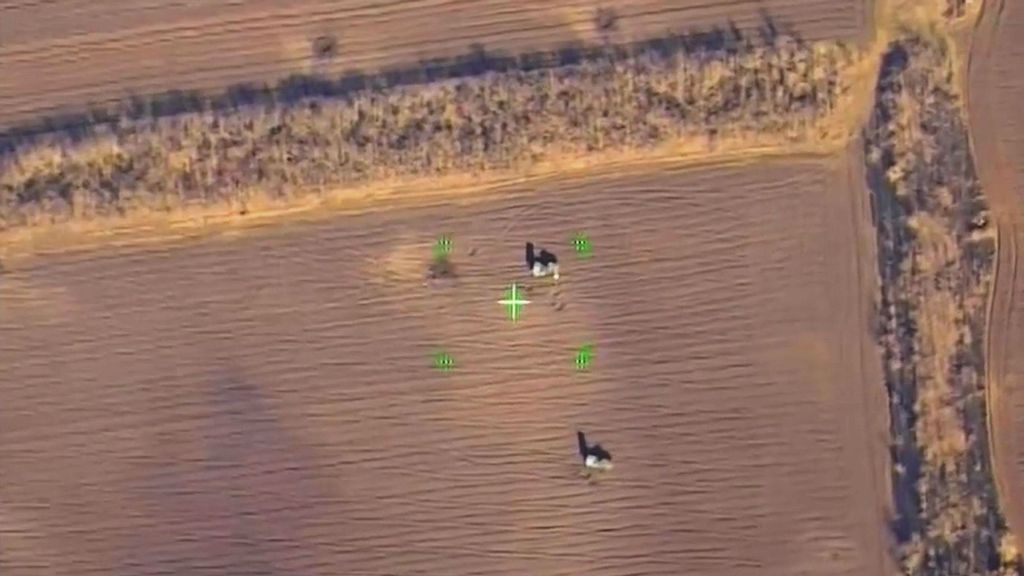 The Ministry of Defense published footage of the destruction of the S-300 air defence systems of the Armed Forces of Ukraine with high-precision weapons, on 1st April, 2022, in Ukraine. (@mod.mil.rus/Zenger).

This footage shows the Russian military apparently destroying an S-300 air-defence missile system of the Ukrainian Armed Forces in a field in Luhansk Oblast amid claims of a successful overnight campaign.

The Russian Ministry of Defence (MoD) said this morning (Friday, 1st April): “Units of the Lugansk People’s Republic, continuing their offensive, blockaded the northern outskirts of Kremennaya and the eastern outskirts of Metelkino. During the night, up to 40 Ukrainian nationalists of 57th Separate Motorized Infantry Brigade, 1 artillery battery, 2 IFVs, and 4 vehicles of various purposes were destroyed.”

The Russian MoD also claimed: “In total, 124 airc[r]aft and 81 helicopters, 353 unmanned aerial vehicles, 1,839 tanks, and other armored combat vehicles, 202 multiple launch rocket systems, 773 field artillery, and mortars, as well as 1,711 units of special military vehicles of the Armed Forces of Ukraine were destroyed during the operation.”

Russian President Vladimir Putin’s forces invaded Ukraine on 24th February in what the Kremlin is still calling a “special military operation” to “demilitarise and denazify” the European state.

The Kremlin said on Friday, 25th March, that the first phase of the “special military operation” was mostly complete and that the Russian Armed Forces would focus on completely “liberating” Ukraine’s breakaway eastern Donbas region.

The announcement appeared to suggest that Russia was focusing on more limited objectives after apparently underestimating the resolve of the Ukrainian resistance.

The United Nations’ International Court of Justice in The Hague, the Netherlands, has ordered Russia to stop its invasion and remove its troops from Ukrainian territory.

Ukraine’s President, Volodymyr Zelenskyy, has said that his government is prepared to discuss adopting a neutral status as part of a peace deal with Russia.