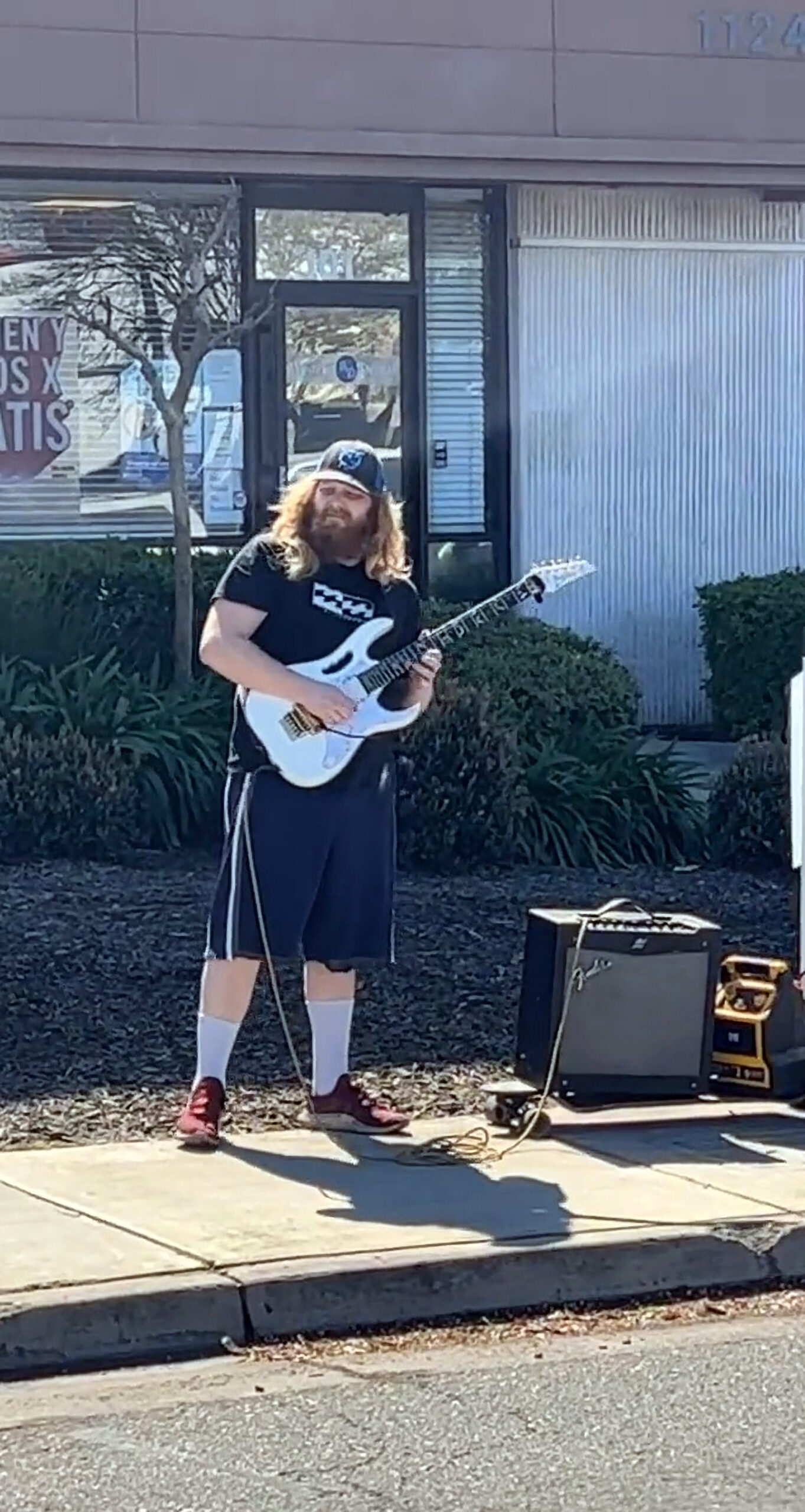 This is the viral moment an outraged rocker performs an electrifying guitar solo outside the offices of Western Dental to protest the service his teen son received.

The protest was filmed outside Western Dental and Orthodontics in the city of Merced, in the US state of California, and the footage was shared on Twitter, where it went viral with 4.2 million views.

The clip shows guitarist Layne Barton performing some rock licks outside the dental clinic while holding up a sign that says “Western Dental Sucks”.

The video was filmed by a passerby who accompanied the post with the message: “Wtf Western Dental do to this man.”

The viral clip reached Barton and he was able to provide an answer.

He told local media: “This place has been an absolute nightmare for my son and I.”

Barton said he had been experiencing issues with the company for months before the guitar protest.

He had selected Western Dental for his 14-year-old son’s braces and was surprised that they were made to wait between one and three hours for every appointment after the first.

He said one appointment was suddenly canceled at the last minute after they had already traveled to the clinic and were again made to wait.

However, Barton said the final straw came when an orthodontist ordered surgery on the boy to correct a crooked tooth.

They traveled 60 miles to Fresno and underwent the surgery. However, when they came back to Merced, their Western Dental orthodontist claimed the operation had been carried out incorrectly and that the teen needed yet more surgery, according to Barton.

The family drove back to Fresno and was told by the surgeon that the procedure was carried out fine. Barton got a second opinion from another dentist who concurred that no further operations were needed.

The father sought answers from Western Dental but claimed his calls went without an answer for over a month so he decided to plug in his guitar outside the clinic.

His viral performance did not go unnoticed and Western Dental reportedly contacted him to issue a refund for his son’s braces.

A Western Dental spokesperson told local media: “We remain committed to continuous improvement each day and are continuing to pursue a dialogue with this patient’s father to move towards a resolution.”

Barton used the same method of protest when a former employer underpaid him on his last paycheque. He performed an acoustic show outside the company’s office and was ultimately paid his money in full.