Year 1 pupils have been exposed to the terrifying clips which sees the creature singing about "hugging and killing"
By Anamarija Brnjarchevska April 1, 2022
Facebook
Twitter
Linkedin
Email 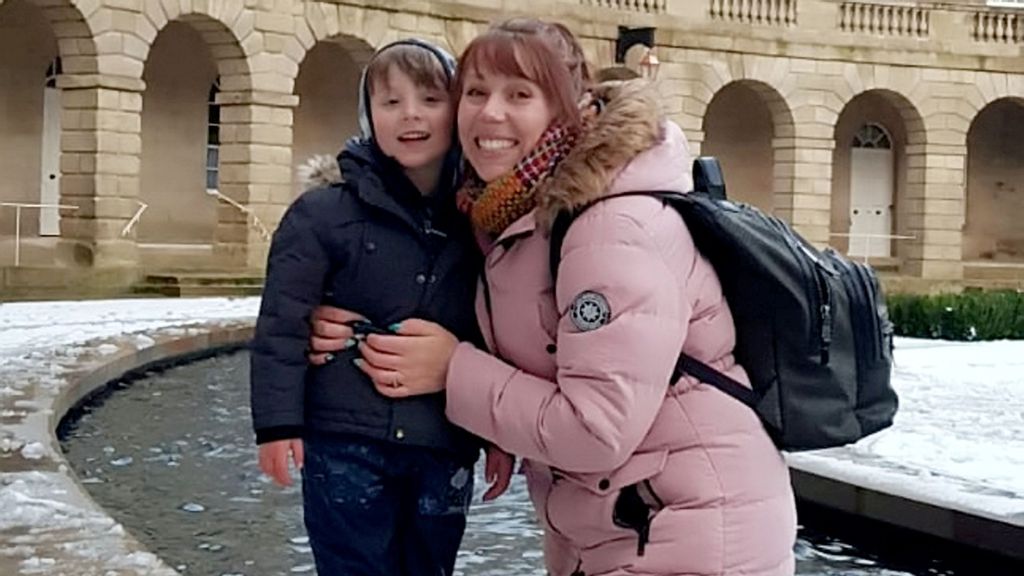 Children as young as five are being left traumatized after watching videos of a killer teddy called 'Huggy Wuggy' - prompting warnings from police, schools and worried parents. (Steve Chatterley/Zenger)

Children as young as five are being left traumatised after watching videos of a killer teddy called ‘Huggy Wuggy’ – prompting warnings from police, schools and worried parents.

School kids have been acting out the razor-toothed horror game character’s actions in the playground after videos slipped through Youtube and TikTok filters.

Year 1 pupils have been exposed to the terrifying clips which sees the creature singing about “hugging and killing” and asking viewers to “take their last breath.”

The worrying trend has been branded the online equivalent of the “Killer Clown” craze, which swept across Britain several years ago.

Police forces have even issued warnings to parents while schools have also stepped in to issue advice to mums and dads.

“Set in an abandoned toy factory Huggy is a villain in the game who stalks the players from vents are unreachable places.

“Videos of the game are available to watch on YouTube, with other clips dedicated to Huggy in songs.

“One song includes the lyrics ‘I could hug you here forever, till you breathe your last breath together.”

Chris Conroy, cyber protect officer for Dorset Police said: “There are videos people have made, songs people have made, and it’s popping up all over YouTube and Tik Tok using this quite graphic imagery of this bear-like character with razor sharp teeth.

“It’s based around jump scares and things you certainly wouldn’t want children exposed to.”

Huggy Wuggy is a character in a puzzle game which sees players attempt to escape their stalking villain in a toy factory.

The game is available on platforms such as YouTube and Roblox and contains disturbing content that is unfiltered due to there being no age rating.

Mr Conroy added: “If you were to use even YouTube kids for example, it may slip through because there is nothing obviously sinister about the name of a video.

“It really comes down to paying attention of what your children are doing and making sure they are not just trusting YouTube Kids videos are safe because unfortunately with videos like this, things do slip through the cracks.”

Police said some schools are seeing children recreate a game in the playground with hugging and whispering nasty things in the recipient’s ear.

A line in one Huggy Wuggy song reads: “I could hug you here forever, til you breathe your last breath together.”

It adds: “My teeth sharp and ready, in my grasp, yeah they’re deadly” while in another, the blue bear invites people to “lean in for a spine-breaking embrace”.

Mum-of-two Rhia Fearn, 35, of Etwall, Derbys., said she was left shocked when her son Harrison, five, came home from school asking about the character.

She said: “A couple of weeks ago he started to talk about Huggy Wuggy, which I innocently thought was a good character because of his name.

“I was asking him questions about whether he was a goodie, and Harrison was adamant ‘no he’s a baddie and he kills people’.

“That was really contradictory for me because I thought ‘that can’t be right – he’s called Huggy Wuggy’.

“He said children at school had been talking about it and one of his friends has been watching it.

“This weekend we were out shopping and he spotted a boy with the teddy and he said ‘that’s Huggy Wuggy, look mummy.’

“It was my first glimpse of the physicality of Huggy Wuggy and that prompted me to ask a bit more about him.

“He told me Huggy Wuggy kills everyone he meets and he’s not nice, he’s a baddie and he’s very mean.

“I believe its accessible on Youtube and it’s really frightening that this Huggy Wuggy has snuck in under my radar as a parent and infiltrated my child’s mind without me even being aware.

“Now I feel really silly for not listening more intently to what my son was telling me and realising the violence this character portrays.

“Kids want to play the games of Huggy Wuggy, they are talking about it in the playground.

“It’s really frightening as a lot of parents will be oblivious to this level of violence our children are being exposed to.

“We need help and awareness because it’s scary how it goes under radar.

“I think I’m pretty conscious what I let Harrison get exposed to but when it happens in conversations in the playground, I think parents and schools need to be more vigilant.”

Another parent added: “All the children are talking about it and showing each other these videos, it’s become a bit of a craze that is getting really popular.

“It’s extremely concerning because this character is really sinister and frankly terrifying. It’s almost becoming the online version of that Killer Clown craze.”

Justine Brown, headteacher at Deal Parochial Church of England Primary School in Walmer, Kent, was among those issuing warnings to parents recently.

She said: “We are seeing children recreating a game on the playground with hugging and whispering nasty things.

“It is a very deceiving character, as hugs should be seen as something kind and loving, and because of its cute name, it can infiltrate firewalls and filters.

“Please be vigilant about what your children are watching.”

One Safeguarding Lead at a school wrote to parents: “It has been brought to my attention that a character named Huggy Wuggy is being viewed by children online, some as young as Year 1.

“The character can easily be viewed on Youtube channels and is a teddy bear with razor sharp teeth that sings worrying songs about hugging and killing.

“One of the videos the bear asks the viewer to take their last breath.

“It is a very deceiving character, as hugs should be seen as something kind and loving, and because of its name is able to infiltrate firewalls and filters.

“I just wanted to inform parents so you are aware and can be vigilant around what your children could be watching.”