Caught With His Pants Down: Barefaced Cheek Of Fleeing 120mph Drugs Suspect

The drugs suspect was later found to have a stash of class-A drugs, firearms and a fake ID.
By Lee Bullen April 1, 2022
Facebook
Twitter
Linkedin
Email 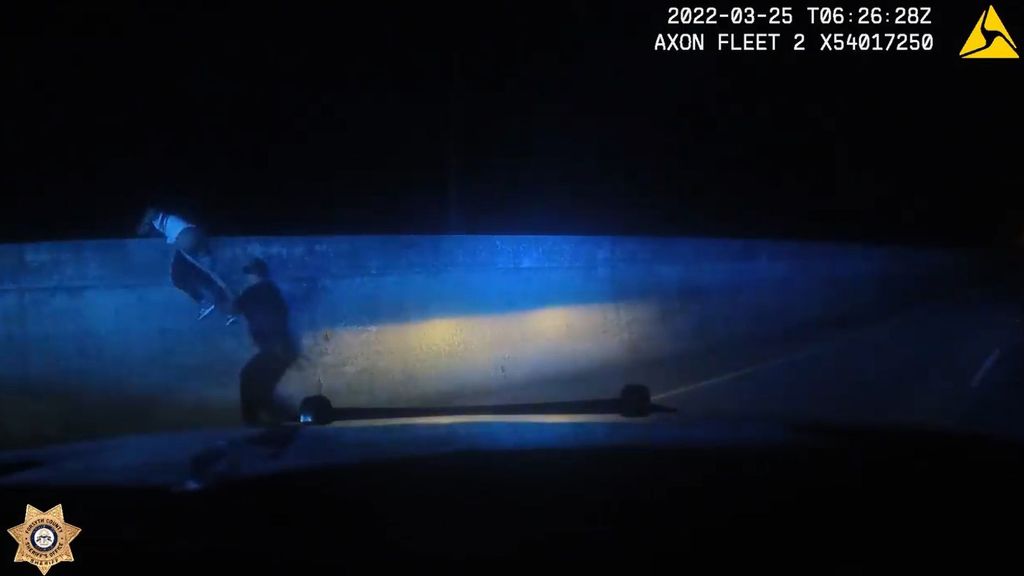 The officers arresting the suspect after a 120 mph chase in Forsyth County, Georgia, USA.  (@ForsythCountySO/Zenger)

A hapless drugs suspect was brought down by his own low-slung gangster-style trousers in a bizarre bid to escape police.

Hilarious footage of the arrest shows the suspect trying to climb over a wall to get away from officers.

But he was grabbed by his baggy trousers and underpants and dragged down to the ground in what looked like an instant impromptu strip search.

He was later found to have a stash of class-A drugs, firearms and a fake ID.

The arrest came after the suspect – named as Demetris Clay, 37 – had led police on a 120mph highway chase through Forsyth County, in the US state of Georgia, in the early hours of 25th March.

In a statement obtained by Zenger News, Forsyth County Sheriff’s Office (FCSO) said: “On March 25th, a little after 2 AM, a deputy was on GA400 Southbound near exit 13 when he came upon a vehicle with a strong odor of marijuana emanating from it.

“The deputy ran the tag and learned it had no valid insurance. The deputy attempted to pull the vehicle over, but the driver refused to stop and fled on GA400 Southbound at speeds in excess of 120mph.

“Additional deputies successfully deployed stop sticks causing all four tires to go flat. The driver attempted to flee on foot but was pulled off a concrete center median and placed in handcuffs.”

The police added: “He also had Identifications in fraudulent IDs and credit cards in the vehicle so he was charged with: Forgery 2nd Degree [and] Identity Fraud.”

The FCSO added the hashtags ‘You Can Run but So Can We’, ‘Not Faster than the Radio’, and ‘Snatched Off the Wall’.