Big Claim: Russian Pilot Back In Sky To Carry Out Mission Hour After Chopper Hit By Gunfire 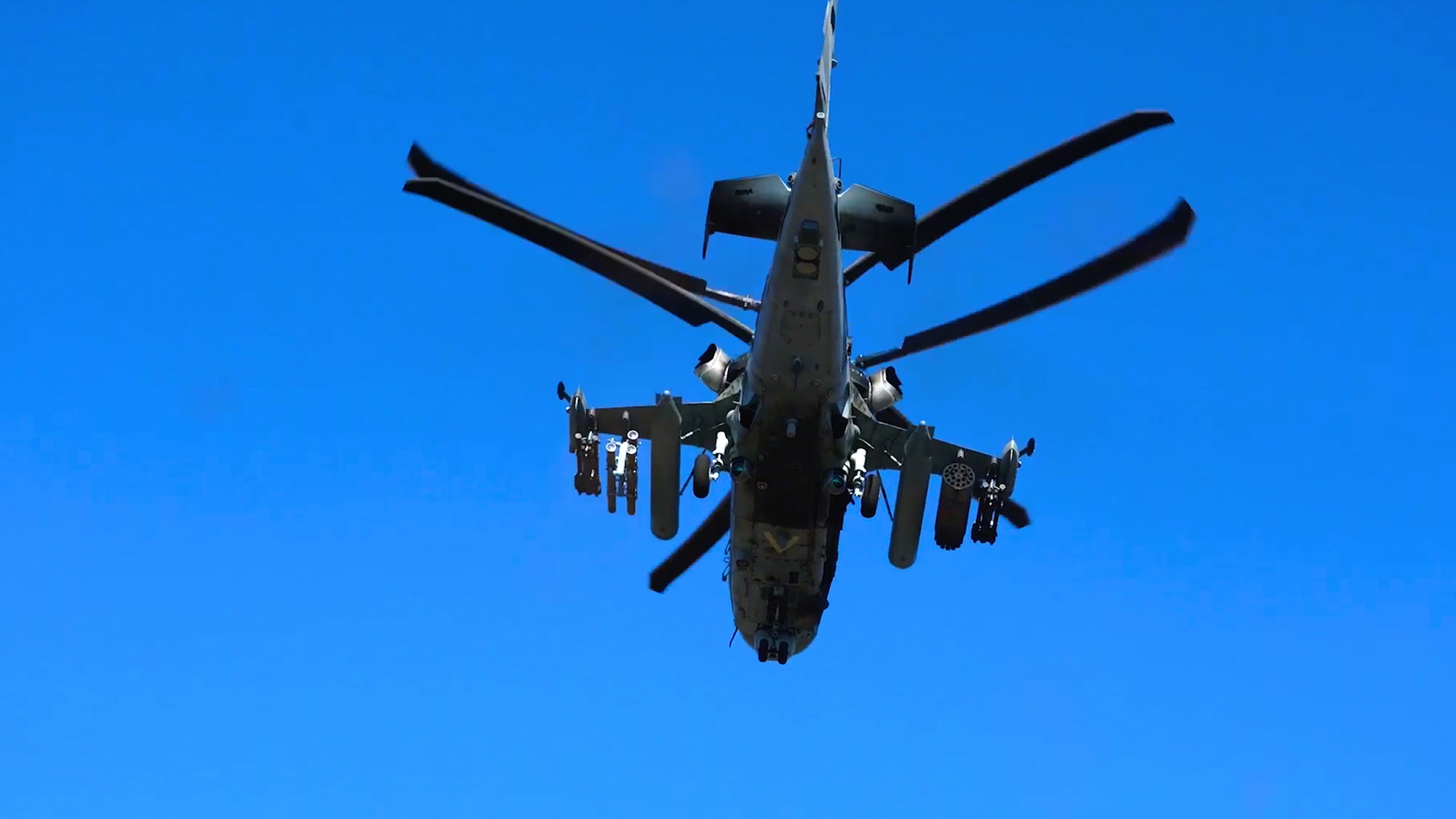 This is the moment a Russian helicopter pilot returns to base with bullet holes in the fuselage and a hit fuel line before allegedly taking to the skies an hour later to complete his mission.

Zenger News obtained the footage from the Ministry of Defence (MoD) of the Russian Federation earlier today (Friday, 1st April).

The Russian MoD said: “The crews of Ka-52 helicopters carried out airstrikes on military infrastructure facilities of the Ukrainian nationalists.

“Flights took place at extremely low altitudes. Military pilots, performing their tasks, managed to save the helicopters that were damaged as a result of shelling.

“At the site of the forced landing, they managed to repair the combat vehicles on their own, after which they continued to carry out their combat missions.”

According to reports, one Ka-52 helicopter was shot four times and both engines failed within two minutes of being hit.

The most severe damage affected the fuel line. In a matter of minutes, almost half a tonne of jet fuel spilled out of the tanks of the still-flying Ka-52, according to the Russian MoD.

The Ka-52 pilot was quoted as saying: “Leaving the helicopter to the enemy seemed unacceptable to me. The chopper was stable, controllable, and the electronics and mechanical components worked properly.”

The damaged helicopter made it to a Russian-controlled airfield and repairs were carried out “under mortar fire from saboteurs of the Armed Forces of Ukraine”, according to the pilot.

The Russian authorities claimed that the chopper was back in the sky again an hour later as the pilot continued with his mission.

The day before, the Russian MoD reported that Ka-52 attack helicopters had destroyed Ukrainian strongholds and key firing positions of Ukrainian armored vehicles.

The Kamov Ka-52 ‘Alligator’ is manufactured by the rotorcraft manufacturing company Kamov, which is based in Lyubertsy, Russia.

A variant is also in use by the Egyptian Air Force, and the People’s Liberation Army Naval Air Force of China also reportedly has a pending order.

The chopper has previously been used during Russia’s intervention in the Syrian Civil War.

“Nationalists” is the Kremlin’s preferred term for Ukrainian soldiers and volunteers, with the Ukrainian authorities routinely referring to them as “defenders” instead.

The latest footage comes as the Ukrainian Defence Ministry reports that Russia has already lost more than USD 10 billion (GBP 7.64 billion) worth of military equipment in Ukraine over the course of the invasion so far.