Police rescued the woman after the pickup went off a steep embankment and dove into an Oregon river.
By Lee Bullen March 31, 2022
Facebook
Twitter
Linkedin
Email 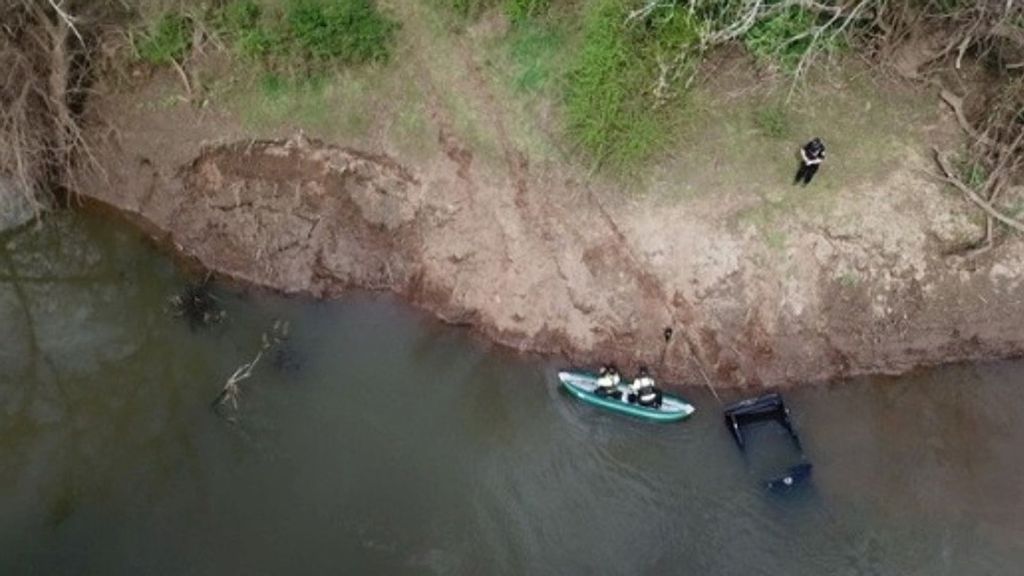 The suspect, Jonathan Michael Laura, crashed into the Tualatin River in Oregon in a stolen pickup and fled, leaving his pregnant girlfriend behind. Authorities later retrieved the vehicle. (Washington County Sheriff's Office/Zenger)

A heavily pregnant woman who cannot swim was pulled out of a river by police after her boyfriend crashed a stolen truck into the water and fled.

The dramatic rescue took place at the Tualatin River, in Washington County, Oregon, after a police chase, in the early hours of March 30.

“The sergeant began to drive away, but soon learned the truck was stolen. The sergeant and several deputies attempted to contact the woman and vehicle again, but the vehicle drove off as they approached.”

According to the statement, deputies saw a male was driving the vehicle, and the female they contacted earlier was in the passenger seat. They tried to pull the vehicle over, but it sped away and turned into a nearby field adjacent to the Tualatin River. The truck’s driver drove through the field for about 300 yards, off a steep embankment, and into the Tualatin River.

The driver climbed out of the vehicle and swam to the far riverbank before running off into the woods with a dog that was with the couple.

“The female passenger exited the vehicle and yelled to deputies that she could not swim as she began to float down the river in the current,” the statement said.

One deputy jumped into the river and swam to the woman. Another deputy threw a rope. The woman told the officers she was six months pregnant.

The sheriff’s office said that officers “took care to ensure she was safely brought to the shore” and “searched for the male driver and dog but did not locate them.”

The pregnant woman was taken to a nearby hospital and later released with no significant injuries.

“The male driver was not located and has been identified as 32-year-old Jonathan Michael Laura,” the sheriff’s office said.

Later that morning, deputies, with the help of the Remotely Operated Vehicle Team and Washington County Animal Services, located the missing dog safe and unharmed.

The manhunt for Laura continues.