Rarest of rare finds in an abandoned limestone mine in a rural area of Brazil said to highlight region's historical importance.
By Joseph Golder March 31, 2022
Facebook
Twitter
Linkedin
Email 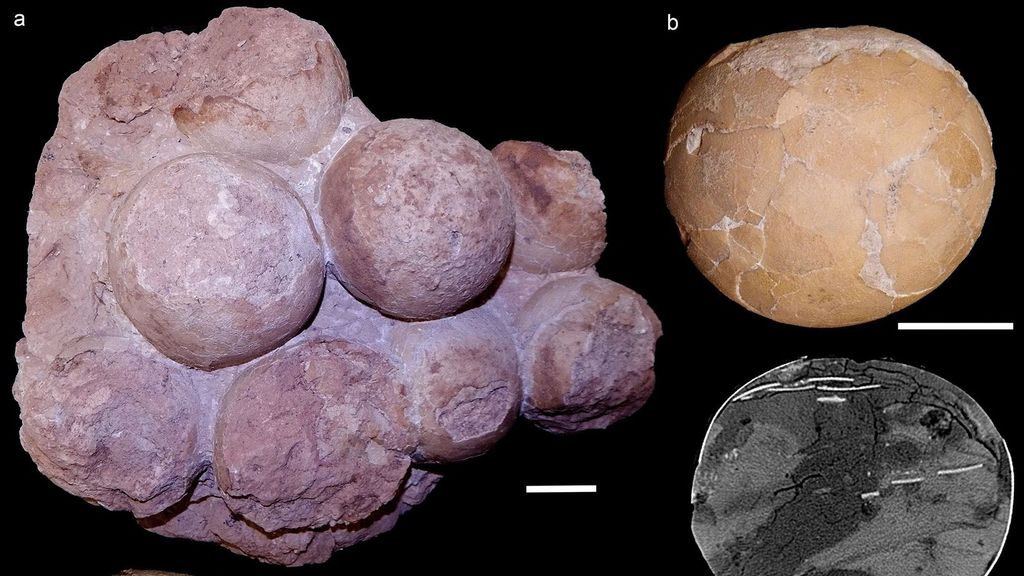 Scientists found about 20 large 80-million-year-old dinosaur eggs when they unearthed a titanosaur nesting site in Brazil.

The dinosaur egg nest, which dates back to the Cretaceous period, approximately 145 to 66 million years ago, was discovered in an abandoned limestone mine in the rural area of Ponte Alta, in the southeastern Brazilian state of Minas Gerais.

Joao Ismael da Silva, a paleontology technician at the Federal University of Triangular Mineiro Ivor Price Paleontological Research Center, made the discovery in the 1990s, but the results of the analysis of the fossilized eggs have just been published.

“In the 1990s, I became aware of the occurrence of dinosaur eggs in Ponte Alta. In conversation with friends of mine who worked in limestone mining, I was able to recover some isolated eggs and, finally, an association of ten spherical eggs.,” Da Silva said in a statement.

A study on the discovery, published in the journal Scientific Reports, was authored by da Silva, his UFTM colleagues Luiz Carlos Borges Ribeiro and Thiago Marinho, and Argentine researchers Lucas Fiorelli and Agustin Martinelli, from the Regional Center for Scientific Research in La Rioja and the Argentine Museum of Natural Sciences.

“From the associations of shells and eggs, and the macro and microscopic characteristics, it was possible to compare them with nests and fossil eggs from other parts of the world, mainly from the important sites already known in Argentina,” the UFTM statement said.

“Titanosaurs were the largest land animals of all time” Marinho said. “The titanosaurs from Uberaba reached up to 25 m [82 feet] in length, which is very striking and contrasts with the size of their eggs (about 12 cm [4.75 inches] in diameter).”

“The titanosaurs,” he said “would have been colonial and generalist in their reproductive aspects, nesting in a herd in a huge area, building massive nests with dozens of eggs, and possibly they would have had philopatric behaviors, something similar to sea turtles that periodically return to nest at the same sites.”

The dinosaurs would bury approximately 10 eggs at a time, in what is known as a brood, in order for the temperature to remain controlled until the babies hatched, not unlike many reptiles today.

“This publication reinforces the importance of the municipality of Uberaba in the field of paleontology, especially dinosaurs, and strengthens the relevance of the Uberaba Geopark Project with UNESCO, [the United Nations cultural agency] since this plurality of discoveries most relevant international geological heritage present in the municipality,” Borges Ribeiro said.

Remains belonging to titanosaurs have been found all over the world. They were a diverse group of dinosaurs and the last of the long-necked sauropods, believed to have been wiped out in the extinction-level at the end of the Cretaceous period.

«Previous Post
VIDEO: In The Pink: Fugitive Flamingo Thrives After 17 Years On The Run»Next Post
Sense Of Direction Depends On Where You Grew Up