Mammals ‘Put Brawn Before Brains To Survive The Post-Dinosaur World’ 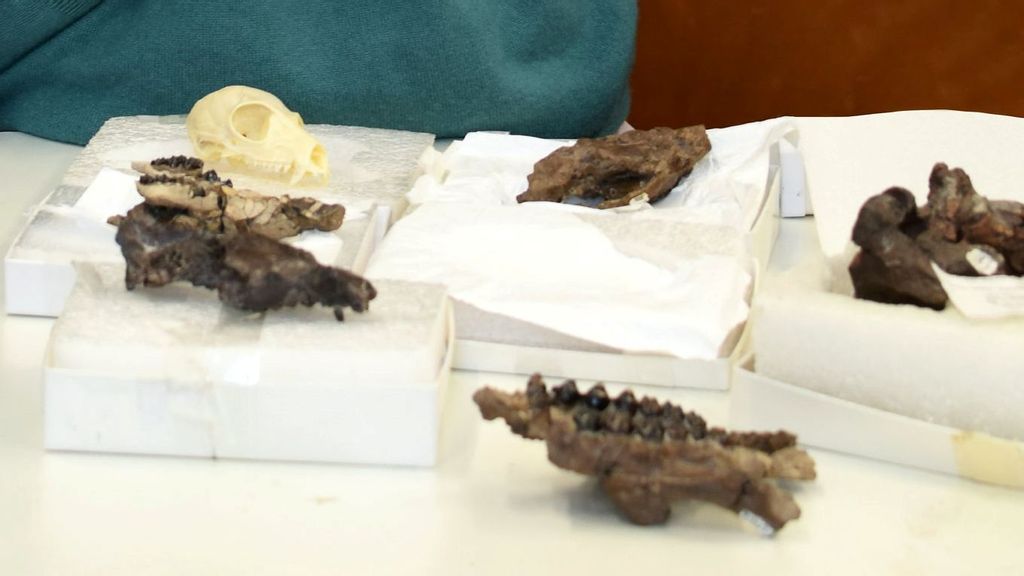 For the first 10 million years after dinosaurs died out, mammals prioritized boosting their body size to adapt to radical shifts in the makeup of Earth’s animal kingdom, according to new research. (Steve Chatterley/Zenger)

Mammals put brawn before brains to survive the post-dinosaur world, according to new research.

Prehistoric mammals bulked up, rather than develop bigger brains, to boost their survival chances once dinosaurs had become extinct and were “fairly dim-witted” compared to mammals today, say Scottish scientists who led the study.

For the first 10 million years after dinosaurs died out, mammals prioritized boosting their body size to adapt to radical shifts in the makeup of Earth’s animal kingdom, according to the findings.

The study, published in the journal Science, show that the size of mammals’ brains, compared with their body weight, decreased following a catastrophic asteroid impact 66 million years ago that ended the reign of dinosaurs.

It had been widely thought that mammals’ relative brain sizes generally increased over time in the wake of the wipeout.

While much is known about the evolution of the brains of modern mammals, it had been unclear how they developed in the first few million years following the mass extinction.

Now, Edinburgh University scientists have shed fresh light on the mystery by performing CT scans on newly discovered fossils from the 10-million-year period after the extinction, known as the Paleocene.

The findings reveal that the relative brain sizes of mammals shrunk at first because their body size increased at a much faster rate.

Results of scans also suggest the animals relied heavily on their sense of smell, and that their vision and other senses were less well-developed.

The researchers say that suggests it was initially more important to be big than highly intelligent in order to survive in the post-dinosaur era.

Around 10 million years later, early members of modern mammal groups — such as primates — began to develop larger brains and a more complex range of senses and motor skills.

The Edinburgh team said that would have improved their survival chances at a time when competition for resources was far greater.

Bertrand, of the University of Edinburgh’s School of GeoSciences, said: “Large brains are expensive to maintain and, if not necessary to acquire resources, would have probably been detrimental for the survival of early placental mammals in the chaos and upheaval after the asteroid impact.”

She said because today’s mammals are so intelligent, it is easy to assume that big brains helped our ancestors outlast the dinosaurs and survive extinction — but that was not so.

Senior author Professor Steve Brusatte, also of Edinburgh University, said: “The mammals that usurped the dinosaurs were fairly dim-witted, and only millions of years later did many types of mammals develop bigger brains as they were competing with each other to form new ecosystems.”

The badlands of northwestern New Mexico are among the few places where scientists can find complete skulls and skeletons of the mammals that lived immediately after the mass extinction of dinosaurs.

Thomas Williamson, Curator of Paleontology at the New Mexico Museum of Natural History and Science, added: “Collecting and CT scanning many of the beautiful fossil skulls has led to this new understanding of what these bizarre animals were like and the evolution of the mammalian brain.”

«Previous Post
VIDEO: Dog Of War: Jessie The Ukrainian Frontline Pup Knows When Russian Bombs Are Coming»Next Post
VIDEO: In The Pink: Fugitive Flamingo Thrives After 17 Years On The Run