Woman Stabs Officer In Neck When He Responds To Car Crash

A Florida woman is being held on an attempted first-degree murder charge after attacking an officer who offered her assistance.
By Joseph Golder March 30, 2022
Facebook
Twitter
Linkedin
Email 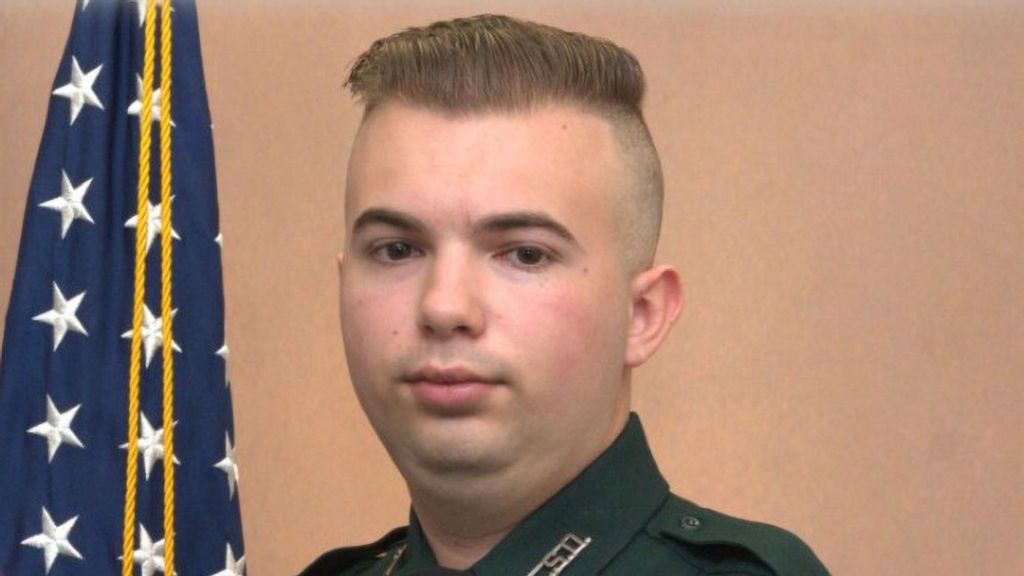 Deputy Cody Colangelo was stabbed in the neck on March 23 in Fort Pierce, Florida, while trying to help a woman after a car crash. (St. Lucie County Sheriff's Office/Zenger)

A woman suddenly stabbed a police deputy in the neck, when he tried to help her after a car crash.

Body-camera footage shows the moment the incident happened. The attack took place in the 12500 block of South Indian River Drive, in Port St. Lucie, Florida, at around 11 p.m. on March 23.

The St. Lucie County Sheriff’s Office shared images and a statement, which confirmed the deputy, Cody Colangelo, 22, survived the incident and is recovering from his ordeal.

Police deputies responded to a call about a rollover crash, but found the vehicle empty when they arrived on the scene. Deputy Colangelo then located the driver, named as 21-year-old Leigha Michelle Day, at the bottom of an embankment near the scene.

Footage released by the St. Lucie County Sheriff’s Office shows the scene through the police deputy’s body camera. He walks in the dark toward a woman who can be seen at the bottom of the embankment, with the sound of waves in the background.

The deputy asks the woman, later identified by police as Day: “Hello, what’s going on?”

Day can be heard crying. The police officer communicates with his colleagues over his radio before asking the woman again: “What’s going on?”

Day does not immediately reply before eventually saying: “I don’t know.”

Deputy Colangelo then asks her: “You don’t know?”

The deputy then asks Day if she was in a crash, but she does not respond and turns, apparently beginning to walk away. The officer asks her to refrain from doing so and asks her to approach.

Day can then be heard saying: “Wait. Hold on.”

Deputy Colangelo disagrees and begins to approach the woman. He clambers down some steps, so he is on her level, and asks her to approach again.

Day can be seen crying, with her hands behind her back. The police officer directs her to walk up the steps with him and leave the area near the water. The woman then bends over as she cries that she does not want to, adding: “I’m scared.”

He then directs Day up the steps and this time, she complies. He instructs not to run, as it is dangerous in the dark.

Deputy Colangelo follows her up the steps. Day can be heard crying before she suddenly swings around and allegedly strikes the officer in the neck with the knife. The footage then ends.

The St. Lucie County Sheriff’s Office released a first statement on March 24 saying: “Sheriff’s Office deputy sustains life-threatening injury after an altercation with a woman involved in a rollover crash.”

The sheriff’s office said in a subsequent statement, dated March 27, and attributed to Chief Deputy Brian Hester: “We are so thankful for the doctors and nurses at Lawnwood for the great care they have provided Deputy Colangelo. He is recovering well and resting comfortably at home. We also thank our community for the outpouring of support.”

The police said the suspect has been detained and charged with attempted first-degree murder of a law-enforcement officer.

«Previous Post
HEIST DID IT: Courtroom Confession From Gang Member In $126 Million Theft»Next Post
Schoolgirl Who Played Dead To Escape Killer Who Stabbed Her Mom Suffers From PTSD, Family Say