Why Most Americans Chose This Day To Go To Therapy

Fifty-nine percent would rather have therapy in the morning than the afternoon (26 percent) or evening (6 percent).
By Anamarija Brnjarchevska March 30, 2022
Facebook
Twitter
Linkedin
Email 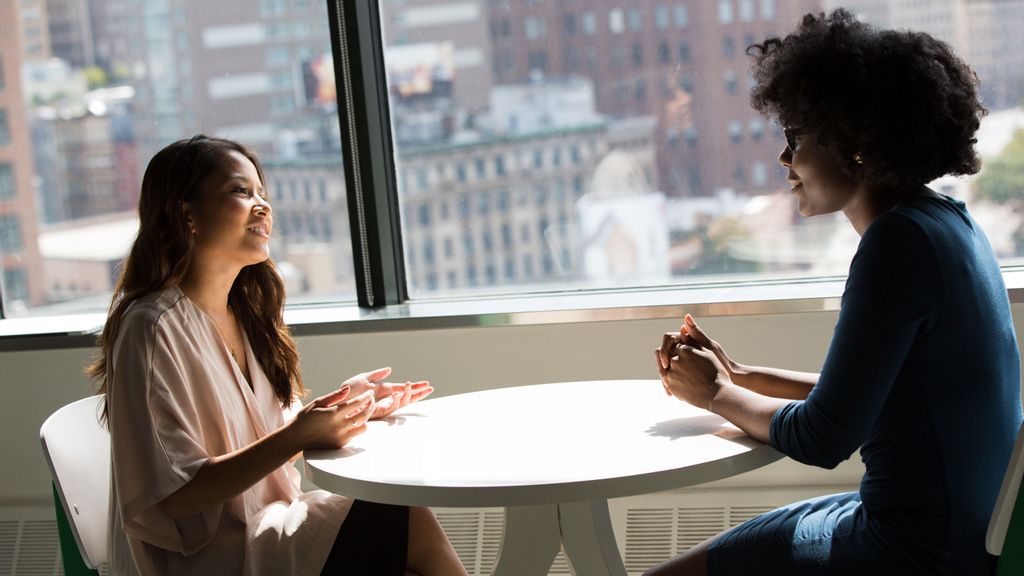 In a recent survey, almost eight in 10 (79 percent) said they would rather have therapy during the workweek than the weekend (12 percent). (Josh Castronuovo/Zenger)

Americans could be using therapy to cure their midweek slump, new research suggests.

In a poll of 2,009 adults, 59 percent have either attended or currently attend therapy.

Of those respondents, almost eight in 10 (79 percent) would rather have therapy during the workweek than during the weekend (12 percent).

About one-quarter (26 percent) prefer to have their session on a Wednesday, specifically.

The poll, conducted by OnePoll on behalf of BetterHelp, found that for 35 percent, how they feel after a therapy session is greatly dependent on which day of the week the appointment took place, even more so than the weather outside (31 percent) or by recent current events (30 percent).

Fifty-nine percent would rather have therapy in the morning than the afternoon (26 percent) or evening (6 percent).

Further narrowing down their preferences, 57 percent of respondents prefer their therapist to be older than them.

“You squeeze in all kinds of things into your schedule when you find them to be valuable, necessary, and important to you, and that’s how you incorporate therapy sessions into your life,” says Haesue Jo, licensed therapist and head of clinical operations at BetterHelp. “You prioritize them. You adopt the belief that your mental wellness and maintenance of your health is valuable, necessary, and important. You save space for sessions, you schedule sessions, you show up to sessions, and you incorporate insight and learnings between sessions.”

Time and day aside, almost eight in 10 (77 percent) believe they would benefit from being able to message their therapist whenever they needed.

The poll also asked respondents to describe the goals they set for 2022.

While 31 percent said they’d like to learn a new hobby and 26 percent are vying for a promotion at work, others are working on their mental wellness.

One in three respondents (34 percent) are aiming to reduce their anxiety.

Eighty-five percent of those surveyed acknowledged that their family and friends have varying degrees of impact on their overall health and happiness.

When asked what actions respondents believe are necessary for good mental health, resting (37 percent), eating a balanced diet (35 percent) and socializing with others (31 percent) ranked high among respondents.

Research also revealed that respondents spend the same amount of time caring for their mental health and physical health every week.

The average person spends about four hours per week maintaining their physical and mental state, which equates to about 347 hours, or 15 days total per year.

Even so, one in 10 don’t dedicate any time per week to their mental and physical health.

Respondents also noted that physical and mental health work in tandem with one another. About four in 10 (39 percent) said both are equally important when it comes to how healthy you feel overall.

But others prioritized mental health slightly over physical health, 29 percent vs. 25 percent respectively.

Eight in 10 believe their physical health is dependent on factors completely outside their control, but only about six in 10 (57 percent) say the same about their mental health.

“Holistic wellness considers all aspects of what makes you feel healthy,” says Jo. “Some may ponder, ‘The chicken or the egg?’ and sometimes I ponder, ‘physical or mental/emotional wellness?’ Only focusing on one of these aspects leaves you vulnerable to unwellness overall, since mental and physical health are so intertwined.”