Northern Lights Could Glow Over The US Wednesday Night

Clouds will be an issue for skywatchers across most of the Northwest, Midwest and most of eastern Canada.
By Brian Lada March 30, 2022
Facebook
Twitter
Linkedin
Email 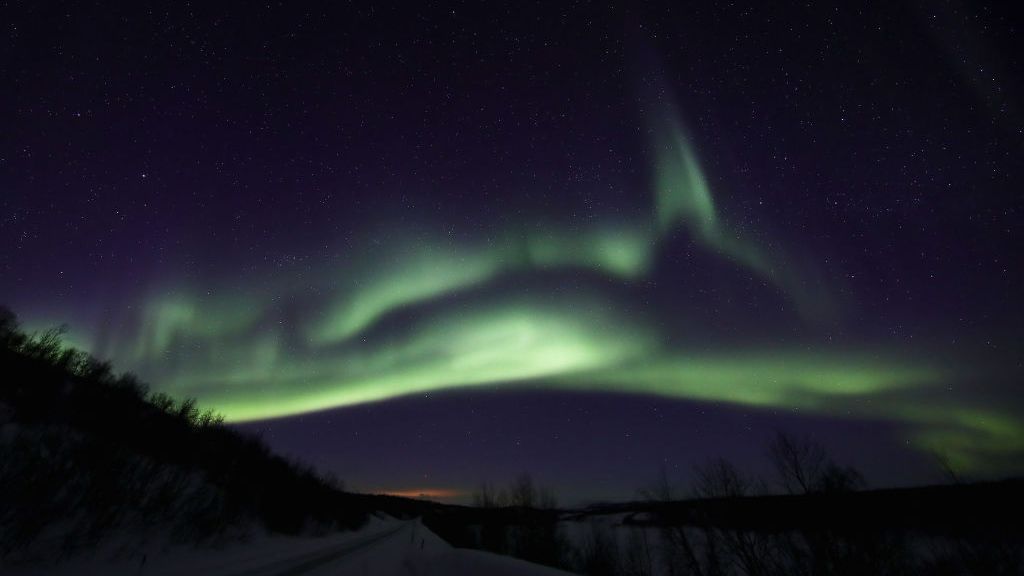 A general view of the Aurora Borealis, or Northern Lights, near Road 93 between Kautokeino and Alta on March 28, 2017, in Finnmark, Norway. File photo. (Dean Mouhtaropoulos/Getty Images)

Activity has been ramping up on the surface of the sun over the past week, and a recent burst of activity could lead to an outbreak of the Aurora Borealis across Canada and the northern United States.

On Monday, NOAA’s sun-watching satellites detected two eruptions on the surface of the sun that sent enormous clouds of charged particles blasting through space. These events are known as coronal mass ejections (CMEs).

After analyzing the eruptions, NOAA’s Space Weather Prediction Center (SWPC) said that the Earth is directly in the path of these two CMEs, which is good news for folks hoping to get a glimpse of the aurora.

Further analysis found that the second CME is traveling through space slightly faster and will eventually catch up and merge with the first, forming one massive cloud of charged particles before arriving at Earth late on Wednesday.

These CMEs originated from an area on the sun that AccuWeather highlighted last week as an area to watch for potential solar eruptions.

When the charged particles from the CME hit Earth’s magnetosphere, the collision creates the awe-inspiring phenomenon known as the aurora.

Significant events could also lead to issues with GPS systems, satellites in space and some communication systems, but the SWPC said that impacts to technology from this week’s event will “generally remain small.”

When conditions are perfect, an event of this size can cause the northern lights to glow over New England, Great Lakes, the northern Plains and part of the Pacific Northwest.

However, AccuWeather meteorologists say that far-reaching clouds will be an issue for skywatchers hoping to spy a glimpse of the lights across most of the Northwest, Midwest and most of eastern Canada.

Cloud-free weather will be beneficial for folks across part of the northern Plains, Canadian Prairies and into the Rocky Mountains, while some clouds could pose an issue in Washington and British Columbia.

For the best chance at seeing the aurora, head to a dark area away from light pollution and look toward the northern horizon.

More opportunities to see the northern lights could be on the way in the coming week as more eruptions on the surface of the sun are possible.

It is difficult for scientists to predict when exactly these eruptions will happen and how big they will be, but the bigger the eruption, the higher the chance is to see the aurora a few days later on Earth.

This week’s event is just a preview of what is expected to unfold in the coming years.

Currently, the sun is transitioning from the solar minimum to the solar maximum, with the peak of the solar maximum not expected until 2025. During the solar maximum, eruptions like the ones that happened this week are common, translating to plenty of opportunities to see the Aurora Borealis put on dazzling displays in the night sky over the next few years.