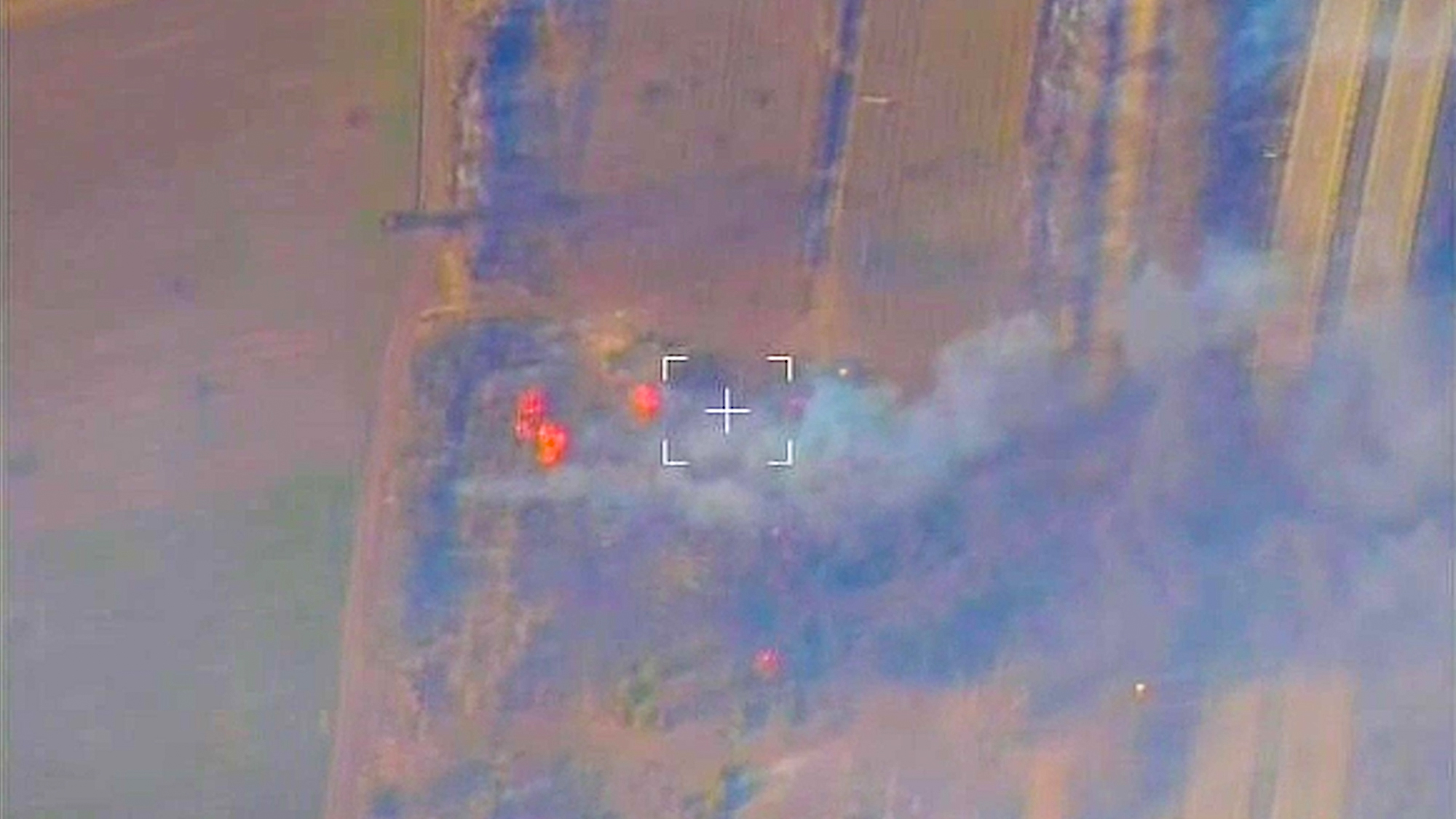 In this screenshot from a video, the destruction of Ukrainian truck-mounted rocket launcher system is being depicted, according to the Russian military. (Ministry of Defense of Russia/Zenger)

Defiant Ukrainians manning a truck-mounted rocket launcher system were captured on video continuing to fire back despite a Russian attack that damaged them and destroyed neighboring vehicles.

The footage was shared March 28 by the Russian Ministry of Defense, which said that it shows the “destruction of Ukrainian MLRS ‘Grad’ installations.”

MLRS stands for Multiple Launch Rocket System, and the ‘Grad’ most likely refers to the BM-21 Grad or a variant thereof, which is a truck-mounted rocket launcher system first developed by the Soviet Union in the 1960s. This type of vehicle is able to fire a large volume of rockets in quick succession.

The Russian Ministry of Defense did not say where exactly in Ukraine these images were filmed, but the footage, which appears to have been shot from a drone, shows a number of explosions on the ground, which could either be the result of the vehicle or vehicles firing or Russian forces successfully hitting them with their own ordnance.

The footage then cuts to what appears to be a close-up of the same location, with explosions seen occurring on the ground and a large plume of black smoke rising into the air as the military vehicles are allegedly destroyed.

But after what the ministry said was an attack that resulted in the successful destruction of the Ukrainian military vehicles, at least one can apparently be seen still firing multiple rockets.

The last stand can be seen as the badly blasted unit continues to fight to the last missile.

It is unclear if the forces on the ground were targeting the drone.

The Russian Ministry of Defense’s images and statements were carried by state-controlled media outlets as well.

The Russian authorities have threatened media outlets that call President Vladimir Putin’s actions in Ukraine a “war” instead of their preferred designation of “special military operation.”

In the interview, Zelensky accused Russia of forcibly removing Mariupol residents — including 2,000 children — and sending them to Russia. Mariupol officials first began sounding the alarm about forced deportations on social media March 19, with national politicians commenting soon after.

The claims have not been independently verified.