The frightened animal got its antlers tangled in netting and was freed by local officers.
By Lee Bullen March 29, 2022
Facebook
Twitter
Linkedin
Email 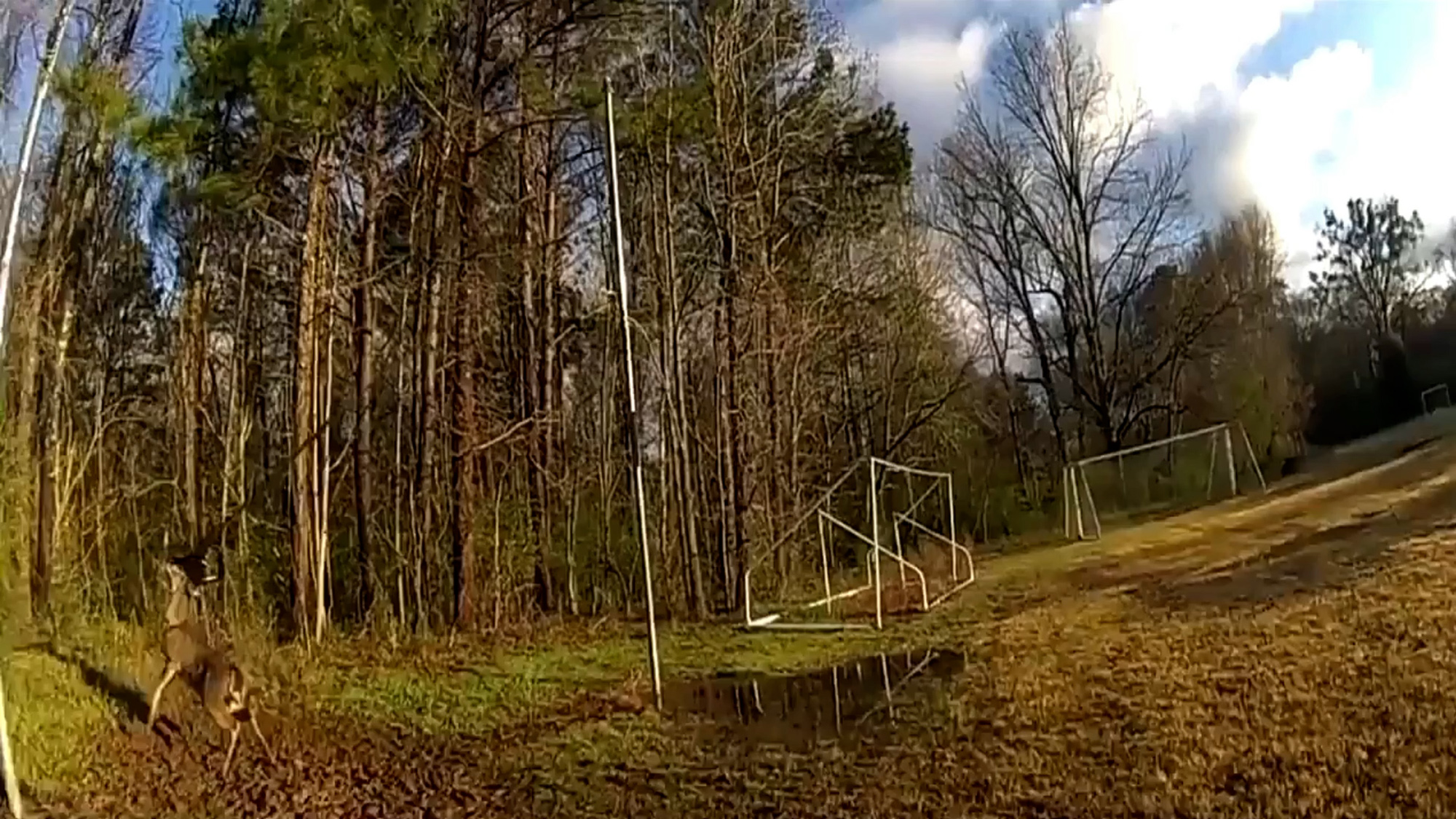 A hapless deer that got its antlers caught in netting has been saved by helpful police in Sandy Springs, Georgia.

The Sandy Springs Police Department posted a video of the moment on social media, captured by an officer’s body-worn camera. Two officers rescued a deer by cutting it from an entanglement. The footage begins with the officers approaching the terrified animal, which can be seen with its antlers tangled up in netting between two poles.

The poor deer appears to be frustrated as it tries to free its antlers and snout.

One officer is holding the animal, trying to soothe it by gently saying: “here we go, here we go.” As his colleague cuts at the netting with a small blade, he reassures the deer: “Now you can breathe, now you can breathe.”

The animal can be heard panting as the netting is cut away. At the same time, the officer moves methodically, warning his colleague that he doesn’t want to cut toward his hand.

The deer is heard groaning as the officer carefully cuts the rope wrapped around its antlers. One of the officers can then be heard saying: “Come on, buddy! Almost there.”

The footage then cuts to the pair eventually freeing the animal, with a third officer’s legs visible in the frame.

One of the other officers appears to take hold of the animal’s antler as it is freed, to avoid being injured. Then he tells it to “move, move, move.”

The deer quickly runs across the field and splashes through a puddle before leaping through some posts, and darting into nearby woods.

One of the officers cheers and applauds their rescue efforts as the footage ends.

Welsh police officers had a similar experience in January. They rescued a terrified, semi-airborne deer after its antlers became tangled in a tree swing rope, using nothing but scissors.

The incident took place near the market town of Welshpool, located in Powys County, in Wales, U.K. Police officers had to proceed with caution, as the sharp antlers could have caused them serious injury. The footage, also filmed by a body-cam, shows the animal flailing and tangled up in the swing.

One of the police officers tries to grab the rope, but the deer launches off its hind legs and its antlers miss his face by inches. Eventually, the frightened animal tires and stops lunging — and the officers are able to free it.