Although specimens of the bird species were held in museum collections around the world, they were misclassified.
By Anamarija Brnjarchevska March 29, 2022
Facebook
Twitter
Linkedin
Email 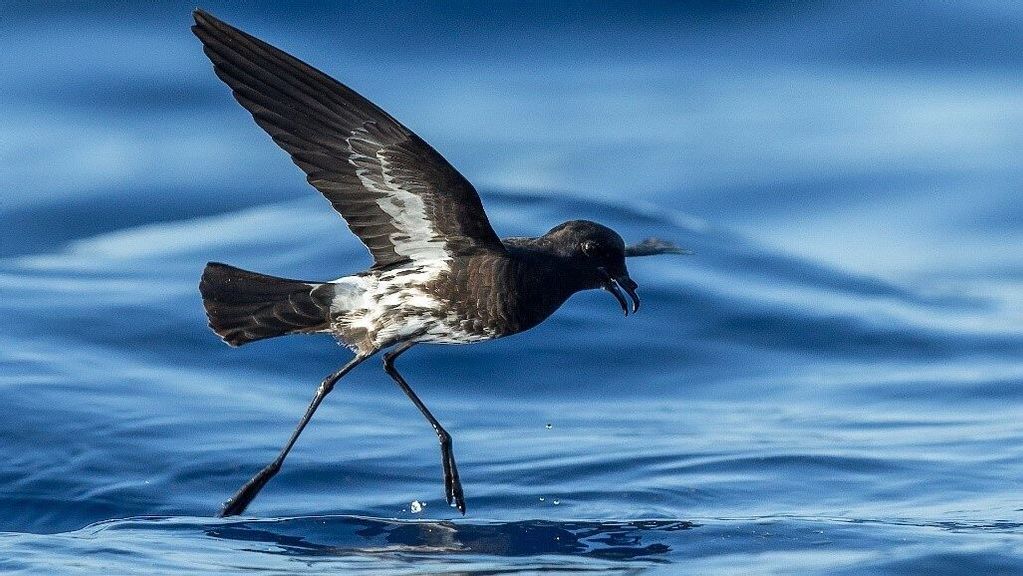 The New Caledonian storm petrel (Fregetta lineata) dashes across the sea. The word “petrel” is thought to be derived from “Peter,” alluding to the biblical account of Peter walking on water. This bird was photographed in January 2020, off New Caledonia. (Hadoram Shirihai/Tubenoses Project/Zenger)

A newly discovered seabird has been placed straight on the “critically endangered” species list.

The fate of the New Caledonian storm petrel, found in the South Pacific, rests on scientists being able to find and protect its breeding grounds.

The population is estimated at between 100 and 1,000 pairs as they are nocturnal, discreet and tend to nest on isolated islands.

The birds were first spotted off the islands’ capital of Nouméa in 2008 and again in the Coral Sea, east of Australia, in 2010.

An international team of scientists has identified the new species as Fregetta lineata in a study published in the Bulletin of the British Ornithologists’ Club, but they say time is running out for the species unless the breeding grounds are found quickly.

“We present evidence that confirms the streaked Fregetta lineata is a valid extant species that breeds on New Caledonia and endorse the vernacular name New Caledonian Storm Petrel,” the study’s abstract stated.

The birds are distinct from other storm petrels because of their streaked belly compared with the latter’s white belly.

Five specimens collected during Pacific expeditions more than 100 years ago were recently rediscovered in museum collections around the world, but they had been wrongly assigned to different species.

Three of these specimens have now been identified as the New Zealand storm petrel, which was once thought to be extinct but was later spotted in 2003.

Scientists initially thought they had glimpsed this New Zealand species in New Caledonia in 2008.

But the recent study of the morphology and genetics of the other two mysterious museum specimens — one collected from the Marquesas Islands in 1922 and one from Samoa in 1839 — revealed they were in fact members of a new, distinct species.

A third, more recent, specimen collected in 1973 on an island off Brisbane, Australia, was also confirmed to be a member of the new species.

The researchers have already spent many nights searching for the birds’ breeding grounds on small islands in the southern lagoon of New Caledonia but have had no luck.

They believe it could be located on islands in the unexplored Bouloupari Lagoon or further inland along the Tontouta River Valley, where another species of petrel breeds.

Between one and five new bird species are reportedly discovered every year, adding to the 10,000 — or as many as 18,000, according to a 2016 study — that have already been documented worldwide.