Keeper Mauled When He Tried To Pet Tiger At Feeding Time

The worker was warned not to touch the animal. The attack took place at Wooten's Everglades Airboat Tours in Florida.
By Lee Bullen March 29, 2022
Facebook
Twitter
Linkedin
Email 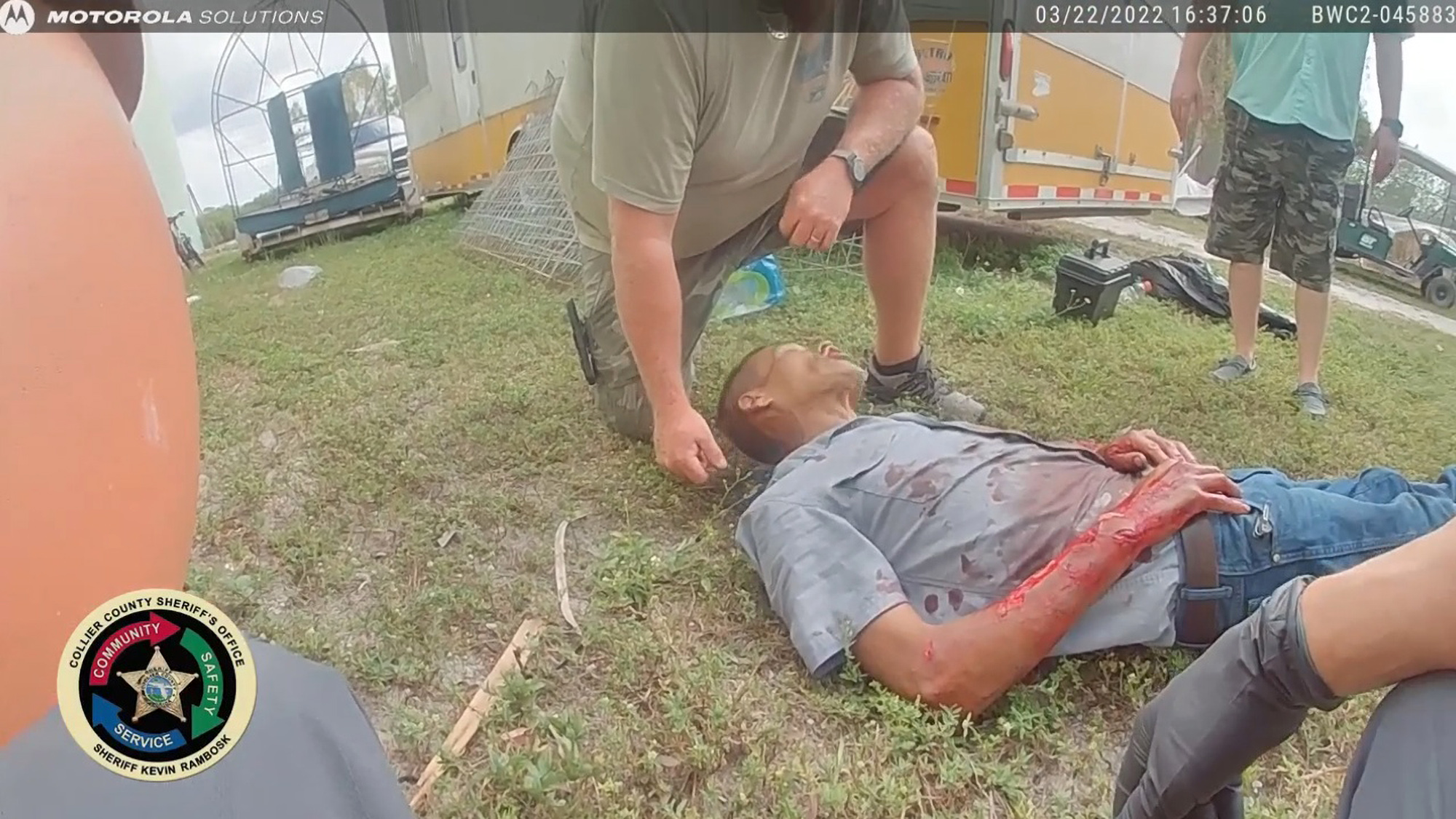 A keeper who tried to pet a wildlife park tiger at feeding time was badly injured when the big cat chewed both his arms.

Footage of the aftermath of the attack was released by police showing the bloodstained keeper lying on the ground in visible agony while waiting for paramedics to take him to the hospital.

The victim has been named as Ignacio Meabe Martinez; colleagues call him “Nacho” in the footage. He had been warned by other staffers not to put his hand in the tiger’s enclosure.

The images show the victim lying on his back asking for water, while another man says he has to wait for the emergency services to arrive.

The Collier County Sheriff’s Office shared the footage on March 25.

“We are releasing body-camera video from deputies who responded to a report of an encounter between a man and a tiger in an enclosure at Wooten’s Everglades Airboat Tours on Tuesday afternoon,” the sheriff’s office said in a statement accompanying the video.

“Ignacio Meabe Martinez, 48, was transported to an area hospital for treatment by Collier County EMS. The Florida Fish and Wildlife Conservation Commission (FWC) is investigating.”

Martinez was with a colleague at feeding time when he placed his arms through the bars to pet one of the tigers, according to the sheriff’s office.

The coworker told him to stop, but the “tiger grabbed both of the subject’s arms with his mouth and briefly held him before letting go.”

When officers arrived on the scene, they found the victim lying on his back with open wounds to his arms.

The victim was airlifted to the Gulf Coast Medical Center in Fort Myers, Florida, for medical treatment. There have been no further updates on his condition or what, if anything, will happen to the tiger.

In December 2021, an officer from the Collier County Sheriff’s Office had to shoot and kill a Malayan tiger named Eko at Naples Zoo in southwest Florida, after it attacked worker River Rosenquist when he approached its enclosure.

A tiger also killed a woman in a safari park after she was sent to clean up the area, but was not informed the animal’s cage door was open. Ecotourism graduate Catalina Torres Ibarra was killed at Safari Rancagua in the central Chilean city of the same name on Aug 6, 2021.