While no injuries have been reported, officials are worried that another avalanche could occur at any time
By Brian Lada March 29, 2022
Facebook
Twitter
Linkedin
Email 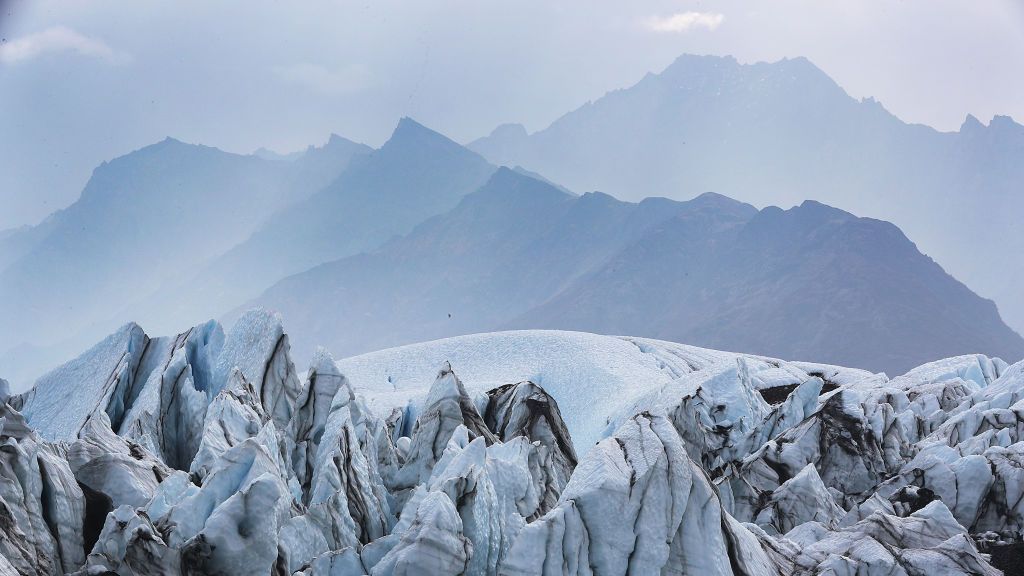 It has been nearly a week since a massive avalanche near Eagle River, Alaska, on March 24, but the danger is not over yet. Anchorage Mayor Dave Bronson issued an emergency disaster declaration for the area near the slide. File photo. (Joe Raedle/Getty Images)

It has been nearly a week since a massive avalanche near Eagle River, Alaska, cut off dozens of families from access to the outside world. And the danger is not over yet.

The avalanche occurred just before midnight on March 24 in the outskirts of Eagle River, located about 10 miles northeast of Anchorage. Hiland Road, which is the only way in and out of one community of around 100 homes, was buried by as much as 80 feet of snow in a matter of minutes, Reuters reported.

“The size of this avalanche is massive,” Anchorage Municipal Manager Amy Demboski said. “It has been described by avalanche experts as a once-in-a-hundred-year event.”

While no injuries have been reported, officials are worried that another avalanche could occur at any time, endangering lives and property.

On Sunday, Anchorage Mayor Dave Bronson issued an emergency disaster declaration for the area near the slide, citing “a grave and immediate threat to the health, safety and welfare of the citizens,” according to Reuters.

“Due to the potential danger posed by the remaining snowpack on the mountain, mitigation efforts cannot commence until residents have evacuated the area,” the declaration said. Bronson warned that another uncontrolled avalanche could result in the loss of lives.

Even if everything goes smoothly, Bronson said that the snow removal will take at least two weeks to complete. Another slide could further delay the reopening of the road.

Despite the road being buried, emergency crews have created a small trail to reach residents who have been stranded and who need to evacuate, according to Reuters.

It is unclear when the families will be able to return to their homes, but controlled slides and avalanche mitigation efforts will help to speed up the process.

According to Demboski, without the help of mitigation efforts, Hiland Road could be buried in snow until the summer.

The weather should largely cooperate with operations around the site of the slide throughout the week.

Mainly clear conditions are in the forecast through Friday with afternoon temperatures in the 40s and low temperatures right around freezing.