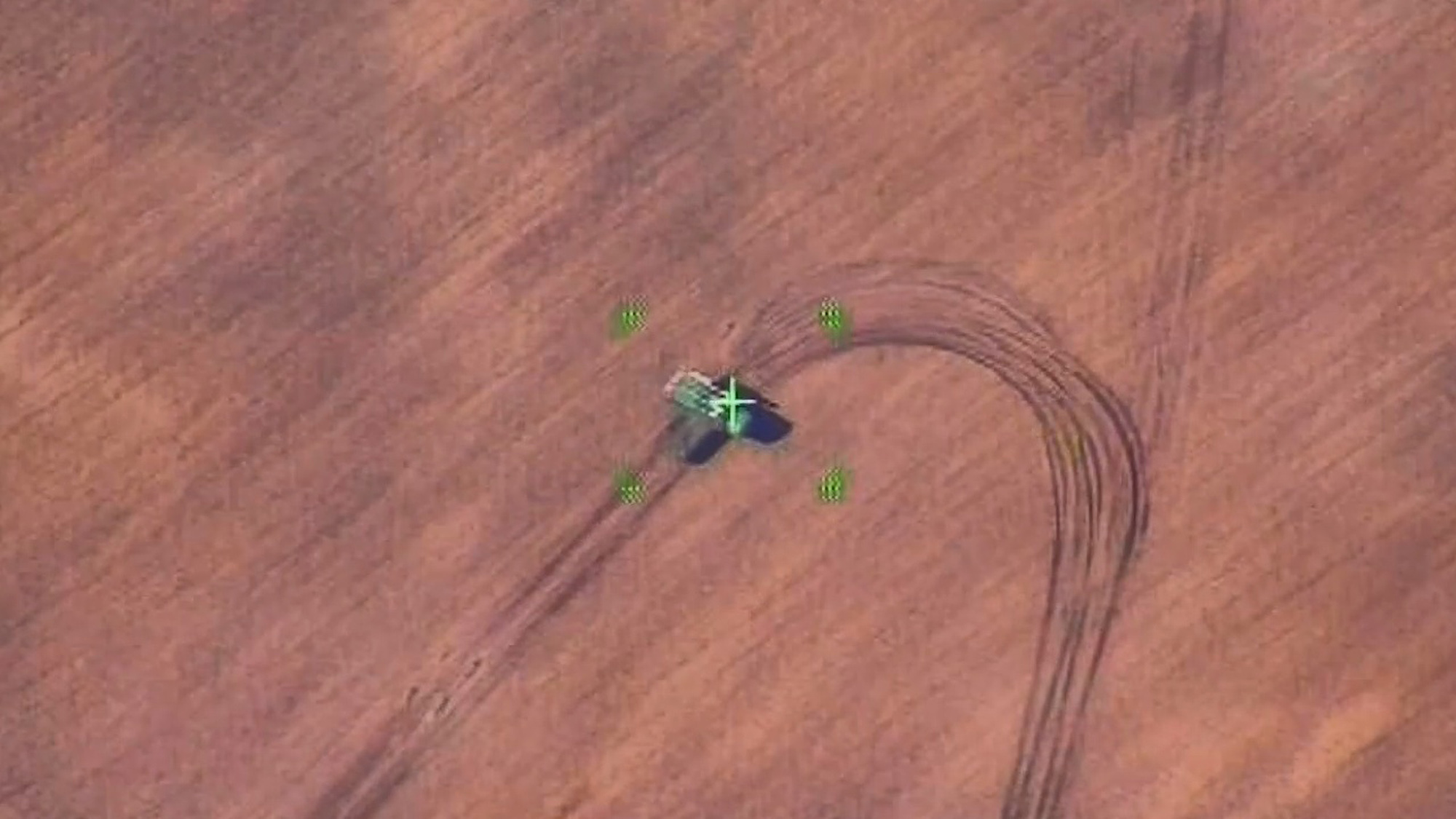 A Russian missile targets what the Russian Ministry of Defense says is a Buk anti-aircraft missile system of the Armed Forces of Ukraine in this screenshot from a video released on March 26, 2022. (@mod.mil.rus/Zenger)

The Russian Ministry of Defense said its missiles destroyed a Ukrainian anti-aircraft missile system and released footage of the incident on March 26, 2022, that began with an unmanned aerial vehicle (UAV) filming the target on the ground, which suddenly explodes in a large ball of fire, with smoke rising into the air.

The area of impact is so large that the UAV camera has to zoom out to capture the whole explosion.

The footage showed “the destruction of a Buk anti-aircraft missile system of the Armed Forces of Ukraine by high-precision missile weapons in the Kiev region,” the Russian Ministry of Defense said in a statement accompanying the released footage.

“The strike was controlled by an unmanned aerial vehicle. The air defense system was destroyed by an accurate hit on the target,” the statement said.

Buk missile systems were originally designed by the Soviet Union to defend against enemy aircraft, smart bombs and incoming missiles.

The Russian Ministry of Defense said that the “missile strike was carried out by the Iskander operational-tactical complex.” Russia produces the Iskander, a mobile, short-range ballistic missile system.

More talks on ending the Russian–Ukraine war, now well into its fifth week, are scheduled for Tuesday and Wednesday in Istanbul, Turkey.

“Regrettably, we cannot say there have been any significant achievements or breakthroughs so far,” Russian presidential spokesman Dmitry Peskov told reporters Monday. But he said the face-to-face meeting in Turkey could allow for “more focused, tighter and meaningful” talks.

Russian President Vladimir Putin and Turkish President Recep Tayyip Erdo&gbreve;an had agreed in a telephone call on Sunday for Istanbul to host the talks.

The talks come as the mayor of Mariupol called for the evacuation of the remaining 160,000 residents, saying the city is basically without food, water, power and other supplies. France, Greece and Turkey have been trying to get them freed.

Ukrainian President Volodymyr Zelensky has said that he would be willing to consider his country adopting a neutral status, but that maintaining sovereignty and territorial integrity remained top priorities.

“Security guarantees and neutrality, non-nuclear status of our state — we are ready to go for it,” Zelensky said in a video call with Russian journalists.

U.N. Secretary-General António Guterres said Monday that Martin Griffiths, the United Nations under-secretary-general for humanitarian affairs and emergency relief coordinator, had been asked to work with Ukrainian and Russian authorities on developing “possible agreements and arrangements for a humanitarian ceasefire.”

“I hope a ceasefire will also help to address the global consequences of this war, which risk compounding the deep hunger crisis in many developing countries that already lack fiscal space to invest in their recovery from the pandemic, and now face soaring food and energy costs,” Guterres said.