Treasures Linked To Bonnie Prince Charlie, JK Rowling On Show For A Celebration Of Scottish History

Rare books, maps, documents, photographs and films and will be on display at the National Library of Scotland in Edinburgh.
By Darko Manevski March 28, 2022
Facebook
Twitter
Linkedin
Email 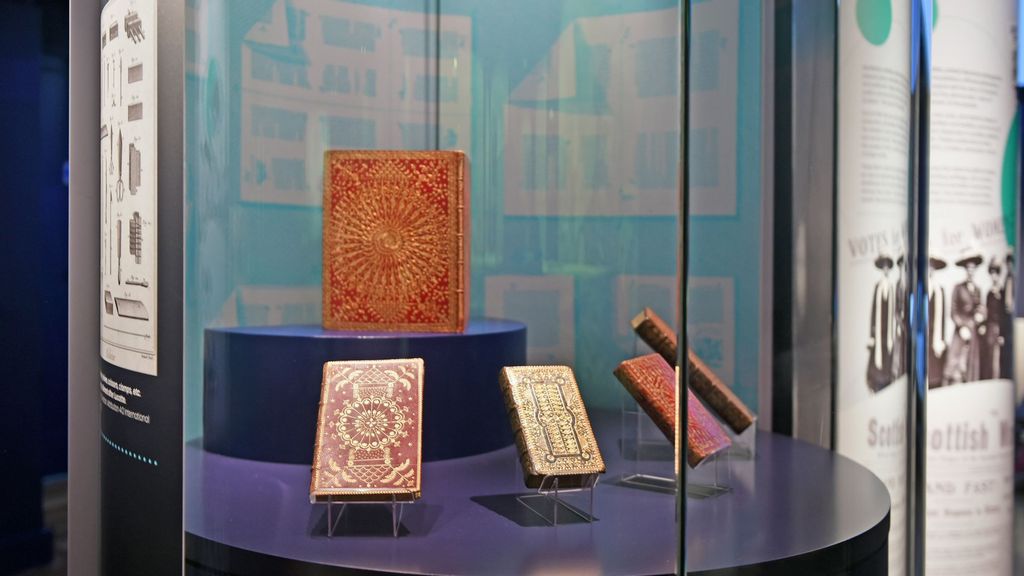 Rare treasures linked to Robert Burns, Bonnie Prince Charlie and JK Rowling are being brought together in a dedicated “Treasures” gallery at the National Library of Scotland in Edinburgh for a celebration of Scottish history. (@Neil Hanna/SWNS)

Rare treasures linked to Robert Burns, Bonnie Prince Charlie and JK Rowling are being brought together for a celebration of Scottish history.

Visitors will be able to see one of the oldest surviving books published in Scotland more than 500 years ago — a Gaelic manuscript dating back to the 15th century.

Some of the earliest color film footage shot in Scotland, which documents hillwalking in the 1930s, will also be on show.

The items will be explored in a dedicated “Treasures” gallery at the National Library of Scotland in Edinburgh.

Author JK Rowling and poets Hannah Lavery and Jackie Kay are all featured in displays, drawn from the library’s vast collections and archives.

Items will also include Timothy Pont’s groundbreaking maps, Charles Darwin’s “On the Origin of Species,” a letter from Ludwig van Beethoven and first editions of Harry Potter.

The new Treasures gallery brings together for the first time rare books, maps, documents, photographs and films which have rarely been on public display before.

It had been planned to open in the summer of 2020 but was delayed by the COVID-19 pandemic.

Opened to the public March 25, the exhibition features the letter from Burns containing the words to his most-recorded love song, “Ae Fond Kiss.”

An account of the Battle of Culloden, and scraps of garments said to have been worn by Bonnie Prince Charlie and Flora MacDonald will also be on display.

Some of the rarest books in the National Library’s collections are going on permanent display for the first time.

This will include one of 49 surviving copies of a Gutenberg Bible, the first book printed in Europe with moveable type in the 1440s.

It also features a letter exchanged between Beethoven and Thomson, an Edinburgh-based publisher who asked him to write musical accompaniments for Scottish songs.

Dora Petherbridge, curator of international collections at the National Library, said: “We’re really pleased to be able to open this space, as it’s allowed us to bring out of our stacks treasures from across all our collections that we’ve wanted to be able to show to the public for years.

“We have books, manuscripts, maps, early sound recordings, early film and modern material, which we’ve been saving for years and preserving forever.

“Now we’re able to finally show them to the public in a permanent gallery space.

“We were pretty spoiled for choice as we have more than 30 million things in our collection, but there are different themes across the exhibition, including travel and literature.

“It is an international story we’re telling, but everything on display is connected to Scotland.

“I think people will be really interested to see things like the Iona Psalter, one of the earliest manuscripts we have in our collection related to a woman, and a really early map of Glasgow and the River Clyde, which is extraordinarily exquisite and detailed.

“We have 30 different translations of JK Rowling’s Harry Potter and the Philosopher’s Stone, which show the impact the book had on children’s publishing and the history of literature.

“We have got so many treasures that we want to share, so some of the displays will be changing every year or so, so there will always be something new for people to see and come back to the gallery for.

“We’re really interested to hear what our visitors would like to see treasured by the National Library and added to our collections.”

Aminah Shah, Scotland’s National Librarian and chief executive of the National Library, said: “As guardian of the nation’s published and recorded memory, we have an unparalleled collection of materials.

“The Treasures exhibition gives people a glimpse into the vast collections — many of which are typically stored among the multiple floor levels beneath their very feet.

“We’re excited to launch this much-anticipated exhibition, which will provide visitors with unique insights into Scotland’s story, and its place in the world.”