Rare Queen Elizabeth I Coin Auctioned For $770,000 In Germany

Owned by a Jewish dealer whose collection was stolen by the Nazis, the coin was returned to his son after his death in Auschwitz.
By Thomas Hochwarter March 28, 2022
Facebook
Twitter
Linkedin
Email 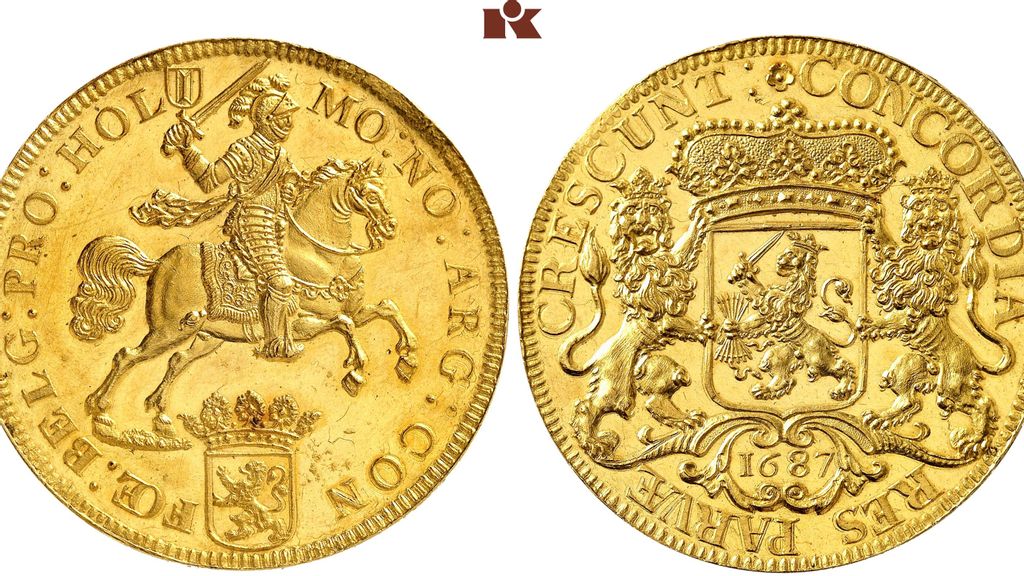 The extremely rare Queen Elizabeth I golden coin was sold at the Kunker auction house in Osnabruck, Germany for $770,000, the most expensive coin ever auctioned in the country. (Kunker/Zenger)

An extremely rare gold coin depicting Queen Elizabeth I has been sold for $770,000 at an auction in Germany, making it the most expensive coin ever auctioned in the country.

Estimated at $274,000 by experts at the Kuenker Auction House, in Osnabrück, Germany, the coin went for far more. The highest bidder, who was present in the auction hall during the event, was not identified.

Speaking to the Neue Osnabrücker newspaper, Kuenker explained the Kampener Rosenoble was one of the largest coins of the early modern period.

The auction company disclosed the astonishing history of the coin. Felix Schlesinger, a Jewish coin dealer born in Mainz in 1879, had bought the object around 90 years ago for $1,187 from a British merchant.

Jewish coin dealer Jacques Schulmann buried it in a friend’s back garden in Brabant, the Netherlands, to protect it during World War II. Schulmann got hold of it after the SS confiscated it from Schlessinger’s numismatic firm in Berlin.

The SS sold it to a jeweler, who was about to melt it when Schulmann bought it. It was returned to Mark Salton, Felix Schlessinger’s son, six years later. Schlessinger and his wife, Hedwig, died in the gas chambers at Auschwitz concentration camp, in Poland, in 1944.

Learning his parents were dead, Mark Salton, born Max Schlessinger in 1914, moved to the United States in 1946. His brother, Paul, emigrated to Israel. Their father had established his numismatic enterprise in Frankfurt in 1928 before moving to Berlin.

Salton’s last will said his collection of coins should be auctioned by Kuenker and Stack’s Bowers Galleries, in New York City. He ordered the proceeds to go to charitable organizations focusing on Holocaust commemoration initiatives. Salton met Fritz Kuenker during a coin auction in New York in December 1985.

Depicted in a seated position between two semidetached columns, Queen of England and Ireland Elizabeth I (1558-1603) is holding a scepter in her right hand and an imperial orb in her left.

The previous record for the auction of a coin in Germany was a Russian ruble coin depicting Nicholas I of Russia that was auctioned for $714,0000 in February 2012. That auction was held by Kuenker in Berlin and the buyer was not identified.