Heat Shatters Records On One Side Of The US, Shuns The Other Side 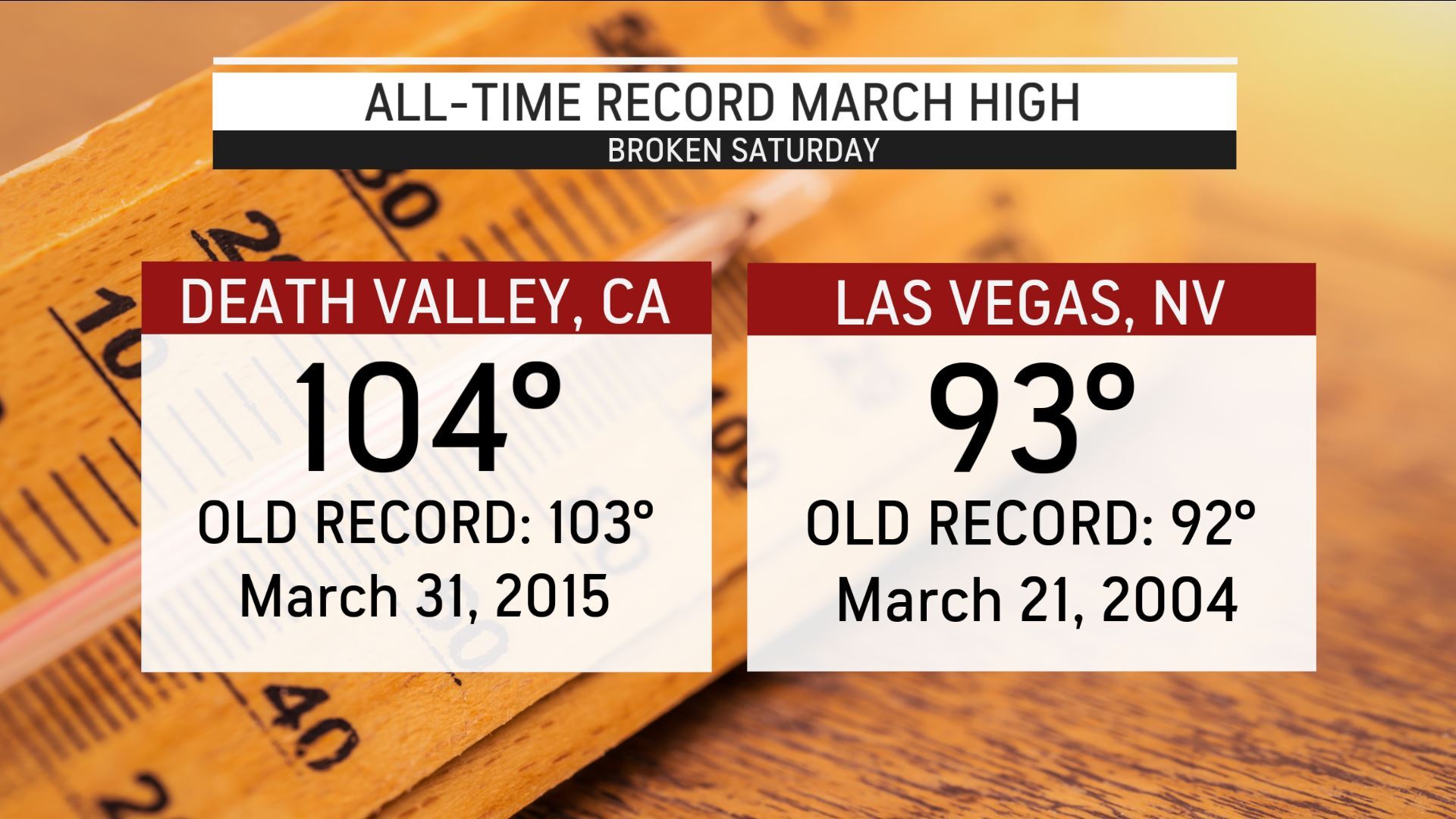 Las Vegas joined Death Valley in breaking not only its daily high record on Saturday, March 26, but also its all-time March record. (AccuWeather)

The NWS Las Vegas’ region of responsibility extends not just around Sin City, but also into Southern California, the northwestern corner of Arizona and farther up into Nevada, meaning their climate sites are also extend across the three states. All seven sites experienced high temperatures that reached at least into the low 80s, with Bishop, California, a city located northwest of the Death Valley National Park, recording the lowest record of the seven at 82 degrees Fahrenheit.

Behind Death Valley’s new daily record of 104 degrees, Needles, California, recorded the highest daily temperature of the sites, with a reading of 96 degrees on Saturday.

Las Vegas joined Death Valley in breaking not only its daily high record on Saturday but also its all-time March record, scraping by as it recorded a temperature just one degree over the previous monthly record high of 92 degrees, set on March 21, 2004.

The average date on which Death Valley typically reaches 100 degrees is April 18, according to AccuWeather Senior Meteorologist Paul Walker. The earliest date the area has seen the mercury reach 100 degrees was March 17, 2013.

In contrast to the unseasonably high temperatures in the West, parts of the Northeast are forecast to see some records regarding the other end of the thermometer shatter.

A nearly 130-year-old record-low high temperature in New York City’s Central Park may fall Monday if the temperature doesn’t reach 34 degrees, meaning that the site could experience its coldest afternoon recorded for the date since Grover Cleveland’s presidency. By 2 p.m. EDT, temperatures had reached only 31 degrees.