Survey respondents say they’re more likely to exercise if someone is cheering them on.
By Anamarija Brnjarchevska March 28, 2022
Facebook
Twitter
Linkedin
Email 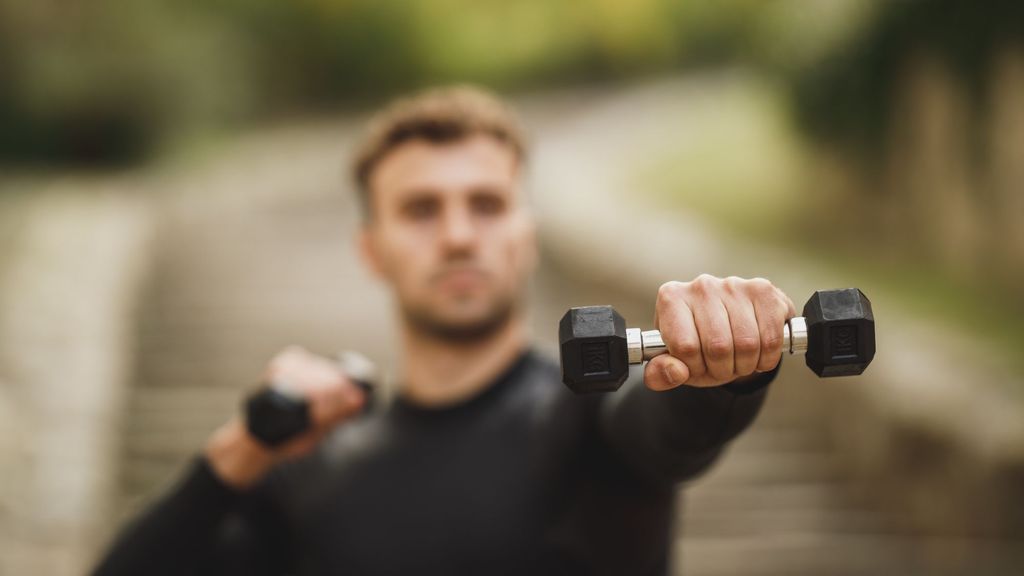 Even with the rise of the home workouts during the COVID-19 pandemic, respondents to a recent survey say they’re more likely to exercise if someone is cheering them on. (Alexandra Flowers/Zenger)

The average American has tried five different workout routines in the past two years, according to new research.

And yet, even with the rise of the home workouts during the COVID-19 pandemic, Americans say they’re more likely to exercise if someone is cheering them on.

It may be the company they keep — or don’t. One in three admitted they work out alone now more frequently than they did prior to March 2020.

But about two-thirds (65 percent) of respondents said they’d be more willing to work out if they had someone there to support them.

Over half (56 percent) prefer group workouts, including 27 percent who prefer to exercise with others.

The poll, conducted by OnePoll on behalf of Zhou Nutrition, also revealed that one in three Americans aren’t completely satisfied with the amount of exercise they currently get.

Although respondents claimed to exercise between three and four days a week, 30 percent cited finding time to work out as a challenge.

Seven in 10 believe they would exercise more if they found a routine that worked for them.

Twenty-seven percent abandoned an exercise regimen because they weren’t getting the results they wanted.

In fact, 65 percent said they’d be willing to exercise more if they saw results faster.

When asked to provide their own best advice for preparing to work out, respondents frequently mentioned stretching, drinking water, and warming up.

“I think being properly hydrated is the most important tip,” said one respondent. “If you’re not hydrated, you run the risk of fainting or feeling too weak to maintain proper posture and form.”

Speaking of proper posture, 24 percent believe their previous routines failed because they didn’t have enough information to do it properly.

Another 32 percent said they struggle to find something that’s appropriate for their current level of fitness.

“An effective workout will push you just enough to make progress, but only so far that you’re still able to recover,” said Cate Williams, fully certified instructor at Gym Jones and consultant for Zhou Nutrition. “Getting stronger or faster requires you to slowly increase the training stress placed on your body. Then, proper recovery is needed to achieve muscle growth and improved fitness. Not training hard enough won’t create progress, but training too hard too often will prevent you from recovering, and making any progress at all.”

For two-thirds of respondents preparing for a workout with the right nutrition is just as important as the workout itself.

Forty-four percent take vitamins and supplements to aid their workout before it begins, 42 percent drink some kind of pre-workout beverage beforehand, and more than half eat protein after working out.

“Nutrition and supplementation can make a good workout great,” said Williams. “Protein and carbohydrates, eaten at the right time, are important for muscle growth and proper recovery. Once you’ve got those two things covered, supplements like caffeine and creatine can help you perform at your peak and maximize results.”