The household was not home at the time of the crash, and their five pets were unharmed.
By Lee Bullen March 26, 2022
Facebook
Twitter
Linkedin
Email 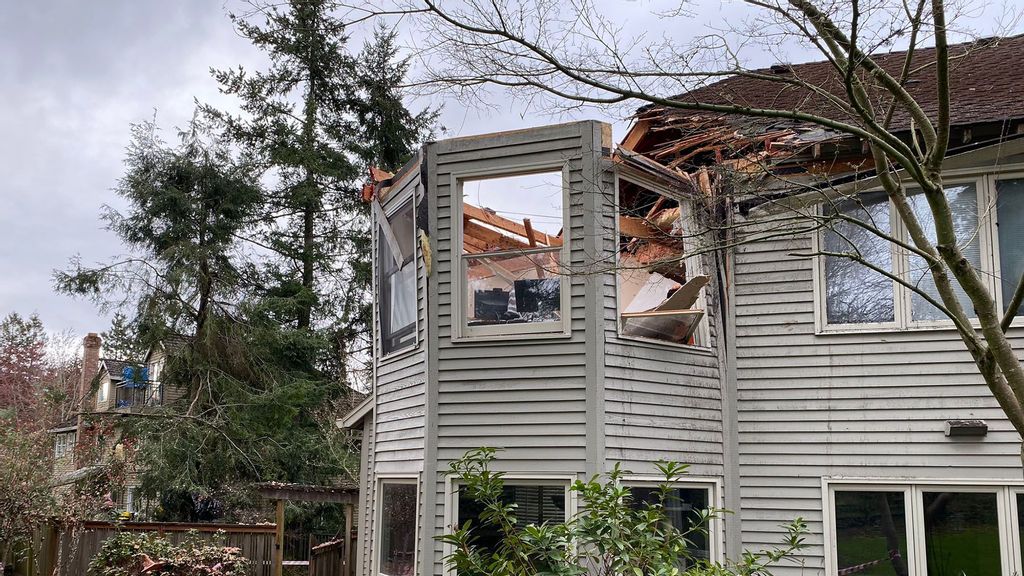 The car crashed through the second story of the house in Lake Oswego in Oregon in the United States on the March 23, 2022. (Lake Oswego Police/Zenger)

Part of the top floor of a house and its roof were completely destroyed Wednesday by a car that struck a mound of earth in the garden, took flight and plowed through the upper story of the house.

The startling incident took place on Bergis Road in the city of Lake Oswego in Clackamas County, Oregon.

The Lake Oswego Fire Department shared footage of the aftermath on social media with the caption: “Firefighters responded to a vehicle that crashed through a second-story of a house on Bergis Rd.”

The video pans the scene, showing the damage to the yard with one broken tree that broke a fence next to it, the crumpled dark blue vehicle lying on its side, what appears to be burned pieces of the car trapped in a tree and damage to the roof of the house.

The vehicle, lying in the yard some distance away from the damaged house and almost touching the neighboring house, was cordoned off with police tape.

“The vehicle launched from a berm in the back yard at a high rate of speed. 1 person was transported and @LOPolice is investigating,” Lake Oswego police said.

The driver was traveling down Bergis Rd at a high rate of speed when he “launched” from the berm — a rounded mound of soil — and crashed into the second floor of the house on Oak Meadow Ct, the fire department said on social media.

The accident was reported after 6 p.m., with local police confirming that the human occupants of the home had not been present at the time of the incident.

Although four cats and one dog were inside the property when the driver crashed into the second floor, they were all unharmed.

Emergency services arrived on the scene, and the driver was taken to a hospital in Portland in serious condition. There have been no further updates on the driver’s condition.

The investigation into the incident is ongoing.

Alarmed members of the public questioned on social media what rate of speed the driver had been traveling at, wondering whether it had been a spring break incident.

On Oct. 21, 2021, the Lake Oswego Fire Department responded to another car crashing into a home on Country Club and Iron Mt. The crash sparked a fire, and the driver was taken to hospital in critical condition. Two people in the house at the time escaped unharmed.