By their own accounting, the Ukrainian Armed Forces have used drones effectively in the ongoing war with Russia.
By William McGee March 25, 2022
Facebook
Twitter
Linkedin
Email 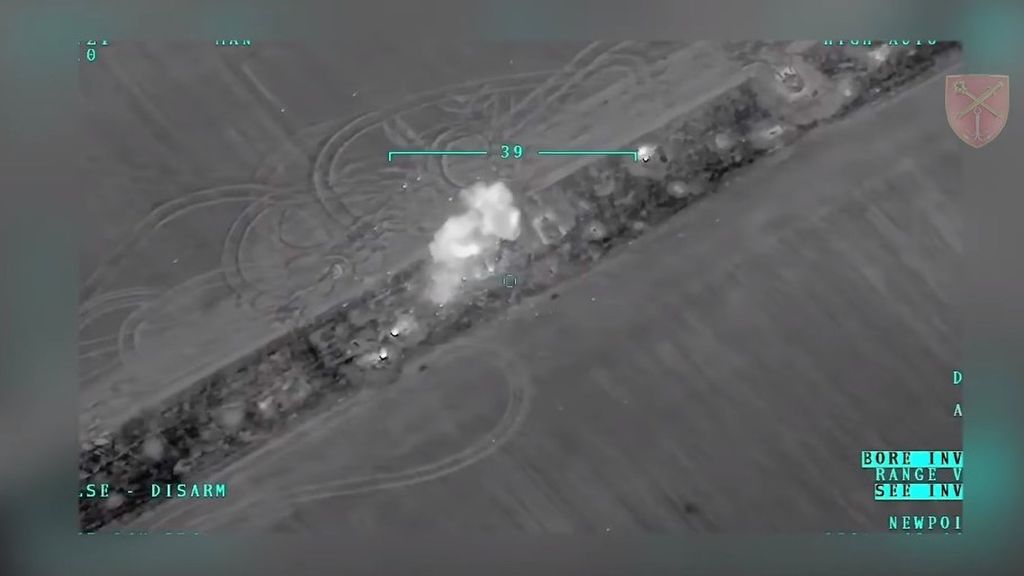 Ukraine’s Operational Command South, a unit of the Ukrainian Ground Forces, shared footage on March 23 as well as a twist of a quote attributed to British Field Marshal Bernard Law Montgomery along with a modern addition.

“The harder the fighting and the longer the war, the more the infantry, and the whole army, rely on the artillery,” Ukraine’s Operational Command South cites Montgomery, who served in World Wars I and II and the Irish War of Independence, as having said. The statement accompanying the video release then adds the line: “And in modern conditions — also on the UAV” [drone].

What Montgomery, who also served as deputy supreme allied commander for Europe of NATO forces (1951–58), actually said was: “The harder the fighting and the longer the war, the more the infantry, and in fact all the arms, lean on the gunners.”

NBC News cited on Wednesday an unnamed NATO official as saying 7,000 Russian troops died in the first month of the war in Ukraine, but the actual number could be roughly double that.

The Oryx Blog website, which tracks the destruction of military equipment through open-source reports, also discusses Russia’s military equipment losses and says the “Bayraktar TB2 has suddenly become a slogan everyone’s familiar with, serving as inspiration for animal names, used in viral videos and even sporting its own custom-made theme song.”

Russia has so far managed to occupy swathes of northern, eastern and southern Ukraine. However, the Russian military has not achieved the quick takeover of Ukraine that Russian President Vladimir Putin is believed to have been expecting. Russian advances have remained sluggish and major cities, such as Kyiv, Kharkiv and Odessa, remain in Ukrainian hands.