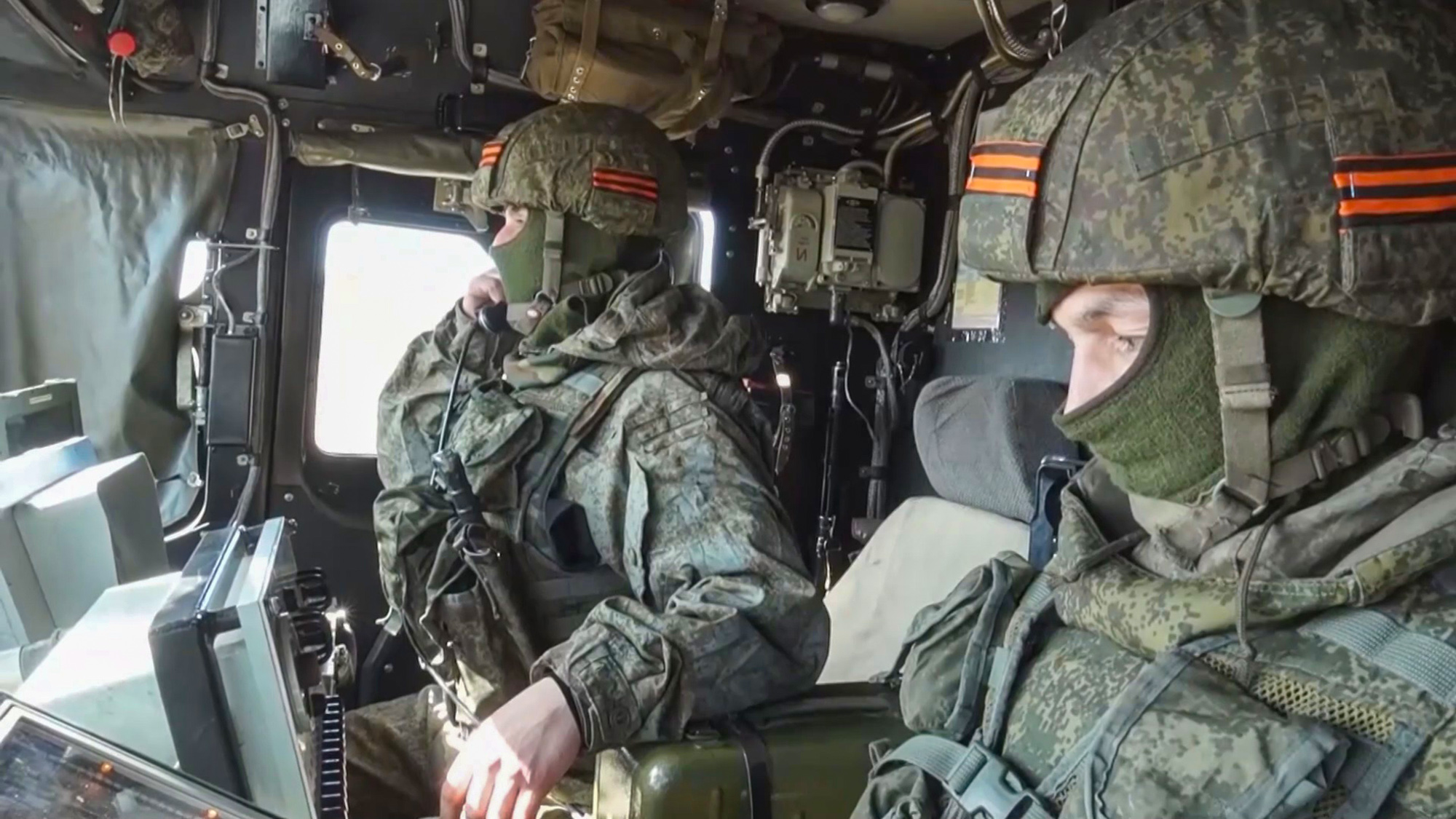 This screenshot from a video shows Russian soldiers working on the launch of the Iskander OTRK ballistic missile in Ukraine. (Russian Ministry of Defense/Zenger)

Russian forces launched ballistic missiles into the sky before they rained down on an alleged Ukrainian military base, setting it ablaze, as seen in videos shared by the Russian Ministry of Defense on March 25.

The ministry said the first video shows the missiles being prepared and launched by the 9K720 Iskander missile system, and the second video depicts the missiles allegedly aiming toward and blowing up their apparently intended targets.

“Destruction of the training camp of the Armed Forces of Ukraine and mercenaries,” the ministry says in messages released along with the videos. It did not specify where exactly in Ukraine the strikes were carried out.

The 9K720 Iskander is a mobile short-range ballistic missile system produced and deployed by the Russian military. It has a range of about 310 miles.

“Russia has routinely deployed the Iskander-M to Kaliningrad, where the weapon could target NATO forces in Poland, the Baltic States, and Sweden,” according to the Washington-based Center for Strategic and International Studies Missile Defense Project. “These deployments are a crucial element of Russian coercive diplomacy. From 2009, Russia repeatedly threatened to deploy Iskander-M missiles in response to U.S. missile defense deployments in the region, sending units to Kaliningrad in 2013, 2015, and 2016. Russia has permanently deployed the Iskander-M in Kaliningrad since 2018.”

The Kremlin has used the term “mercenaries” to refer to volunteers who have traveled from several countries to Ukraine to take up arms against the invading Russian forces.

Ukrainian defense officials claimed earlier this month that more than 20,000 individuals from 52 nations had volunteered to join the Ukrainian Armed Forces in resisting the Russian invasion. If true, it could be the most significant volunteer fighter effort since the Spanish Civil War.

Russian Defense Ministry spokesman Igor Konashenkov said earlier this month that any foreign volunteer captured by Russian forces in Ukraine would not be accorded prisoner-of-war status. This is believed to contravene international humanitarian law. He was quoted as saying that “at best, they can expect to be prosecuted as criminals.”

The Kremlin has been accused of sending Syrian mercenaries into Ukraine to bolster the Russian Armed Forces, and members of Russia’s Wagner Group, a controversial paramilitary organization, are said to be fighting alongside Russian forces in Ukraine primarily in the Donbas region.

“We do assess the Wagner Group is active in Ukraine, [and] we think that activity is largely in the Donbas area,” a senior U.S. Defense Department official told reporters on March 22.

“[But] we do continue to see indications that [the Russians] are having these discussions about reinforcements and foreign fighters, and they are making those kinds of plans, both in terms of resupply and also reinforcement. It’s just that we haven’t seen that actually take place,” the official said.