The jets recorded footage of the incident, which was posted by the Russian Ministry of Defense.
By Joseph Golder March 25, 2022
Facebook
Twitter
Linkedin
Email 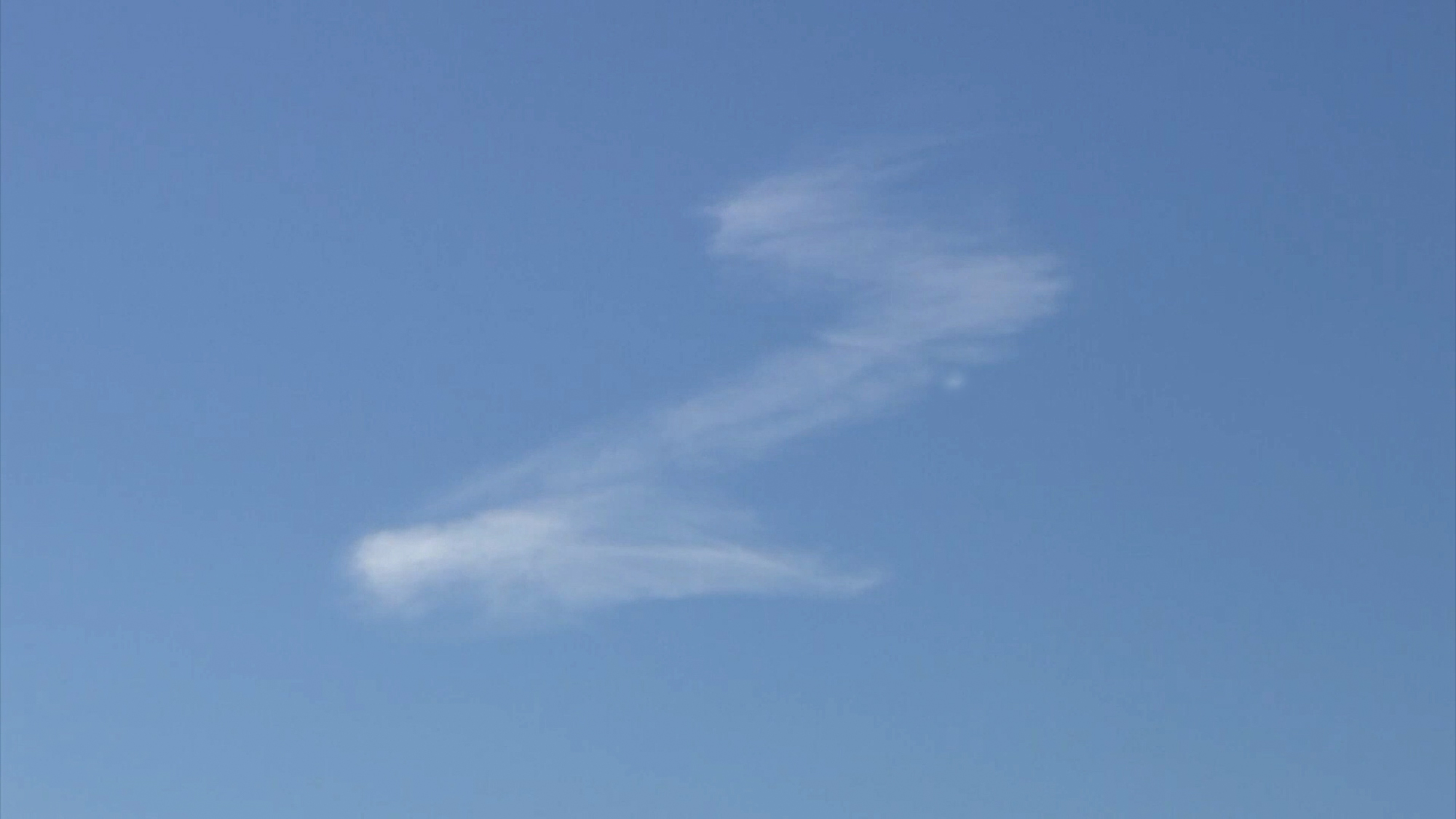 A video of the incident was released by the Russian Ministry of Defense on Thursday, March 24.

As the video begins, a plane that appears to be a Russian fighter is seen taking off from a runway. Another jet is then seen taking off, but it is unclear whether this is just a repetition in the video. In another scene, the letter “Z” is drawn in the sky, apparently with the vapor trail left by the jet.

The footage then cuts to what appears to be an aerial targeting system with its sights trained on eight ground vehicles, which appear to be military trucks. At least one person appears to be walking by one of the vehicles when there is a large explosion that produces a thick cloud of smoke as the vehicles are hit. It is unclear if the person seen in the video survived.

The camera then cuts to a zoomed-out view of the scene, showing flames and smoke billowing from the point of impact. Multiple other land vehicles can now be seen in the frame.

The footage cuts again to a fighter landing on a runway, with two small parachutes deploying behind it to slow it down as the video ends.

“Su-34 crews of the Russian Aerospace Forces destroyed military facilities and military equipment of the Ukrainian Armed Forces,” the ministry said on releasing the video.

“Bombing on discovered ground targets was carried out from medium altitudes.

The footage was also aired by the Russian state-run news agency TASS and other media outlets that toe the Kremlin line.

After attending a summit in Brussels, U.S. President Joseph R. Biden Jr. is now in NATO member Poland, which is welcoming the bulk of the refugees fleeing war across the border in Ukraine. Biden announced a further $1 billion in humanitarian aid to help displaced people in Ukraine and assist Poland with the influx of refugees.

Ukrainian President Volodymyr Zelensky has again pleaded for further assistance, asking for planes, tanks, rockets and other weaponry. He told NATO that Ukraine is fighting for “our common values” and that the most powerful military alliance in the world could prevent further deaths.

The Office of the United Nations High Commissioner for Human Rights confirmed 2,571 civilian casualties in the country, with 977 killed and 1,594 injured, but it also noted that the real number is considerably higher.

There are signs that Ukraine is beginning to go on the counteroffensive as NATO estimates that between 7,000 and 15,000 Russian troops have now been killed.

“Ukraine has the right to self-defense under the U.N. Charter. And we are helping Ukrainians to uphold this fundamental right,” said secretary general of NATO Jens Stoltenberg.

The U.N.’s International Court of Justice on March 16 ruled Russia’s invasion of Ukraine illegal and ordered Putin to remove his troops immediately.

The proposal has also been signed by numerous influential figures, including Ukrainian Foreign Minister Dmytro Kuleba and American lawyer Benjamin Ferencz, who is 102 years old and who prosecuted Nazi war criminals during the Nuremberg Trials after Nazi dictator Adolf Hitler’s defeat.

Ferencz obtained death sentences against members of SS mobile death squads called the Einsatzgruppen, which committed atrocities in Eastern Europe between 1941 and 1945, killing 2 million people — 1.3 million of them Jews.