Sir Matthew Jenison served as High Sheriff of Nottingham between 1683 and 1684 and looked after trees in Sherwood Forest.
By Darko Manevski March 25, 2022
Facebook
Twitter
Linkedin
Email 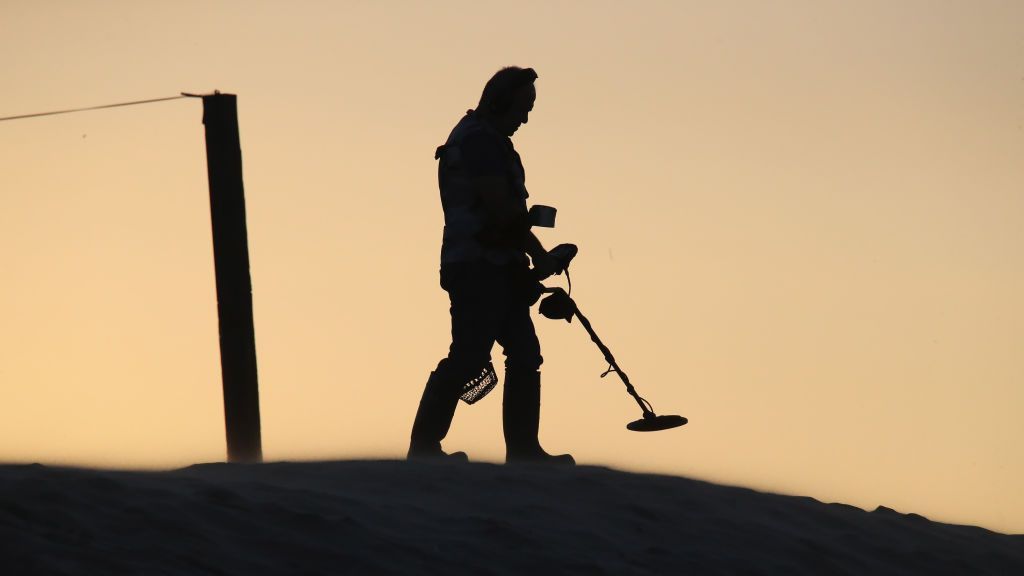 A high-carat gold signet ring uncovered by a lucky metal detectorist on farmland in Rushcliffe, Nottinghamshire, was found to have belonged to the Sheriff of Nottingham 350 years ago. File photo. (Bruce Bennett/Getty Images)

A 350-year-old ring that belonged to the Sheriff of Nottingham is set to fetch thousands at auction after being unearthed by a metal detectorist in a find “worthy of Robin Hood.”

The high-carat gold signet ring was uncovered by chance by a lucky detectorist on farmland in Rushcliffe, Nottinghamshire, in July 2020.

The treasure once belonged to Sir Matthew Jenison, who served as High Sheriff of Nottingham between 1683 and 1684 and looked after trees in Sherwood Forest.

His family was rumored to have gained their wealth from a hoard of valuables left in their safekeeping during the English Civil War that were never reclaimed.

The ring, which displays the coat of arms of the Jenison family, was sent to be examined by experts from the British Museum’s Portable Antiquities Scheme.

Once it was verified as authentic it was sent back to the finder, who is now set to make thousands of pounds from his incredible discovery.

The find has been described as one the “legendary outlaw Robin Hood would have loved” by auctioneers ahead of its sale Thursday.

Hansons’ consultant valuer Adam Staples said: “The ring has survived in near perfect condition and the front face bears a detailed engraving of the Jenison family arms, two swans separated by a diagonal bend.

“This would have been pressed into melted wax in order to seal the family crest on important letters and documents.

“As a boy I wandered through Sherwood Forest, daydreaming of Robin Hood and his legendary adversary — the Sheriff of Nottingham.

“The ring we are selling is related to a later Sheriff as tales of Robin Hood emerged in English folklore as early as the 13th and 14th centuries.

“Nevertheless, this find still evokes those memories and gives us a glimpse back into Nottinghamshire life during the turbulent times of the 17th century.”

Born in 1654, Sir Matthew was knighted in 1683 and acted as a commissioner to examine decaying trees in Sherwood Forest while serving as High Sheriff of Nottingham.

Sir Matthew was elected to parliament as MP for Newark in 1701 but eventually fell foul of the law. He died in Fleet Prison in 1734.

Originally from County Durham, the Nottinghamshire branch of the Jenison family first appeared as aldermen of Newark in 1580.

Thereafter, each generation served as aldermen, and, after the 1626 charter, as mayors.

Adam added: “Though the family business had been in apothecaries, local legend has it that the Jenisons gleaned great wealth from valuables left in their safekeeping during the Civil War which were never reclaimed.

“This theory was seemingly corroborated when a buried hoard of Civil War silver coins was unearthed from the very same field where the ring was found.

“It’s such a pleasure to be involved with the sale of this ring.”

«Previous Post
Time Running Out To See Iconic Flowers Bloom In US Capital»Next Post
War Of Words: Russian Powerlifter Calls Out Schwarzenegger For His Viral Outreach To Her Countrymen