Mack could also become the youngest person to circumnavigate the world in a microlight, the title held by his sister Zara.
By Darko Manevski March 25, 2022
Facebook
Twitter
Linkedin
Email 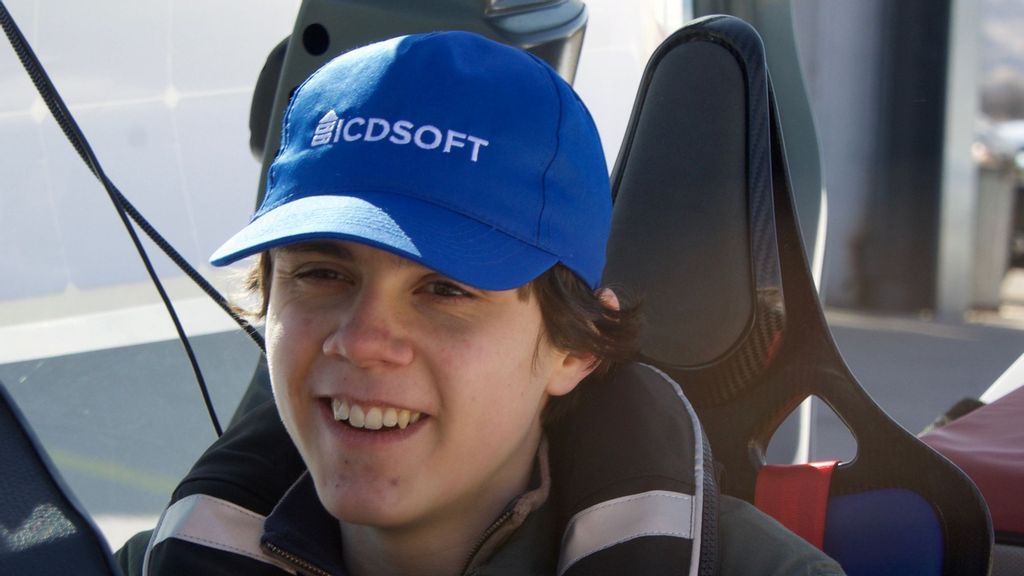 Mack Rutherford hopes to become the youngest person to fly around the world solo at 16 years old. (Beatrice de Smet/Macksolo.com/SWNS)

A 16-year-old on Wednesday took off to try to become the youngest person to fly around the world solo and also beat a record set by — his big sister.

Mack Rutherford, a British-Belgian flyer who at 15 was the youngest pilot in the world, launched from Sofia in Bulgaria.

His sister Zara has already become the youngest woman to fly around the world — which gave Mack an additional spur.

Mack will then head to Cagliari on Sardinia and from there he will fly to Africa — visiting Congo, Madagascar and Mauritius.

Next he will head north to the United Arab Emirates and further to India, China, South Korea and Japan.

From there he will fly to Alaska and continue along the west coast of the United States to Mexico.

Then he will head north again along the east coast to Canada, he will cross the Atlantic, stop in Iceland, the U.K. and finish his journey in Sofia.

Mack was born in a family of aviators — his father Sam is a professional ferry pilot, his mother Beatrice is a private pilot.

His sister Zara is a private pilot and in January 2022 she completed her own circumnavigation of the globe.

She became the youngest woman in history who has done so and the youngest person who circumnavigated the world in a microlight.

Mack said: “I have been fortunate to have had a family that has been able to help me progress in my flying.

“But no matter what background you have I believe it is never too early to work towards your dreams and you shouldn’t limit yourself by others’ expectations.”

Mack has wanted to be a pilot since he was three and qualified for his pilot license in September 2020.

At the time it made him the youngest pilot in the world at the age of 15 years and two months.

Mack has flown hundreds of hours with his dad, who is a professional pilot. The flights included two Trans-Atlantic crossings.

Since he became a pilot, he has been planning his solo flight around the globe.

Mack chose Sofia to start his trip, as this is the location of his sponsor, ICDSoft.

Mack wants to use the opportunity to meet young people on his route “who do incredible things, making a difference to their communities or even to the world.”

He said: “There are many people of my age who do amazing things. Often few people know about them.

“I am really looking forward to meeting some of them. Together we can show that young people make a difference.”

If successful Mack will become the youngest person who circumnavigated the world solo in an aircraft.

This title is held currently by Travis Ludlow who was 18 at completion of his attempt last year.

Mack will also become the youngest person to circumnavigate the world in a microlight, the title held currently by his sister Zara.

Just like Zara, Mack will be flying a Shark. It is a high-performance ultralight aircraft manufactured in Europe.

It is one of the fastest ultralight aircraft in the world with a cruising speed reaching 186 mph (300 km/h).

The aircraft has been specially prepared for such a long journey and ICDSoft, a hosting company and Mack’s main sponsor, is  loaning him the plane for the attempt.

«Previous Post
VIDEO: Desperate Robber Shoots Door 30 Times To Escape From Smoke Shop After He Was Locked Inside»Next Post
Time Running Out To See Iconic Flowers Bloom In US Capital