VIDEO: Wreck Of 207-Year-Old Ship Discovered In Gulf Of Mexico

The brig is a testament to the experiences and achievements of its diverse crew.
By Joseph Golder March 24, 2022
Facebook
Twitter
Linkedin
Email 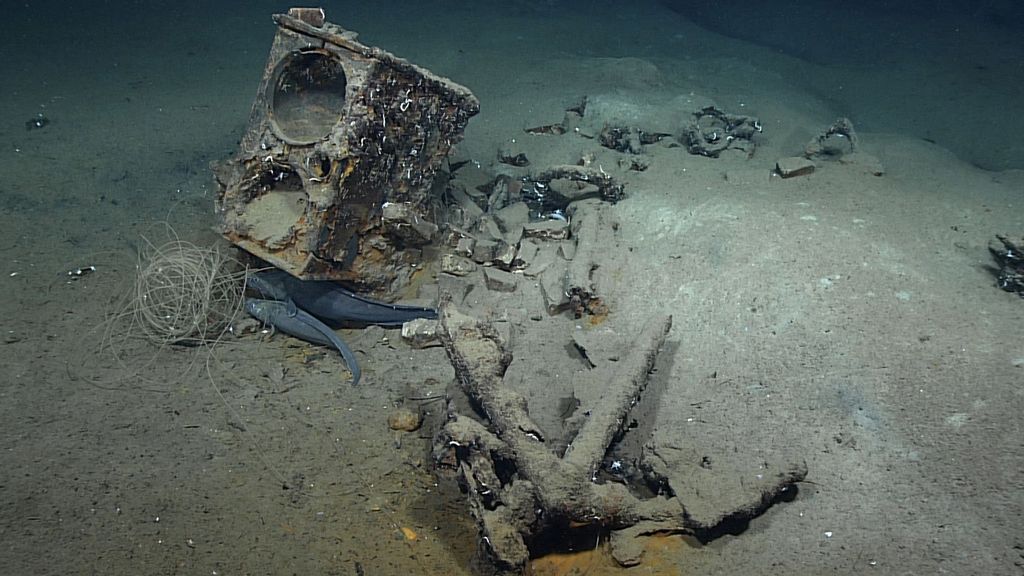 Image of the tryworks was taken from the shipwreck site of brig Industry by a NOAA ROV in the Gulf of Mexico. (NOAA Ocean Exploration/Zenger)

The wreck of a 207-year-old whaling ship has been discovered by the U.S. National Oceanic and Atmospheric Administration (NOAA) in the Gulf of Mexico.

The NOAA, which is part of the U.S. Department of Commerce, said in a statement Wednesday that “black and Native American mariners worked aboard” the vessel as “essential crew.”

It said the vessel was called Industry and that it was found at the bottom of the Gulf of Mexico at a depth of 6,000 feet.

The 64-foot-long vessel, or what remains of it, was operated by the “descendants of African enslaved people and Native Americans” in “one of the nation’s oldest industries.”

“This 19th century whaling ship will help us learn about the lives of the Black and Native American mariners and their communities, as well as the immense challenges they faced on land and at sea,” he said.

NOAA Administrator Rick Spinrad also weighed in on the importance of the discovery.

“Today, we celebrate the discovery of a lost ship that will help us better understand the rich story of how people of color succeeded as captains and crew members in the nascent American whaling industry of the early 1800s.

“The discovery reflects how African Americans and Native Americans prospered in the ocean economy despite facing discrimination and other injustices. It is also an example of how important partnerships of federal agencies and local communities are to uncovering and documenting our nation’s maritime history,” he said.

NOAA explained that it had partnered with scientists onshore and, using a satellite connection, the NOAA vessel Okeanos Explorer was able to control a remote vehicle to explore the seafloor on Friday, Feb. 25, though the discovery has only just been made public.

“The whaling brig was built in 1815 in Westport, Massachusetts, and hunted whales across the Atlantic Ocean, the Caribbean and the Gulf of Mexico for 20 years.

“It was lost when a strong storm snapped its masts and opened its hull to the sea on May 26, 1836. Industry was whaling primarily for sperm whales more than 70 miles off the mouth of the Mississippi River. It is the only whaling ship known to have been lost in the Gulf of Mexico out of 214 whaling voyages from the 1780s to the 1870s,” the NOAA said in its statement.

After the Industry sank, the crew members were reportedly picked up by another vessel, named Elizabeth, which took them back to port.

“While the crew list for the last voyage of Industry disappeared when the ship sank, lists of crews from previous voyages describe crewmembers and officers as including Black people, Native Americans, White people and multiracial people.

“The brig is connected to the life of Paul Cuffe, a mariner and entrepreneur whose father was a freed slave and mother was a Wampanoag Indian. Cuffe started whaling as a teenager and rose to become a successful ship builder, merchant, abolitionist, philanthropist, founder of an integrated public school and among the leaders of a project to settle freed Black people in a new colony in Africa. His son William was a navigator on Industry and his son-in-law, Pardon Cook, was an officer on the brig and believed to have made the most whaling voyages of any Black person in American history,” the NOAA said.