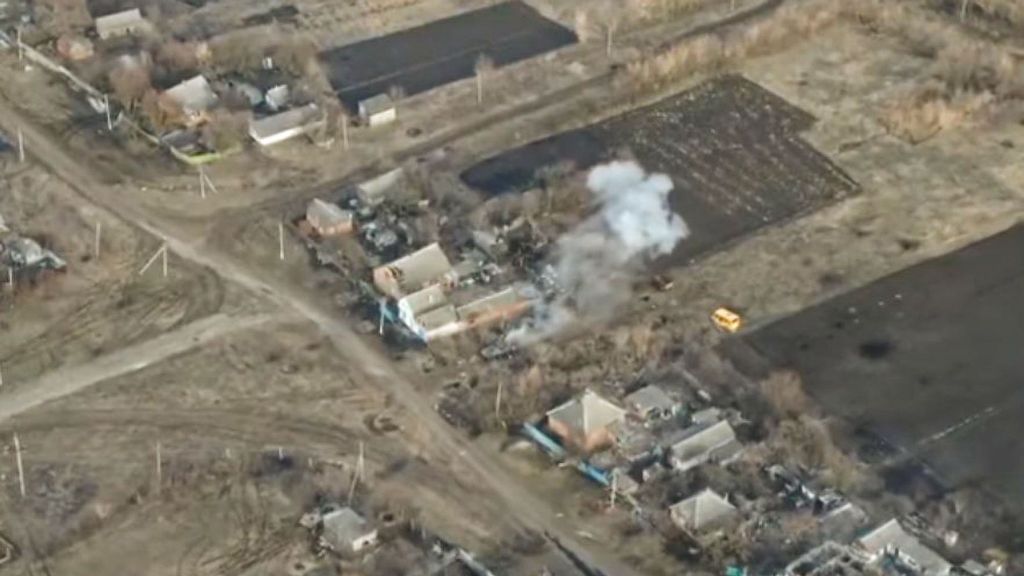 A camouflaged Russian tank was not able to escape detection by Ukrainian forces as evidenced by footage showing it hit by a missile and exploding.

“Ukrainian soldiers continue to accurately and economically destroy the Russian occupiers. Economically not because there is not enough ammunition; Ukrainians are simply masters,” the General Staff of the Armed Forces of Ukraine said on March 22 in a statement accompanying the release of the video.

“Russians, if you want to live, leave! Well, or capture is also an option,” that statement goes on to say, adding “P.S. Or it will be like in the video.”

However, these figures have not been independently verified, and U.S. intelligence officials gave a “conservative” estimate of more than 7,000 Russian deaths last week.

Despite sluggish progress, the Russian Armed Forces have managed to occupy swathes of territory in northern, eastern and southern Ukraine. But the Kremlin is believed to have underestimated the resolve and determination of the Ukrainian resistance, and, as such, Russian forces have failed to take the major cities, such as Kyiv or Kharkiv.

Western officials have said that Russian forces are facing shortages of food and fuel and that a number of soldiers have frostbite. They have also often reiterated their desire for the war not to spread to other parts of Europe.

“Ukraine itself decides on what terms to agree to end the war with Russia. We consistently stand for the sovereignty and territorial integrity of Ukraine and the principle that each country has the right to choose its own security,” U.S. Assistant Secretary of State for European and Eurasian Affairs Karen Donfried said in an interview, of which a partial transcript was posted online on March 23, with Ukraine’s Channel 24 medial outlet.