Out Of This World: Lettuce Grown In Space Might Resist Astronauts’ Bone Loss

A transgenic lettuce may address bone loss not only for space travelers but also patients on Earth.
By Martin M Barillas March 24, 2022
Facebook
Twitter
Linkedin
Email 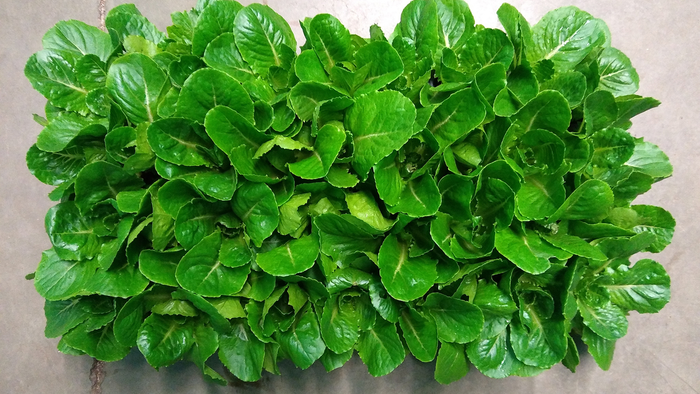 Transgenic lettuce may one day be grown in space and eaten by astronauts to fight bone-density loss, known as osteopenia, during long-term space travel in microgravity — and may also address bone loss for the Earth-bound.

At the University of California-Davis, researchers are developing a genetically modified lettuce featuring a bone-growing parathyroid hormone (PTH).

Space travelers lose more than one percent of bone mass per month spent in space.

“But they’re not typically on the International Space Station for more than 6 months. By contrast, it takes about 10 months to get to Mars, and the astronauts would remain there for about a year to study the planet before making the trip home to Earth,” he said.

Because such a long time in space requires lots of medicines, such as PTH, which may expire in-flight, and resupply is nearly impossible, astronauts will have to replenish them. Also, taking large quantities of medications and syringes for daily injections is impractical.

By producing medicines from transgenic plants grown from seed, the astronauts would have fresh drugs while saving on cargo weight.

Yates, along with Karen McDonald and Somen Nandi, developed a transgenic lettuce that expresses a “fusion protein” that combines PTH with a part of a human antibody protein.

The fusion protein, according to Nandi, is designed to remain in the bloodstream and could potentially allow astronauts to produce the drug from plant extracts.

The researchers recently presented a paper on their work at a meeting of the American Chemical Society. Their study was funded by NASA through the Center for the Utilization of Biological Engineering in Space.

The researchers increased the stability and bio-availability of PTH in the body by attaching a fragment crystallizable (Fc) domain of a human antibody to the PTH genetic sequence. In the past, the Fc fragment has been shown to increase the amount of time that the attached peptide circulates in the blood, increasing its effectiveness.

The results of the research show that the plants produce 10-12 milligrams of the modified peptide hormone per kilogram of fresh lettuce. Therefore, space travelers would have to eat 380 grams, about 8 cups, of lettuce every day to obtain enough of the hormone. Yates admitted that this constitutes a “pretty big salad.”

“One thing we’re doing now is screening all of these transgenic lettuce lines to find the one with the highest PTH-Fc expression,” McDonald said. “We’ve just looked at a few of them so far, and we observed that the average was 10-12 mg/kg, but we think we might be able to increase that further. The higher we can boost the expression, the smaller the amount of lettuce that needs to be consumed.”

McDonald and her colleagues hope to grow the transgenic lettuce onboard the International Space Station and determine whether it produces the same amount of PTH-Fc as on Earth.

Because a Mars mission may require several years to be spent away from Earth, according to Nandi, growing plants may be a morale booster, as has been shown on the International Space Station, where regular lettuce has already been grown.

“Astronauts can carry transgenic seeds, which are very tiny — you can have a few thousand seeds in a vial about the size of your thumb — and grow them just like regular lettuce,” Nandi said. “They could use the plants to synthesize pharmaceuticals, such as PTH, on an as-required basis and then eat the plants.”

Food grown in space is a welcome addition to prepackaged meals, he said. While the PTH could be consumed orally, astronauts might also eat tasty fresh lettuce and gain the same benefit. Failing that, they could also extract and purify the drug from plants.

A three-year mission to Mars would not only expose astronauts to osteopenia, but osteoporosis (brittle bones) would become a problem later on.

The researchers have not yet tasted the lettuce they developed because its safety has not been assured, even though they believe it will taste as good as ordinary lettuce. Once the amount of the essential hormone in the transgenic lettuce has been optimized, it can then be tested for the prevention of bone loss among astronauts and patients on Earth, especially in developing areas of the world.

“I would be very surprised … if, by the time we send astronauts to Mars, plants aren’t being used to produce pharmaceuticals and other beneficial compounds,” Yates said.