A “miracle” operation for 5-year-old with cerebral palsy has changed everything.
By Darko Manevski March 24, 2022
Facebook
Twitter
Linkedin
Email 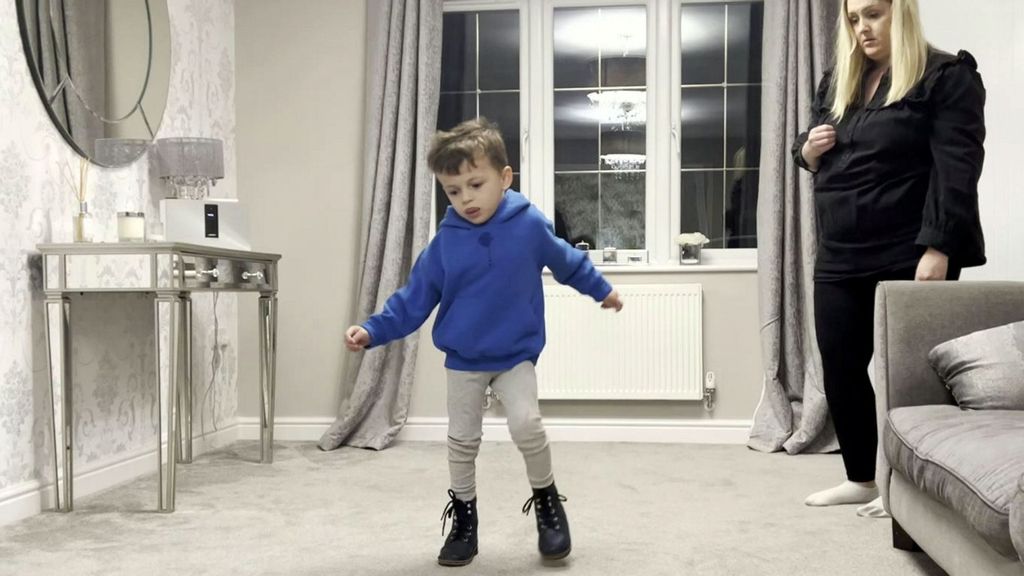 Joey Patterson, 5, who doctors feared would be in a wheelchair for life, has walked unaided for the first time after an operation.  (Leila Coker/SWNS)

A 5-year-old boy who doctors feared would be in a wheelchair for life has walked unaided for the first time after a “miracle” operation.

Joey Patterson, from Loughborough, Leicestershire, has now built up the strength to walk 100 steps on his own.

Joey was diagnosed with cerebral palsy in 2017 after his mother, Gemma, noticed he was choking on his food.

Doctors said the youngster would be confined to a wheelchair unless he had pioneering spinal surgery. However, Joey did not meet the criteria to have the operation on England’s National Health Service. So his parents launched a fundraising appeal to have it done privately.

After months of fundraising, his family finally hit the 50,000-pound ($66,000) target for Joey to have SDR (Selective Dorsal Rhizotomy) at Great Ormond Street Hospital in London in 2019.

Surgeons opened up Joey’s spine and cut the nerves, sending abnormal messages to his leg muscles, which meant he was unable to walk. The boy also underwent months of tough physiotherapy, where he was taught how to walk.

His mother, a midwife and mother of three, said: “Seeing Joey walk on his own for the first time after we were told he might be in a wheelchair for life was like a miracle.

She said: “Joey was born healthy, his labor was fine, and there was no reason for anything to be flagged. When he got to around six months, we noticed he wasn’t rolling, trying to crawl and not meeting milestones.

“In February 2017, at 10 months old, he started choking on his food. After a further choking episode, they picked up that it could be cerebral palsy.” A brain scan confirmed the diagnosis.

She said Joey had a great deal of pain in his legs, waking up 15 to 20 times a night. Doctors even put him on medication used to treat alcoholics to stop his spasms, but nothing worked.

“He wasn’t allowed to eat, he had to have fluid instead, because he was choking. It was a bleak picture,” his mother said.

They did, however, learn of the pioneering operation involved electrodes being placed on Joey’s nerves to stop faulty messages reaching his leg muscles.

Joey’s father, Anthony, an electrician, said: “Part of Joey’s brain is dead because of lack of oxygen. It was sending faulty messages to his legs to be really rigid. He came round from the procedure, and the minute he woke up, he wanted a gingerbread man, and he took a bit and chewed it. We were shocked. By taking away the rigidness in his legs, it had freed up the rest of his body.

“The surgeon was telling us to touch and bend his feet, something we could not do before. It was amazing.”

Though Joey still has some pain, he has had intensive physiotherapy to strengthen his legs. After a year, he slowly started making his first steps in December 2019.

“He was standing just for a couple of seconds. Then he took three steps. It was a Christmas miracle. He is still using a walker to help him, but we were told he was going to be a wheelchair child,” Anthony said. “He never uses his wheelchair now. He has done about 100 steps at home now unaided, and he could probably do more.”

Joey’s dad says his son loves Power Rangers and Marvel, and anything to do with superheroes.