Spanish authorities said the species, including pythons and bearded dragons, are dangerous to humans and the ecosystem.
By Lee Bullen March 23, 2022
Facebook
Twitter
Linkedin
Email 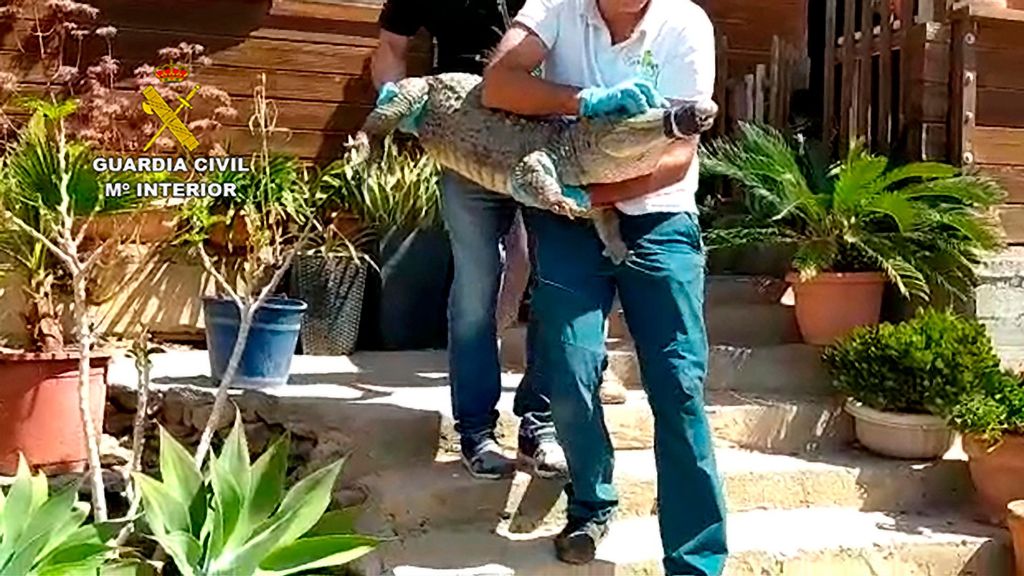 After the death of a man who had allegedly converted a private property into a zoo, Spanish authorities removed 139 invasive and dangerous animals from the ranch in San Bartolome de Tirajana, Spain, on March 20, 2022. (Spanish Civil Guard/Zenger)

Spanish police have seized 139 animals — many of them dangerous — from a home in Gran Canaria after the owner died.

The authorities said the seized animals “have a high reproductive capacity and pose a serious problem for the ecosystem, as well as being able to transmit dangerous diseases to humans.”

They were seized from a home in the rural municipality of San Bartolome de Tirajana in Gran Canaria.

Authorities said the animals are included in the CITES (Convention on International Trade in Endangered Species of Wild Fauna and Flora) agreement and in the Spanish list of invasive exotic species.

The removal happened after the Civil Guard learned that a person, who had recently died, left a large collection of prohibited non-domestic animals in a private property he had turned into a zoo.

“The SEPRONA Patrol of San Mateo contacted a relative of the deceased, who voluntarily agreed to enter the house for an inspection of the facilities, where the animals were located,” the statement said. The animals were captured and transferred to the Crocodile Park, police said.

“The Civil Guard points out that invasive alien species (IAS) are one of the main causes of biodiversity loss in the world,” the police said.

The authorities said an invasive alien species is an animal that has been “introduced or established in an ecosystem or natural or semi-natural habitat that is an agent of change and a threat to native biodiversity, either by its invasive behavior, or by the risk of genetic contamination.”

In late February, also in Gran Canaria, Spanish police seized a large private collection of poisonous animals and arrested one man for keeping 53 protected specimens in his urban home.  Among the specimens were a Gila monster, a Chinese crocodile lizard and various species of alligators.