Two officers discharged their weapons when the suspect refused to comply with orders. He later died in the hospital.
By Lee Bullen March 23, 2022
Facebook
Twitter
Linkedin
Email 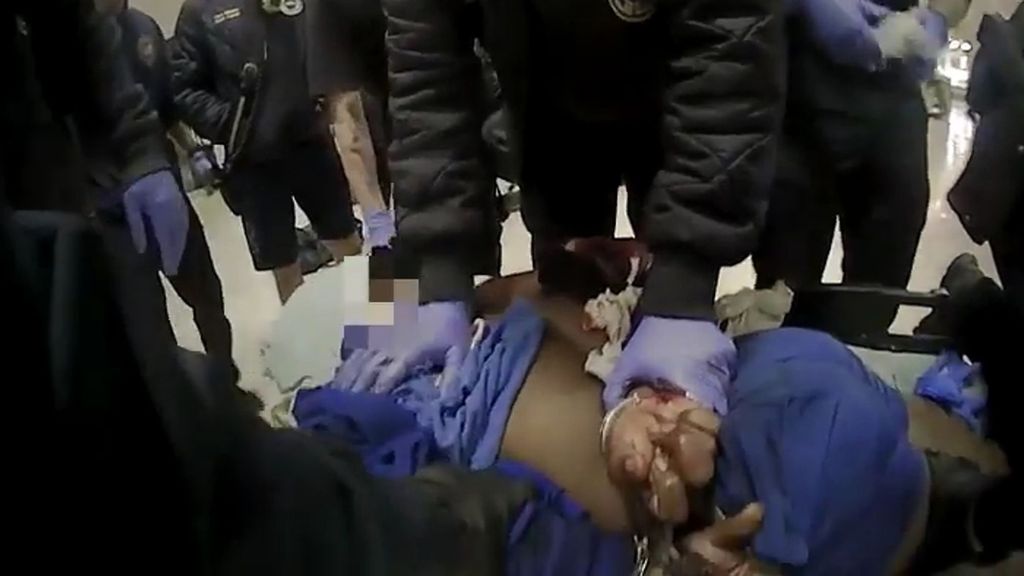 A suspect who killed a Houston deputy was shot dead by police after a mall shooting in San Jacinto County, Texas. (Houston Police Department Critical Incidents/Zenger)

Houston police have released footage of an officer-involved shooting in a shopping center after the suspect allegedly shot and killed a 62-year-old cop.

The incident took place at PlazAmericas shopping mall on Bellaire Boulevard in Houston, Texas, on Feb. 23. Footage of the event was just released.

The City of Houston said in a Feb. 24 statement: “Houston police are investigating the fatal shooting of a San Jacinto County Constable deputy and a male suspect at 7500 Bellaire Boulevard about 4 p.m. on Wednesday, (Feb. 23).

Houston Police Department Critical Incidents, which shared the video on March 22, said: “The images and information depicted may be disturbing. When an officer uses force to arrest a suspect or defend against an attack, it can be graphic, difficult to watch, and may contain strong language. Viewer discretion is advised.”

The police department said a body-worn camera is worn in the middle of the officer’s chest. As a result, the view may be blocked. They also do not show events that occur to the side or behind the officer.

The two police officers who discharged their duty weapons, T. Salameh and M. Nasser, are assigned to the Midwest Patrol Division. Both have been on the force 22 years. Neither officer was injured.

The police department said: “Officers were dispatched to an assist the officer call at the mall. Upon arrival, officers met crowds of people exiting the mall stating that a black male wearing a blue shirt was involved in a physical altercation with an officer inside a business. Witnesses stated the male suspect took the officer’s weapon and shot the officer (Constable Deputy Adams).”

Police say officers entered the mall and located the suspect, who was wielding a knife, coming from the second floor. Officers “took cover and utilized voice commands, but the suspect refused to comply with orders.”

When the suspect charged them, according to the statement, “two officers discharged their duty weapons, striking the suspect. The suspect fell, got up and attempted to flee.”

Officers then used a stun gun to stop the suspect. Police say the suspect “continued to resist” but officers were able to place him into custody.

The suspect was transported to the hospital by paramedics.

When an officer discharges a weapon causing injury in the Houston city limits, the incident is investigated by the Houston Police Department Special Investigations Unit, Internal Affairs Division and the Harris County District Attorney’s Office.