The tiny dog has earned the respect and gratitude of his human colleagues.
By William McGee March 22, 2022
Facebook
Twitter
Linkedin
Email 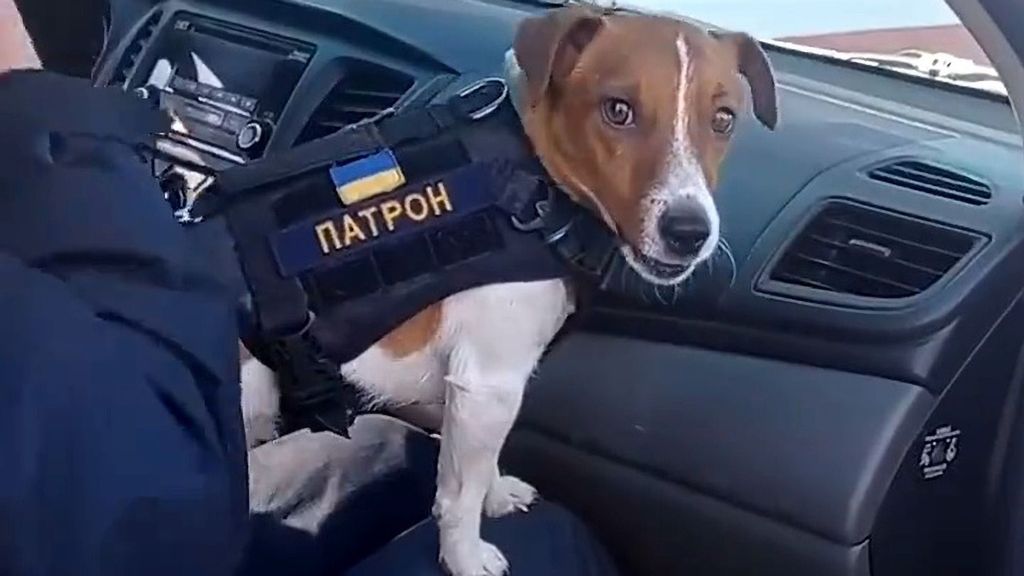 Footage of the dog’s brave actions was shared by the State Emergency Service (SES) of Ukraine, the country’s civil defense and rescue agency, on March 19.

“News from Patron! Our militant dog – the mascot of Chernihiv pyrotechnicians continues to serve!” stated the caption accompanying the video.

“Since the beginning of the war, he and SES sappers have cleared almost 90 explosive devices.

“Thank you, friend, for your tireless work!”

The video shows the adorable pooch hopping onto his human colleague’s lap in the passenger seat of their work car and ends with the diminutive dog in action in the field.

Russia has been accused of using illegal and fearsomely destructive weapons against not only soldiers but also civilians in Ukraine since it launched its invasion on Feb. 24.

Russia’s alleged use of cluster bombs and thermobaric weapons, also known as “vacuum bombs,” will feature in the International Criminal Court’s investigation into possible war crimes in Ukraine.

The United Nations has confirmed 902 civilian deaths during the invasion so far. However, the real figure is believed to be in the thousands.

The U.N.’s International Court of Justice ordered Russia to immediately cease military activity and withdraw its troops five days ago, marking the first time the world court has ever issued such an edict.

It ruled that Russia “shall immediately suspend the military operations that it commenced on 24th February” by a vote of 13 to two, with Vice President Kirill Gevorgian of Russia and Judge Xue Hanqin of China dissenting.

The decision followed a suit filed by Ukraine on Feb. 27 that claimed Russia was manipulating the concept of genocide to justify its invasion.

U.S. retired Gen. David Petraeus also explained during an appearance on CNN Sunday that despite the Russian forces outnumbering the Ukrainian army, many civilians have taken up arms to fight and provide logistical support to the Ukrainian military.

“Usually, the rule of thumb for urban warfare is that it requires at least five attackers to every defender,” Petraeus told CNN national security analyst Peter Bergen. ”In this case, I’d argue it may be more than that because the Ukrainians are so resourceful. They will work together to prevent the Russians from taking urban areas the way that infantry and combined arms normally would do.”

He also explained that the stagnant status of Russia’s forces may be prompting their generals to move to the front of columns, where Ukrainian snipers can easily pick them off. He said that four of the five generals that the Ukrainians claimed to have killed so far have been confirmed by U.S. sources.

Russia has occupied territory in the north, east and south of Ukraine but has so far failed to take its largest cities, such as the capital Kyiv and Kharkiv, in part due to the strength and determination of the Ukrainian resistance.