VIDEO: Essex Cop Chases Fleeing Suspect And Catches Him By His Underwear 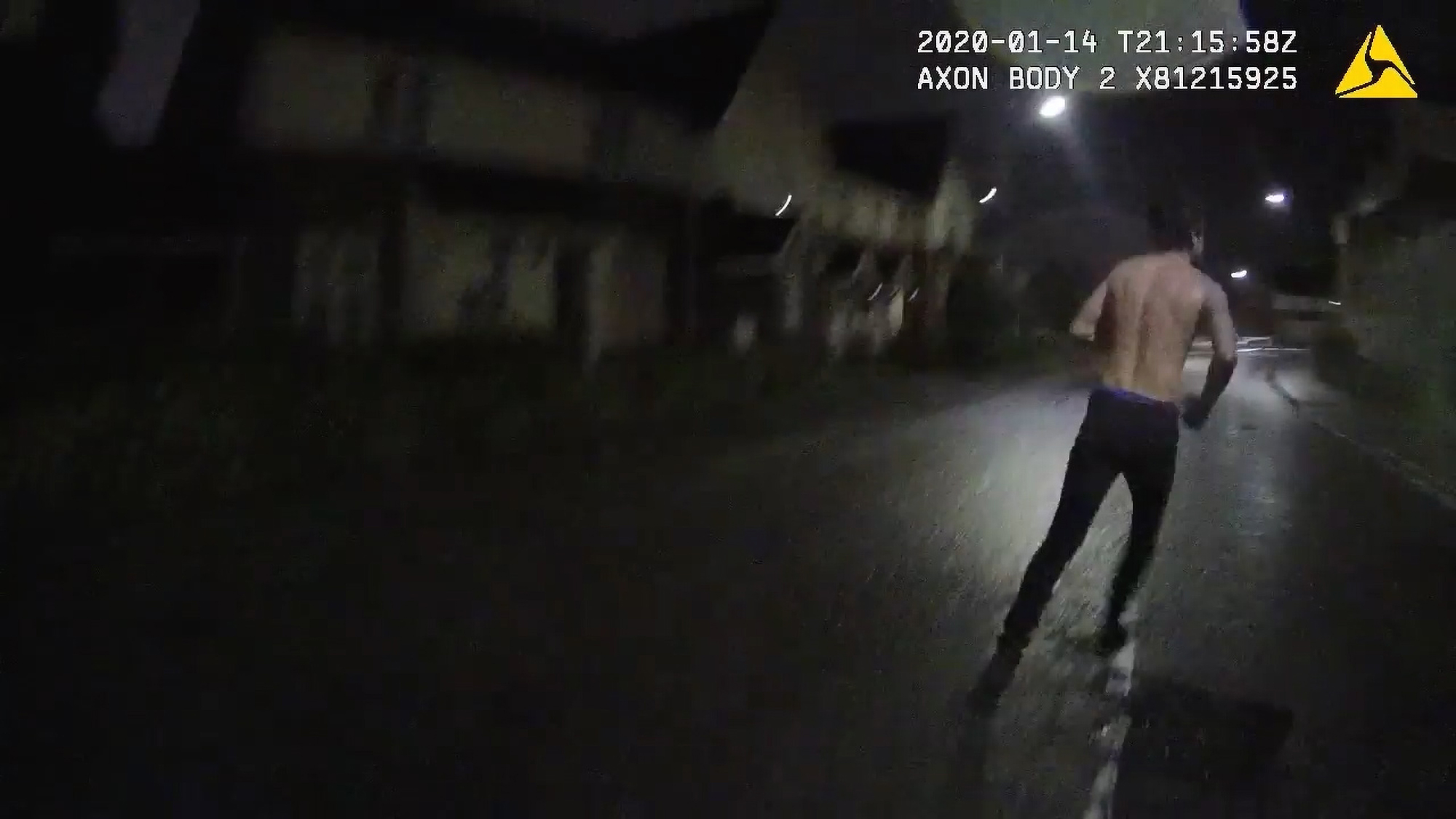 The man seen trying to flee in this screenshot from a video had dragged a police officer down the road with his moving vehicle after a routine traffic stop in Chafford Hundred, England, on Jan. 14, 2020. (Essex Police/Zenger)

An English police officer who chased a shirtless suspect who had punched her and a colleague and eventually caught him by his undies as he tried to scale a gate was featured on BBC One’s Crimewatch Live.

Essex Police shared a video of the January 2020 chase and arrest on social media on March 21 with the message: “The bravery of one of our officers has been featured on BBC One’s Crimewatch Live, and now you can watch her body-worn video footage of the incident.”

Police Constable Chantelle Feyzifar caught the suspect in Chafford Hundred in Essex in a pursuit that began when the man dragged Feyzifar’s fellow officer down the road with his moving vehicle after a routine traffic stop.

When the vehicle stopped, Feyzifar rushed to help her colleague. Despite being punched in the head, she was able to use CS spray, a form of tear gas, on the man and call for backup.

When the man ran off, Feyzifar continued to chase him while saying over her police radio: “I’m OK, but … I just can’t stop him.”

Feyzifar was struggling, but so was the suspect, according to the video. Twice he wore himself out, collapsing to the ground, but she couldn’t stop him for long without backup. Fleeing for the third time in the video, the suspect gained a bit of distance, but Feyzifar pushed on and caught up to him.

Just as she grasped the waistband of his pants to stop him climbing over an eight-foot fence — five minutes after the initial traffic stop according to an Essex Police statement — sirens can be heard coming to assist in the arrest.

The suspect, who was 26 years old at the time, was later sentenced to four years and three months in jail for assault, causing bodily harm, assaulting an emergency worker, dangerous driving and failing to provide a specimen for analysis.

“Chantelle, from our #Grays Local Policing Team, was last year awarded the force’s Wilson Trophy for ‘outstanding act of the year’ for her brave actions,” the Essex Police statement said.

Crimewatch Live, which first aired in 2000 as Crimewatch Daily, is shown on BBC One Broadcasting and usually features the reconstruction of three or four cases per show. The actual detectives and relatives or friends of the crime victims involved in the featured cases are often interviewed.

The show is filmed the BBC’s Cymru Wales New Broadcasting House in Cardiff, with presenters Rav Wilding and Michelle Ackerley working in the studio, and John Paul Davies reporting as the scenes.