‘Quantum Charging’ Electric Cars Could Be As Fast As Pumping Gas 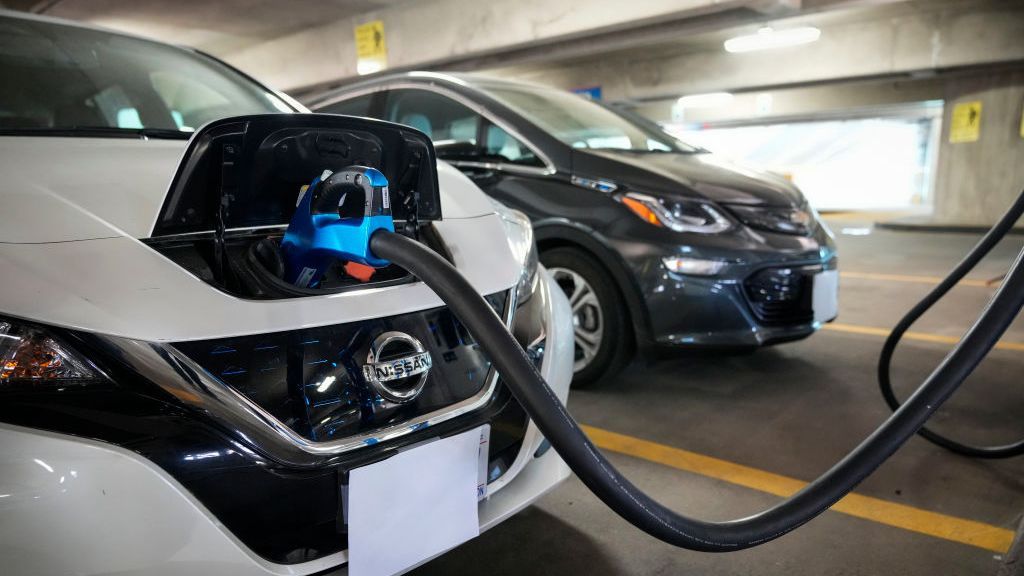 Electric cars may take as long as 10 hours to fully charge at home, while even superchargers at charging stations take 30–40 minutes to provide a full charge. New research suggests “quantum charging” could cut the time to mere seconds. File photo. (Drew Angerer/Getty Images)

New technology may accelerate charging speeds for electric vehicles by 200 times, meaning that filling a battery may take less than 10 seconds.

Drivers of electric vehicles face slow battery-charging speeds and inconvenience, whether at home or at sparsely distributed electric-charging stations. Cars, for example, may take as long as 10 hours to fully charge at home, while even superchargers at charging stations take 30–40 minutes to provide a full charge.

Although electric cars were rare even 10 years ago and millions are now being sold, batteries still limit their range because they cannot store as much energy as fuel tanks do in gasoline- and diesel-powered vehicles. This remains true despite significant improvements in battery technology in recent years.

Scientists at Korea’s Institute for Basic Science (IBS) may have found a solution to this vexing problem in the realm of quantum physics, discovering new quantum technologies that can quickly charge batteries. They drew inspiration from a 2012 study, which proposed the quantum battery concept and theorized that quantum resources such as entanglement may charge batteries at a vastly faster rate by charging all cells in a battery simultaneously.

Collective charging is currently not possible in classical batteries, which are charged in parallel and independently of one another, thereby slowing the process.

Quantum batteries, however, may theoretically lead to superfast energy-absorption rates because the bigger they are, the faster they can be charged. The advantages of collectively charging quantum batteries are measured by a ratio dubbed “quantum-charging advantage.” There are two sources behind this advantage: global operation, or battery cells simultaneously “talking” to all others, and all-to-all coupling involving a single cell.

A team of scientists from the Center for Theoretical Physics of Complex Systems at IBS sought to find out whether there are any limits to charging speeds. In a paper published in the journal Physical Review Letters, they write that all-to-all coupling is irrelevant in charging quantum batteries, stressing that global operation is key to the quantum advantage. The journal chose the paper as an “Editor’s Suggestion” feature.

In addition, the research team was able to precisely quantify by how much the charging speed can be increased. They found that unlike classical batteries (e.g., lithium-ion batteries), where maximum charging speeds increase according to the number of cells, quantum batteries with global operation may achieve quadratic scaling in charging speed.

If a battery in a typical electric vehicle has 200 cells, quantum charging may lead to charging speeds 200 times faster than classical batteries, according to the researchers. This would mean charging a vehicle at home would drop from 10 hours to 3 minutes. And at high-speed stations, charging times would drop from half an hour to mere seconds.

The results of the research may have consequences ranging far beyond vehicles, the scientists believe.

Quantum charging may be used someday in consumer electronics as well as in fusion power plants, which need large bursts of energy for instant charging and discharging. However, the researchers caution that quantum technologies still need years of research before they can be introduced to revolutionize energy use and green technologies.

«Previous Post
When It Comes To The Metaverse, The Future Is Already Here»Next Post
Ultrasound Waves Could Soon Be Used To Break Up Kidney Stones, Scientists Say