As most infections are seeded by a patient’s own microbiota, resistance-gaining recurrences can be predicted and minimized.
By Abigail Klein Leichman March 20, 2022
Facebook
Twitter
Linkedin
Email 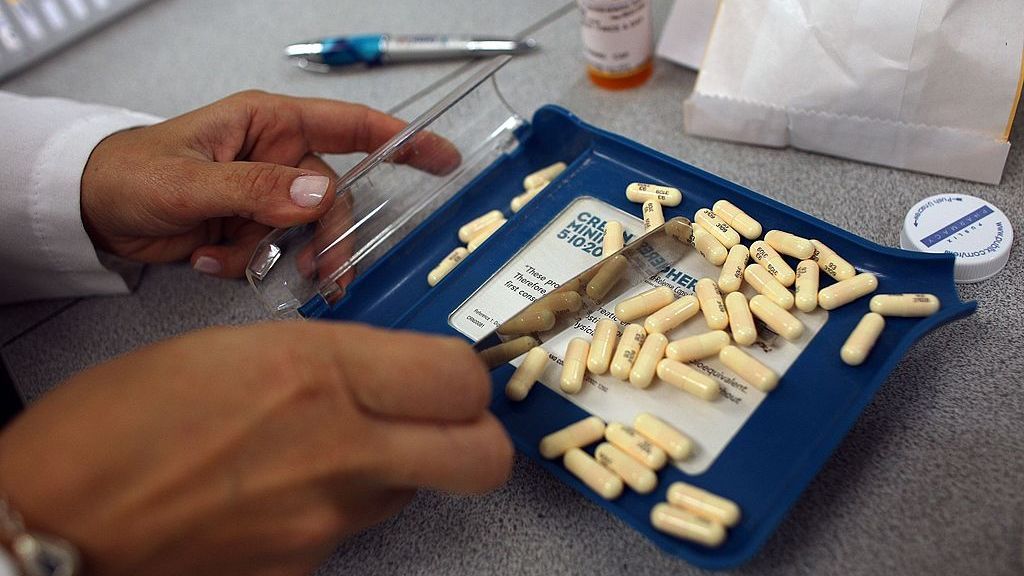 Antibiotics are essential to curing bacterial infections, but their overuse promotes the appearance and proliferation of antibiotic-resistant bacteria. Pictured, a Publix Supermarket pharmacy manager counts out the correct number of antibiotic pills to fill a prescription in Miami, Florida. (Joe Raedle/Getty Images)

An Israeli research group says its artificially intelligent antibiotic-prescribing algorithm can cut the risk of antibiotic resistance by half.

Antibiotics are essential to curing bacterial infections, but their overuse promotes the appearance and proliferation of antibiotic-resistant bacteria.

“We wanted to understand how antibiotic resistance emerges during treatment and find ways to better tailor antibiotic treatment for each patient to not only correctly match the patient’s current infection susceptibility but also to minimize their risk of infection recurrence and … resistance to treatment,” said Roy Kishony from the Technion – Israel Institute of Technology.

The group focused on two common bacterial infections — urinary tract infections and wound infections — to show how each patient’s past infection history can be used to choose the best antibiotic to reduce the chance of antibiotic resistance emerging.

“As most infections are seeded from a patient’s own microbiota, these resistance-gaining recurrences can be predicted using the patient’s past infection history and minimized by machine learning [with] personalized antibiotic recommendations, offering a means to reduce the emergence and spread of resistant pathogens,” the researchers said.

They used genomic sequencing techniques and machine learning analysis of patient records to develop this approach, described in the journal Science.

“We found that the antibiotic susceptibility of the patient’s past infections could be used to predict their risk of returning with a resistant infection following antibiotic treatment,” said lead author Mathew Stracy.

“Using this data, together with the patient’s demographics like age and gender, allowed us to develop the algorithm.”

The study was a collaboration involving Kishony and physicians Varda Shalev, Gabriel Chodick and Jacob Kuint at Maccabi KSM Research and Innovation Center. Maccabi is one of Israel’s four national health maintenance organizations.

The hope is that this algorithm could be used at the point of care to improve treatment and minimize the spread of resistant bacteria.

The CDC describes antibiotic resistance as “one of the world’s most urgent public health problems,” noting that it “has the potential to affect people at any stage of life, as well as the healthcare, veterinary and agriculture industries.”

In its 2019 Antibiotic Resistance Threats Report, it said more than 2.8 million antibiotic-resistant infections occur each year in the United States, resulting in the deaths of more than 35,000 people.

When Clostridioides difficile — a bacterium associated with antibiotic use that is not typically resistant but can cause deadly bouts of diarrhea — is added to these figures, the reported U.S. toll exceeds 3 million infections and 48,000 deaths.