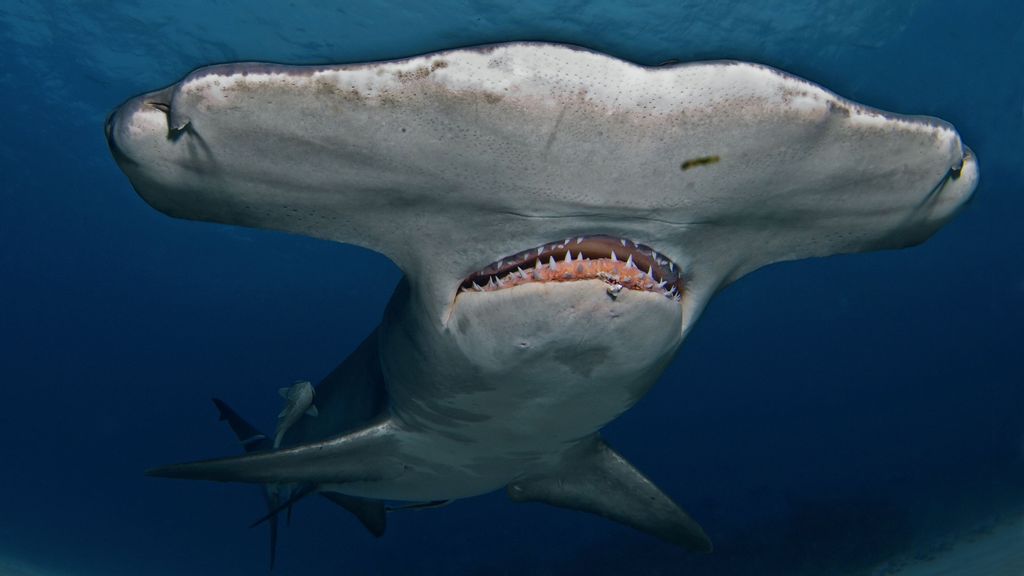 One of the winners in an international underwater photography contest was this shot of a great hammerhead shark. (Reinhard Arndt/Zenger News)

From a crocodile’s toothy grin to a pouting fish the size of pea, some of the world’s best underwater pictures have been revealed in a top competition.

More than 1,200 pictures were entered for the 2021/22 underwaterphotography.com contest. A review by a panel of photography professional chose 30 winners across 18 categories.

The winner of the gold medal in the over/under category is this smiling crocodile in Cuba by Italian Massimo Giorgetta taken in Garden of the Queen, a protected area on an archipelago on the south of the island.

Fellow Italian Raffaele Livornese won the wide angle/marine life category with an intricate shot of two sea lions playing whilst hunting among a school of sardines in La Paz, Mexico.

Taking a silver medal in the macro division was this shot of an alien-looking cuttlefish by German Luca Keller, who said it hovered in front of his lens.

A tiny juvenile pouting trunkfish is only the size of a pea, but snapper Leslie Howell from the U.S. bagged a silver for it in the macro-swimming category. “It was pretty active, darting in and out of the coral head, but it finally settled down enough for me to get this shot head on.”

No underwater photo competition would be complete without a good shark shot, and this great hammerhead at Tiger Bay, Bahamas by German Reinhard Arndt was enough to bag him a gold medal.

There was also beauty to be had in the tiny, as these delicate, white-tufted worms billowing in the current got a bronze in the macro/not swimming category for Czech Republic snapper Michal Stros.

In addition to naming individual photo winners, the competition judges selected Jose Maria Abad Ortega as the 2021/22 World Champion underwater photographer, based on his overall submitted work for the contest. A native of Spain now living in the Philippines, Ortega has been an active amateur photographer and diver since 1980.

“It has been a difficult couple of years for dive and travel, yet the competition has still received a total of 1,283 entries, said website owner Tal Mor, who runs the competition.  “In some places diving and travel last year were almost non-existent.”

Many internationally acclaimed photographers have launched their careers by taking part in the competition, Mor says. “The judges consist of industry professionals,” he adds. “They are unpaid, non-affiliated, and, of course, cannot enter themselves.”