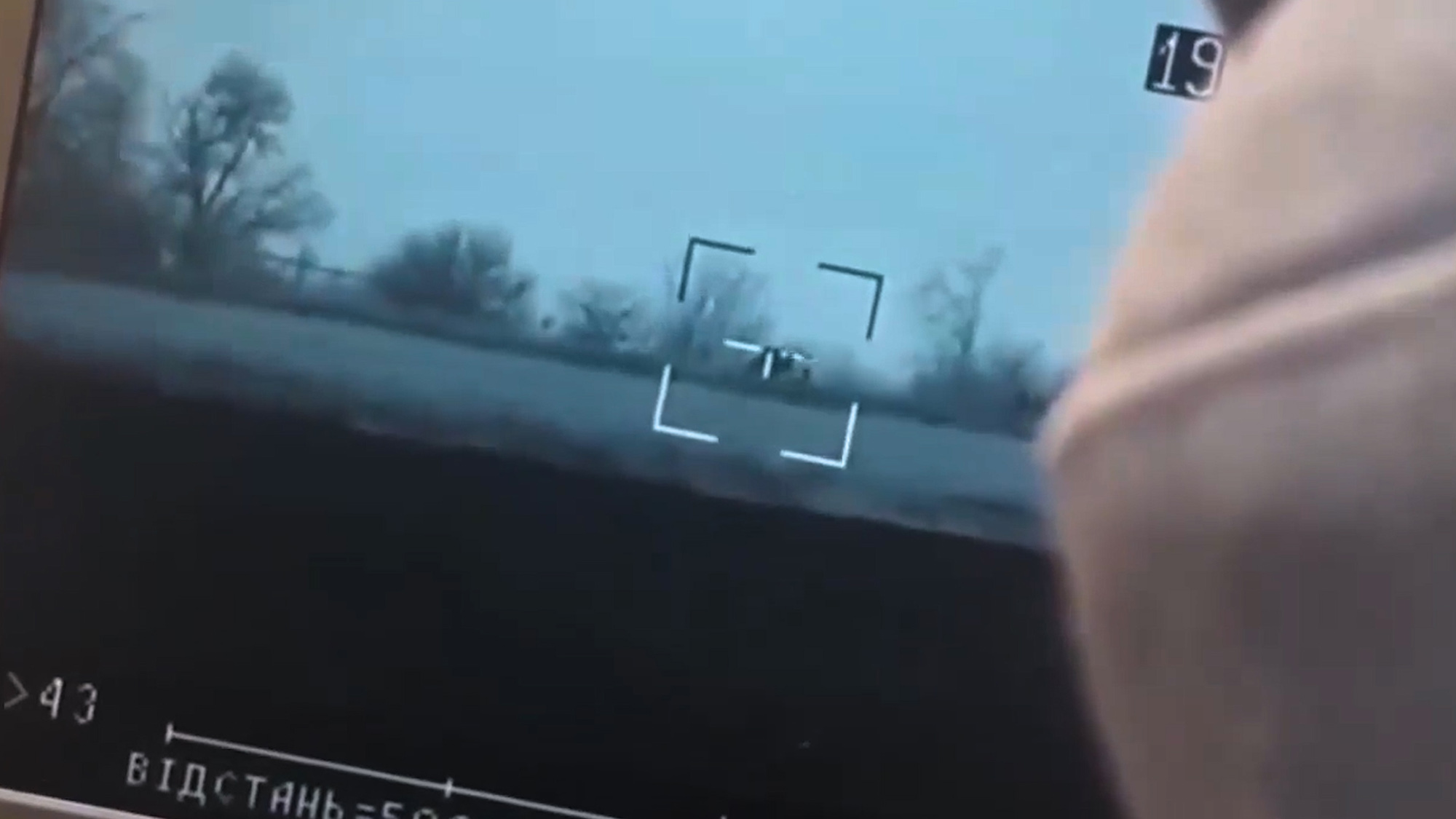 The Ukrainian military said it used a Ukrainian-made, laser-guided anti-tank missile system to destroy military vehicles of the Russian army in Ukraine as seen in this screenshot from a video. (@GeneralStaff.ua/Zenger)

A Ukrainian-made, laser-guided anti-tank missile system has been proving effective in stopping some Russian forces in a war now in its fourth week.

Footage shared by the General Staff of the Armed Forces of Ukraine shows what operators of the Stugna-P, developed by the Kyiv state design bureau Luch, can see through its screen.

After firing slightly off-target at first, Ukrainian soldiers are seen pointing the Stugna’s crosshairs at the intended target of the missile, guiding it with their laser system until it scores a direct hit, leading the Ukrainians to cheer their success.

Other footage shared by the General Staff of the Armed Forces of Ukraine shows another Stugna operator aiming high before using the laser guidance system to focus on a Russian target. A lone soldier appears to run away after the unidentified vehicle is hit.

“The Russian occupiers will not hide anywhere,” the General Staff of the Armed Forces of Ukraine says in a statement accompanying the video and adding that the “masters of their craft ‘work’ with long distances.”

The success of the Ukrainian-made weaponry in fighting the Russians does not mask the reality that before the war started there could be no comparison between the two nations’ militaries.

Ukraine spent $4.7 billion in 2021 on its military compared to Russia’s $45.8 billion, according to “The Military Balance” report published in February by the International Institute for Strategic Studies (IISS).

Before the war started, the report said Russia had 900,000 active personnel in its armed forces and 2 million in reserve while Ukraine had 196,000 active and 900,000 reservists, which they began putting on active duty before the fighting began.

The vast difference in military power on paper has led Ukrainian President Volodymyr Zelensky to frequently ask other nations for more weapons. Addressing a joint session of the U.S. Congress by video link Wednesday, he asked to be provided with the S-300 anti-aircraft missile systems or “similar systems.”

The S-300, an originally Soviet then Russian-made system, is mounted on mobile units, and is effective against both aircraft and cruise missiles.

The administration of U.S. President Joseph R. Biden Jr. announced this week that it will be providing $800 million in additional military aid to Ukraine. The package will include anti-aircraft systems, drones, anti-armor weapons and systems and small arms, including 100 grenade launchers, 5,000 rifles, 1,000 pistols, 400 machine guns and 400 shotguns.

The United Kingdom, France, The Netherlands, Canada, Germany and other nations are also making significant contributions in providing Ukraine with weapons.

“The Russian invasion of Ukraine marks a turning point. It is our duty to do our best to support Ukraine in defending itself against Putin’s invading army,” German Chancellor Olaf Scholz said in February as Germany ignored its longstanding policy of banning weapon exports to conflict zones.