The accused, Patrick Morris Simmons, had a previous relationship with the victim.
By Joseph Golder March 19, 2022
Facebook
Twitter
Linkedin
Email 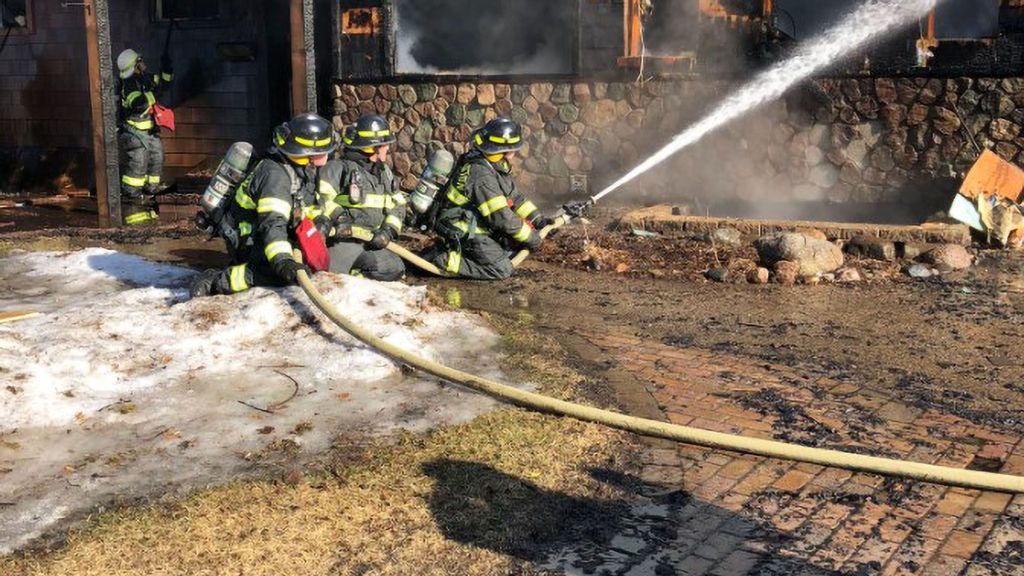 The fire at the house of Patrick Morris Simmons after the murder of Kelli Goodermont. Simmons is under arrest. (Bloomington Fire/Zenger)

A Minnesota man has been charged with murder after he allegedly stabbed his ex-girlfriend, a mother of three, before pouring gas on her and lighting her on fire.

The incident took place at a warehouse in Saint Paul, Minnesota, on March 15.

The suspect has been named as Patrick Morris Simmons and his alleged victim, Kelli Goodermont. Both the victim and the suspect reportedly worked at the warehouse.

The Saint Paul Police Department (SPPD) said in a statement that officers went to the scene of the incident after receiving reports that a woman was on fire.

The SPPD said: “Saint Paul police are investigating after a woman was found deceased on Tuesday, March 15, in Saint Paul’s Como Park neighborhood. Just before 9 a.m., officers were dispatched to a shipping warehouse on the 1700 block of Wynne Avenue for a report of a woman on fire.”

The police said they found the woman unresponsive and badly burnt, and then called medics to the scene, who pronounced her dead.

The police said: “When officers arrived, they located a woman in her 40s who was unresponsive and not breathing and appeared to have been badly burned.

“Officers secured the scene and called for Saint Paul Fire medics. Medics arrived and pronounced the woman dead at the scene. Homicide investigators responded, along with the Forensic Services Unit, who will process the scene for evidence.”

The police said that they quickly identified a suspect, saying that Simmons had previously been in a relationship with Goodermont.

Bloomington Officers observed a vehicle described by neighbors as leaving the address of the fire. A male exited the vehicle. Officers detained the man, later identified as Simmons.

The police said: “Patrick Morris Simmons, 47, was transported to the Saint Paul Police Department headquarters, where he was taken into custody without incident. He was interviewed by homicide investigators and will be booked at the Ramsey County jail for murder.”

A GoFundMe page was set up by Goodermont’s friends to provide financial assistance for her three daughters and pay for her funeral costs. To date, it has raised over $55,000. The goal is $75,000. The fund was established because her children were left without their main caretaker and support system.

This is the 11th homicide this year in Saint Paul.