A new site will serve as a platform for animal shelters to register and share their most urgent needs.
By Joseph Golder March 19, 2022
Facebook
Twitter
Linkedin
Email 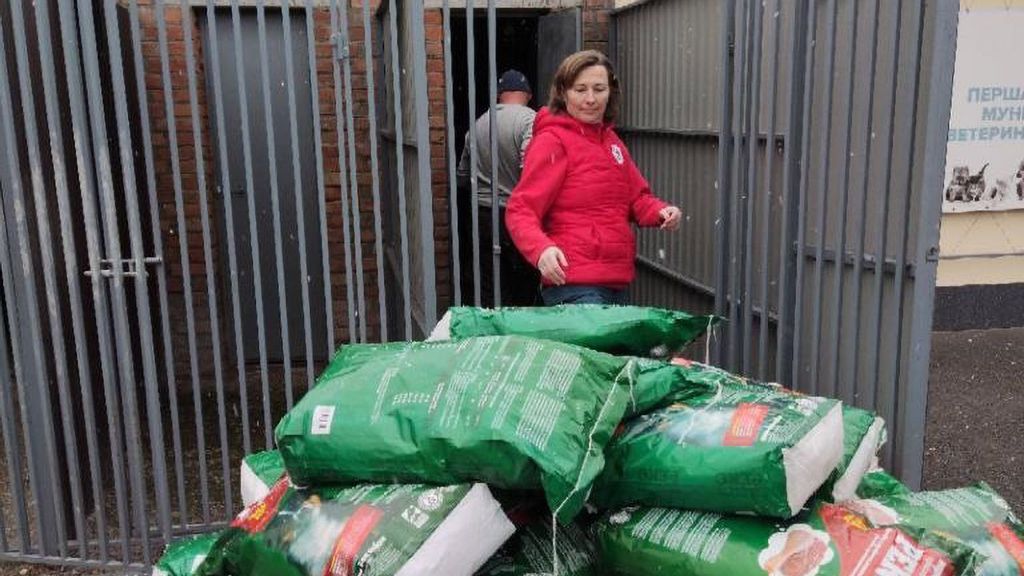 The global animal organization Four Paws has provided a new platform for distributing food and supplies to animal shelters in Ukraine. (Four Paws/Zenger)

A new aid project has been launched to feed animals at hundreds of shelters across Ukraine. The Four Paws animal-rights organization said it was partnering with Animal ID and Dogs Trust Worldwide to launch the aid project, called UPAW, for Ukrainian Pet Association Worldwide.

UPAW will soon be accepting donations to purchase dog food and cat food, pledging to distribute it “fairly to hundreds of animal shelters in war-torn Ukraine.”

The website, which is in its final stages, will serve as a platform for animal shelters to register and share their most urgent needs with the organization. Food for the animals is a huge priority.

Four Paws also said special warehouses are being set up to distribute the food for animals throughout the country.

Even without the finished website, UPAW has so far managed to distribute “over 176 tons of pet food to just over 100 animal shelters in Kyiv, Kharkiv and many other cities. This corresponds to the care of over 100,000 dogs and cats.”

Larger Ukrainian animal shelters with an online presence have been able to get help in the form of cash and in-kind donations via social media. But that is not the case for the majority of public and small shelters.

UPAW wants to help those most in need.

“Together with Dogs Trust Worldwide, we are helping our Ukrainian partner Animal ID to finance the website and the logistical platform UPAW. Once the website is up and running, we will be able to offer any registered and verified animal shelter or animal-welfare volunteer request pet food and other supplies,” said Manuela Rowlings, head of Four Paws Stray Animal Aid (SAC).

“Pet-food suppliers can also provide in-kind donations for onward distribution to animal shelters in Ukraine. This transparent system helps ensure that relief supplies are collected centrally and distributed fairly and evenly to those in need across the country,” she said.

Four Paws is a global animal-welfare organization based in Vienna, Austria. The local Four Paws SAC team has been active in Ukraine since 2013 and has treated almost 30,000 stray animals in more than 60 communities.

“The team in Ukraine typically operates a mobile clinic that carries out capture castration, vaccination and repatriation projects in various communities across the country. Due to fighting and roadblocks, it is too dangerous to carry out these activities on the street.

“The health and safety of our co-workers in Ukraine is of the utmost importance to Four Paws. The SAC team will continue the important work of treating, neutering and vaccinating stray cats in Ukraine as soon as it is safe to do so again,” the organization said.