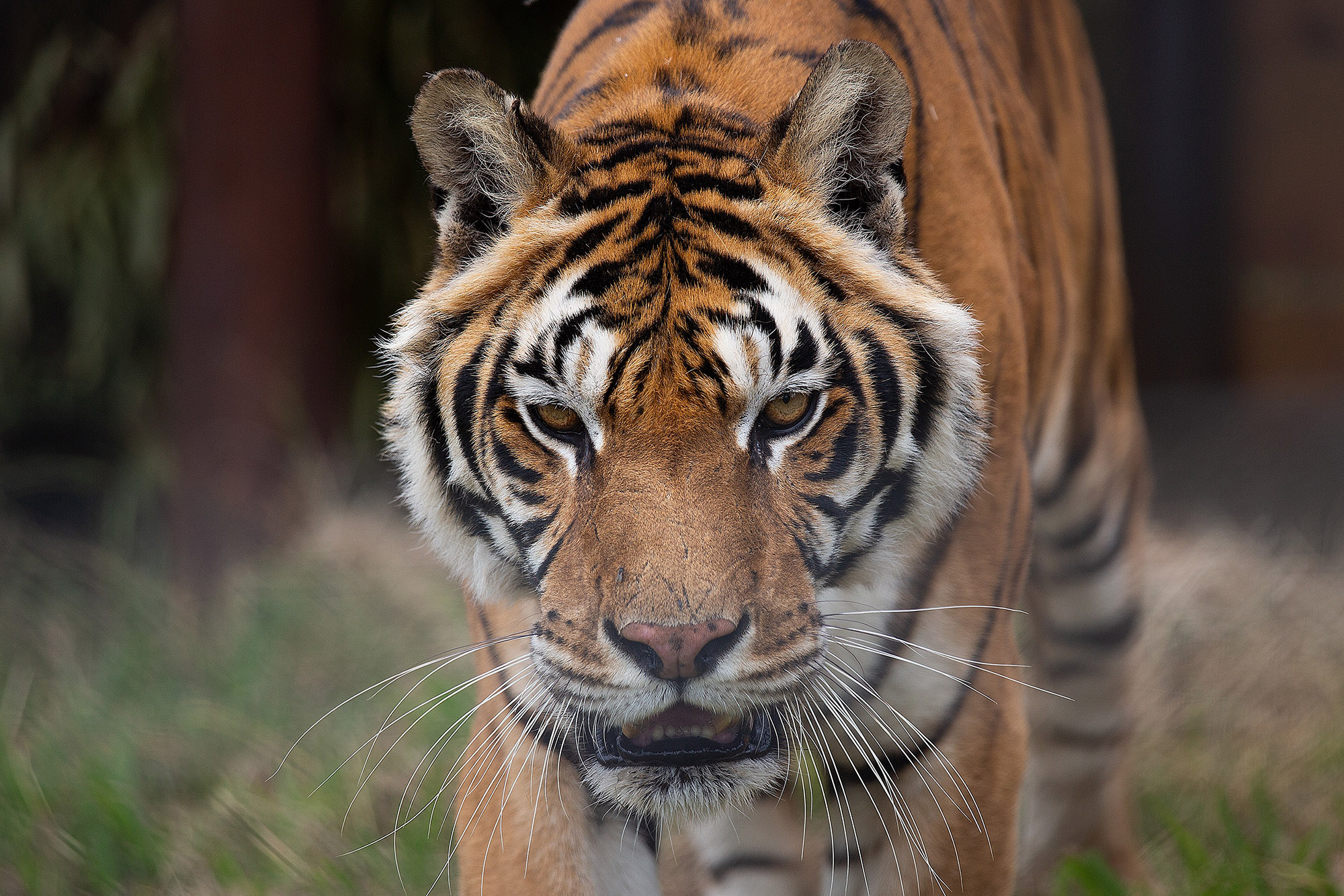 One of the four tigers that spent over 15 years stuck in a train carriage in an Argentinean circus. The tigers arrived at their new home in South Africa on March 12. (Four Paws, Daniel Born/Zenger)

A circus in Argentina that kept four tigers locked up in a train car cage for over 15 years sent them to a big cat sanctuary in South Africa, where they will be able to roam freely.

The four Bengal tigers — Sandro, Mafalda, Messi and Gustavo — had been stuck in a train carriage in the San Luis province in Argentina, the animal-rights organization Four Paws said.

They arrived at the LIONSROCK Big Cat Sanctuary, located near the town of Bethlehem, South Africa, March 12, where they will live out their lives.

Four Paws rescued the tigers after weeks of “tireless efforts and close cooperation with the Argentinian and South African authorities,” the organization said in a statement.

“Getting the tigers out of the train carriage, into the transport crates and on a truck to the airport, was a logistical challenge the experienced team mastered without complications. Now Sandro, Mafalda, Messi and Gustavo have arrived well at their new forever home after a journey of over 70 hours.”

Four Paws said this was the first rescue mission they conducted in South America.

The organization said a team of veterinarians and wildlife experts spent weeks preparing the tigers for their journey. The tigers arrived in good shape. Now, the team at LIONSROCK will “make sure they can relax and adjust to the new surroundings,” Four Paws said.

“These tigers have never felt grass or earth under their paws,” said Four Paws veterinarian Amir Khalil, who led the rescue mission and oversaw the transfer of the big cats from Argentina to South Africa.

He said it was the first time the animals saw sky above them, not just metal bars and a roof. Now they have hundreds of miles of landscape.

“It is overwhelming for them to be in a completely new environment, but animals are quick at adapting to better living conditions,” Khalil said.

Hildegard Pirker, the head of the LIONSROCK Big Cat Sanctuary, said: “The road to rehabilitation for these animals now begins. In the coming days and weeks, LIONSROCK will closely monitor the four tigers medical needs and determine the veterinary care they need.”

The South African sanctuary is currently home to more than 100 rescued big cats, with many rescued by Four Paws from “war-ravaged zoos, circuses, private ownership, and the canned hunting industry.”

Tigers are the largest of all Asian big cats, weighing in at up to 660 pounds. The tiger’s stripes are unique to each animal.