VIDEO: ET, Is That You? Scared Couple Mistakes Fallen Drone For An Alien Spacecraft 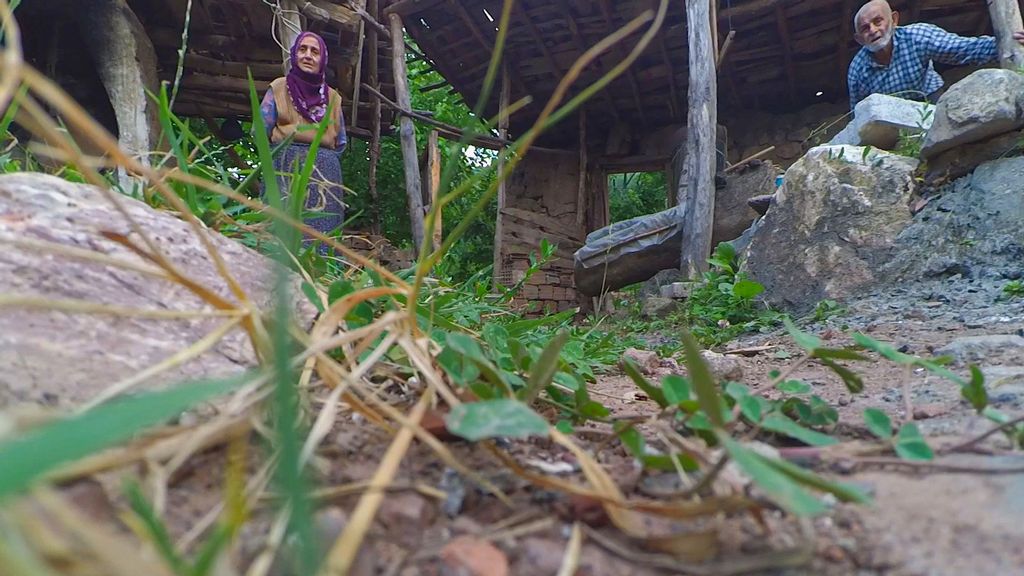 When a drone crashed in a village in Tokat, Turkey, it continued filming as an elderly couple nervously approached, thinking the vehicle came from space. (Umut Izgi/Zenger)

Recently released video shows a shaken-up elderly couple wondering if a drone that crashed in their garden was an alien spaceship — unaware at first that it was filming them the whole time.

The incident took place in the district of Erbaa in the Turkish province of Tokat, where the owner of the drone was attempting to take some aerial footage. The images were originally filmed in 2016, but to avoid embarrassing the couple, the drone owner waited until they had both died before releasing it.

The video begins as the drone is shown starting to spiral out of control; it continued filming as it plummeted to the ground, crashing into a garden with a thump.

The noise of the device hitting the ground startled a nearby elderly man, who nervously grabbed a stick and pointed it at the crashed drone before shouting across to his wife: “Who threw it here? Don’t you come close!”

The wife, who has now also entered the frame, asks: “What happened?”

He replies: “Something fell here, come have a look. Look! It made some buzzing sound and fell here. Don’t go near it!”

He then agrees with his wife when she says that it looks like something from space.  “Yes, it came from space! Don’t touch it, it has a bright light on it. Do you think is it going to explode? Do not get close to it. It has a light on.”

Shortly after that, drone owner Umut Izgi arrives on the scene and is shown in the video picking up the unmanned aircraft and looking it over. Despite that, the elderly couple — still apparently worried that it could be a visitor from outer space — can be heard saying: “We should call someone?”

That someone turns out to be a local teacher, who reassured the couple that they had not been invaded by aliens.

Izgi said while the incident happened six year ago, he decided not to make it public until now, fearing the couple would face ridicule for their reactions to the craft crashing into their lives. But after the couple’s deaths, he decided to make the video public and added some music and special effects to it. He was amazed when it was picked up by a local news agency and notched 6 million views.

“I am happy that it is going viral, as it puts a smile on people’s faces in these hard times,” he said.