The center will mimic conditions on the moon as accurately as possible.
By Georgina Jadikovskaall March 18, 2022
Facebook
Twitter
Linkedin
Email 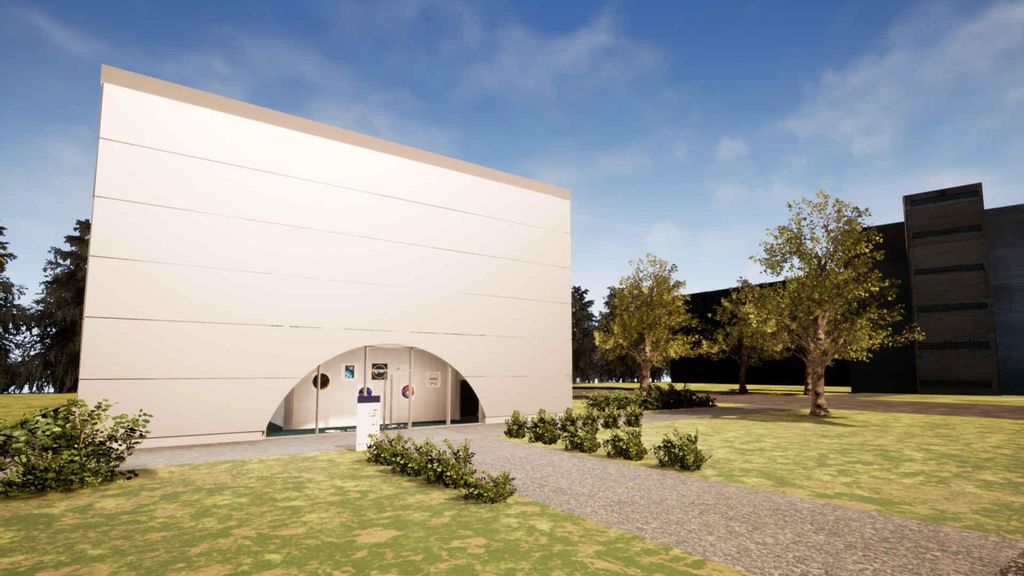 Exterior view of the new LUNA training centre in the German city of Cologne. (DLR/Zenger)

The European Space Agency is building a brand new lunar center in Germany to train astronauts it plans to deploy on missions to the moon.

Construction of the new test and training facility, named LUNA, is set to take place within the next few months at the premises of the German Aerospace Centre (DLR), which is located in the city of Cologne in the western German state of North Rhine-Westphalia.

The preliminary decision to start construction was made by North Rhine-Westphalia’s Minister of Economic Affairs, Innovation, Digitalization and Energy Andreas Pinkwart, who approved a grant of up to $27.6 million (25 million euros) for the initiation of the project on March 16.

LUNA is expected to make an important contribution to the preparation process of astronauts before they embark on missions into space over the coming decades.

The DLR reported that the hall will be more than 7,500 square feet and nearly 30 feet tall. The floor will be covered in regolith — a heterogeneous superficial deposit consisting of dust, broken rocks and other related materials present on Earth, the moon, Mars, some asteroids and other terrestrial planets and moons.

In addition to lunar-like craters and a suspension system that will reduce the astronauts’ weight to a sixth of what it would normally be on Earth, the facility will be equipped with apparatuses to realistically simulate the particular conditions present on the moon’s surface.

The idea behind the training center, according to the DRL, is to aid research and technology development and enable astronauts and support teams to train as realistically as possible for their future missions on Earth’s only natural satellite.

“Astronauts, university and non-university scientists, industry, SMEs and start-ups will test, validate and apply new ideas, processes and technologies here. Through their cooperation, innovations can be made possible and implemented much faster. This converts creative potential into technologies that benefit us all.”

DLR board member Klaus Hamacher emphasized other possibilities for the project

“LUNA can also be used as a test environment for new, robust and compact energy systems that are designed for the lunar conditions with their long night phases and require a self-sufficient energy supply with the corresponding storage. The gained experience can also flow into energy transition technologies,” he said.

“DLR’s lunar research is motivated on the one hand by fascination and scientific curiosity but also by the need to find innovative solutions to our terrestrial challenges. Here, we bring in a multifaceted research portfolio that ranges from human physiology to materials research and is supported by the use of artificial intelligence,” said DLR Divisional Board Member for Space Anke Pagels-Kerp.