Islamic Investing Expected To Boom If Combined With ESG Standards 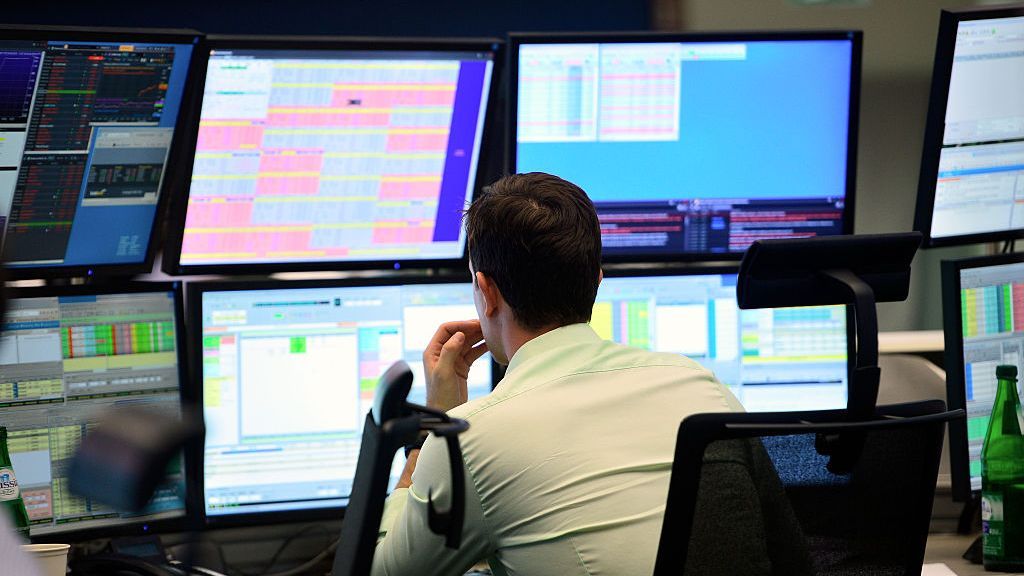 The ongoing proliferation of electronic shares trading on a global scale is also expected to help propel the growth of the Islamic finance market. (Thomas Lohnes/Getty Images)

The global Islamic finance market could expand dramatically if its goals are combined with those of Environmental, Social, and Governance (ESG) funds.

The latter funds have about $35 trillion under management globally, and that figure is projected to hit $53 trillion by 2025, accounting for one-third of all investable assets.

In contrast, Shariah funds — which are those that invest according to the ethical and religious principles specified in the Koran— have grown 300 percent over the past decade, but still only amount to about $200 billion in assets, according to the Bahrain-based General Council for Islamic Banks and Financial Institutions.

According to the accounting firm, Acca, those Islamic principles include:

If ESG and funds that track Islamic law had a common foundation, they could impact the business operations of global firms, especially those operating in conservative nations in the Middle East, financial experts say.

This could also have a huge political impact on the 1.8 billion Muslims globally. This figure represents approximately a quarter of the world’s population.

“Islamic finance and ESG investing are complementary investment approaches sharing significant common ground, such as being a good steward to society and the environment,” noted a recent white paper by BNY Mellon. Both offer products that appeal to Muslim and non-Muslim investors alike, and hold strong practices and policies that each can learn from the other.”

A recent study found that over one-third of financial professionals who practice Islamic finance said they expect to see a large increase in the number of Islamic funds that offer ESG and Islamic Shariah compliance over the next two years, according to a study by Maybank Islamic Berhad.

That study found that 73 percent of professionals working for financial firms view the demand for ESG products is not being met because they do not meet the standards required under Shariah law.

However, if Shariah law and ESG criteria were combined in new products, the sector could see the growth rate expand significantly, the study said. This is especially true in North America, where ESG funds have exploded in popularity.

“Islamic Finance is indeed growing strongly, but we believe the growth could be further boosted if it was able to offer Shariah and ESG compliant funds globally. This study is showing that potential demand for such funds would rise from the traditional, as well as the non-Muslim investors,” Maybank Islamic CEO Dato’ Mohamed Rafique Merican said in a press release.

While the number of funds and assets under management have increased among Islamic investors Shakeeb Saqlain, founder and CEO of IslamicMarkets.com, said the Islamic finance sector lacks “a global regulatory and legal framework.”

If a standardized framework were adopted, the Maybank study found that 72 percent of those questioned believe the combination of Shariah and ESG-compliant funds would boost investment demand from non-Muslims than Muslims.

This view was stated earlier by Abdelilah Belatik, secretary-general of the Islamic Financial Services Industry (IFSI). In a January 2022 report, the group said “with the growing market for ESG investing, Islamic funds possess a huge growth potential and are expected to play a prominent role in the Islamic financial services industry in the coming years.” This is especially true if sustainability criteria were used.

Despite the overlap in ESG and Sharia investing principles, assets under management in Shariah funds have not kept pace with the growth in ESG funds.

The Schroder’s report offered a possible explanation for this divergence: “The current limited range of Shariah-compliant investment products fails to meet Muslim investors’ broader preferences, in addition to Shariah-compliance alone. For example, the lack of an explicit focus on sustainability within the majority of Shariah equity funds could be pushing investors who are motivated by ESG considerations to the traditional sustainability arena, as opposed to the Shariah arena.”

The report also found that adding sustainability criteria to a Shariah portfolio “recognizes that sustainability principles are at the core of Islamic beliefs, a fact which has failed to receive the prominence it deserves among traditional Shariah  investment products,” said Lily Choh, Schroders’ Head of Distribution Southeast Asia and Head of Institutional Business Asia.

A different viewpoint was offered by Monem Salam, executive vice president and portfolio manager at Saturna Capital. “When it comes to ESG standards, we in the world of Sharia investing are in a different place.

“There are no centuries-old guidelines to steer standardization,” Salam said. “The sector could borrow part of the Islamic investing approach, however. With Shariah-compliant investing, our advisor is there to field questions and audit our funds. An independent ESG body could serve the same purpose by advising on ESG products and serving as a third-party auditor, which can also be used for risk mitigation, i.e., a regulator to look at audit reports to make sure a fund complex is following the rules it sets out for itself.”

Saturna Capital is the best-known provider of Sharia-compliant mutual funds in the U.S. Its Amana fund family includes four funds totaling over $5 billion in assets. Their funds follow both Islamic principles and ESG investing principles. They eliminate companies that have operations that do not comply with teaching in the Koran. This includes companies whose business operations charge interest, engage in gambling, tobacco, pork production, alcohol manufacturing, pornography and weapons manufacturing.

While ESG funds are especially popular in Europe and other developed markets, creating a global standard is a slow process. The Maybank study found that 55 percent of respondents said the launch of a global standard is at least two years away. Only 52 percent expect “good progress or even dramatic progress” within that timeframe.

In addition to fund availability, one key reason ESG funds may be more popular than Sharia-based funds is due to their fees and performance.

A fee study by Morningstar found that investors in ESG funds were paying higher fees compared to investors in non-ESG funds.

The Amana Growth Fund (AMAGX), the largest Sharia-compliant fund offered in the US, outperformed the S&P 500 in 2021, as well as in past 10 years. The fund returned almost 33 percent over the past three years, versus 26 percent for the S&P 500, and 18 percent over the past 10 years, vs. 16.5 percent for the S&P, according to Sustain.com. AMAGX also has an expense ratio of 0.95 percent.

While making investment decisions that include societal benefits is new, it’s also clear that companies that practice sustainable investing have improved financial performance.

“From a financial point of view, there’s been increasing recognition that ESG, whether it be climate or diversity, actually does affect the value of companies,” said Eric Pan, CEO of the Investment Company Institute. “It’s natural that they would want their investment portfolio to take into account those factors. So for our members, there’s a basic responsibility to investors.” In practice, this means that companies that follow ESG and Islamic finance principles could deliver better returns to investors than those who don’t.