The editors claim the idea, created by writers such as Charles Dickens, is a myth.
By Anamarija Brnjarchevska March 18, 2022
Facebook
Twitter
Linkedin
Email 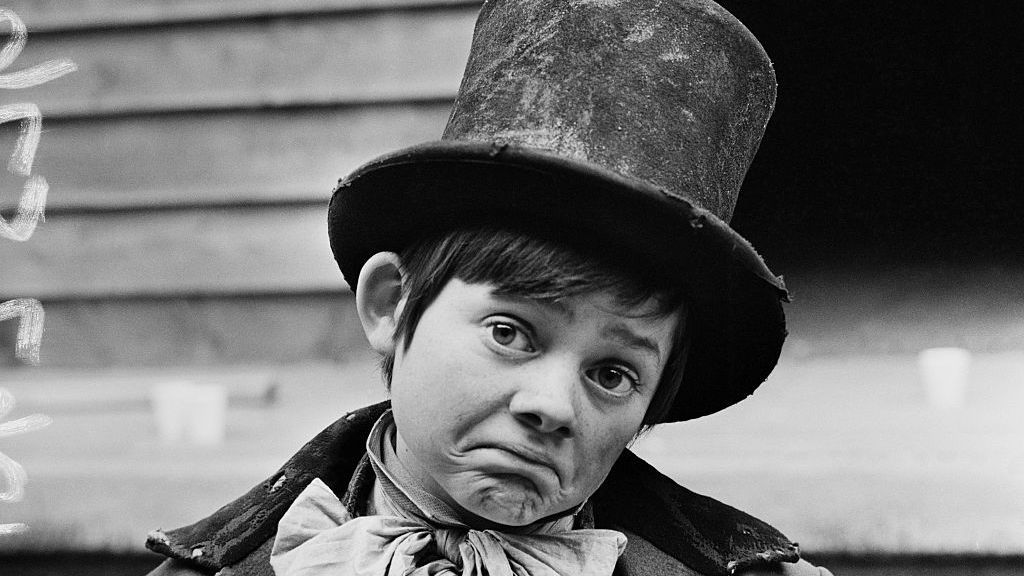 English actor Jack Wild (1952–2006) in costume as the Artful Dodger in the film production of the musical “Oliver!”, based on the novel “Oliver Twist” by Charles Dickens, Nov. 2 1967. In the novel, Oliver Twist is an orphan born in a workhouse. When he is later sold into an apprenticeship, he runs away and meets a gang of young pickpockets, including the Artful Dodger. (Larry Ellis/Express/Getty Images)

Mass squalor in Victorian Britain was a myth created by writers such as Charles Dickens — and the working class had many “luxury” items in their homes, a new book claims.

The notion of 19th-century paupers living in degradation was largely exaggerated for middle-class readers, according to “The Working Class at Home, 1790-1940.”

Co-edited by Joseph Harley, Vicky Holmes and Laika Nevalainen, the book attempts to set the record straight about the lives of working-class people.

It argues that far from living in perpetual poverty, the Victorian working class ”made the best of their situations to create relatively comfortable environments.”

“The Working Class” rejects the common view that working Britons in the 19th century lived in squalor — contending that famous writers tended to exaggerate conditions to get readers’ attention.

Books by Dickens, for example, were primarily bought by middle-class readers who took to stories about workhouses and extreme poverty, such as “A Christmas Carol.”

In fact, Harley said, people accumulated a sizable range of possessions and furnishings, despite being working class. Paupers, typically seen as the most impoverished workers, often had clocks, watches and mirrors, which were expensive items for the time. In some cases, paupers even owned silver spoons, tea-making items and sugar nippers, tools used to cut sugar.

“The Working Class” also says timepieces were found in over one-quarter of households and looking glasses allowed their owners to maintain their appearance and also light their homes more efficiently.

Harley, a lecturer in history at Anglia Ruskin University, analyzed pauper inventories and letters for his anthology.

He said: “The concerned reformers of industrializing towns and cities painted a picture of severe deprivation, of rooms that were both cramped yet bare at the same time, and disease-ridden spaces from which their subjects required rescue.

“Even today, working-class abodes of this period continue to be perceived as being unhomely and devoid of the most basic of furnishings, material comforts and cleanliness. This image is wrong and implies that working-class people didn’t have the ability, desire or means to create moderately comfortable domestic spaces.

“The material wealth of the poor was, of course, smaller and much more modest than the middle classes. But for the poor themselves, the changes that took place in this period were significant, and their homes contained myriad possessions.”

Harley said his book does not deny the existence of squalor. Instead, it demonstrates that such contemporary depictions do not represent the typical experience of the working class at home during this period.

He also said the comfort level of the working class was often precarious, and fluctuated depending on their immediate financial situation.