History shows that Ukraine will likely be dealing with unexploded ordnance for years to come.
By Joseph Golder March 17, 2022
Facebook
Twitter
Linkedin
Email 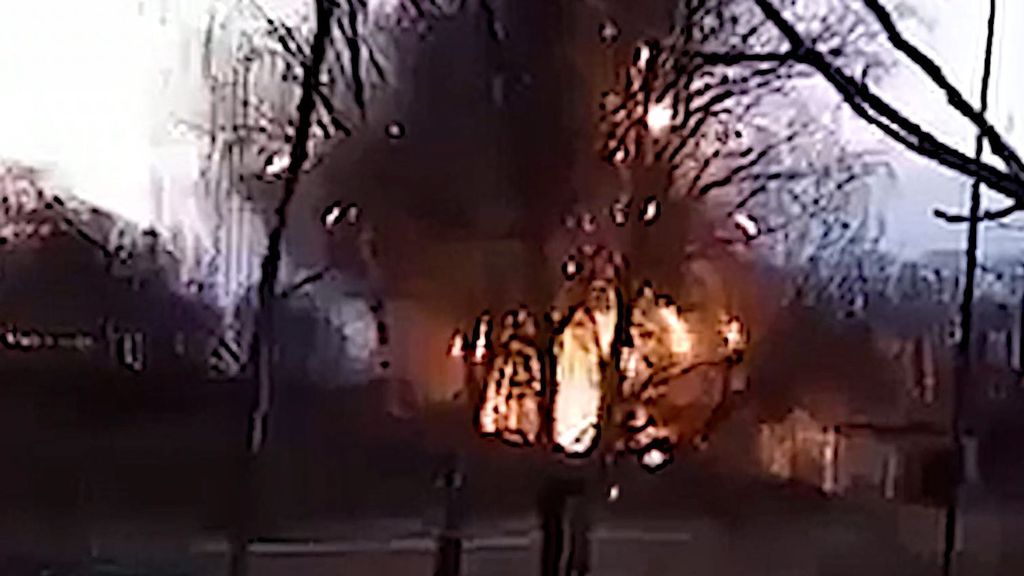 The National Police of Ukraine say they have neutralized more than 350 unexploded ordnance left by Russian forces in Ukraine as this screenshot from a video depicts an explosion. (@mvs.gov.ua/Zenger)

Ukrainian police bomb squad experts have had their hands full detonating explosive devices left behind by Russian soldiers, with a reported 350 of them neutralized so far.

Ukraine’s Ministry of Internal Affairs shared footage from March 16 showing the experts carrying out a controlled detonation. It is unclear how many devices were detonated in the footage.

“In addition, the explosives service of the National Police provides assistance to units of the SES [state emergency services] of Ukraine during the excavation of the affected facilities.”

“How much trouble would this bearer of death do if it had hit its target… And to our requests to close the sky over Ukraine in response … silence,” he wrote.

“We remove the remains of ammunition as evidence of Russia’s war crimes against Ukraine. The whole world must see and condemn the real destruction of the Ukrainian civilian population by Russian invaders.”

Kilmenko also mentions the reality that has plagued many war-torn countries long after the last shot has been fired.

“And even after our victory, the echo of war will be heard for a long time. For who knows how much unexploded ordnance is hidden underground and among debris,” he says.

The history of armed conflicts of the last 75 years backs up Kilmenko’s assertions.

“Even now, 70 years later, more than 2,000 tons of unexploded munitions are uncovered on German soil every year…,” Adam Higginbotham wrote in the January 2016 edition of Smithsonian magazine. In May 2015, “some 20,000 people were cleared from an area of Cologne while authorities removed a one-ton bomb that had been discovered during construction work. In November 2013, another 20,000 people in Dortmund were evacuated while experts defused a 4,000-pound ‘Blockbuster’ bomb that could destroy most of a city block. In 2011, 45,000 people — the largest evacuation in Germany since World War II — were forced to leave their homes when a drought revealed a similar device lying on the bed of the Rhine in the middle of Koblenz.”

In Southeast Asia, the U.S. State Department said in an April 5, 2021, report: “More than 40 years of conflict from World War II through the Indochina Wars have left much of Cambodia, Laos, and Vietnam contaminated with landmines, unexploded ordnance (UXO), and other explosive remnants of war (ERW). These explosive hazards still cause injuries and deaths and prevent the safe and productive use of land.”

That history is not lost on Kilmenko, who says: “Let’s chase away the enemy and cleanse Ukraine of the deadly gifts of the ‘brotherly’ people. Because we are on our land!”