The victim was taken to a tertiary-care hospital as he had sustained serious injuries in an accident on the ship.
By Lee Bullen March 17, 2022
Facebook
Twitter
Linkedin
Email 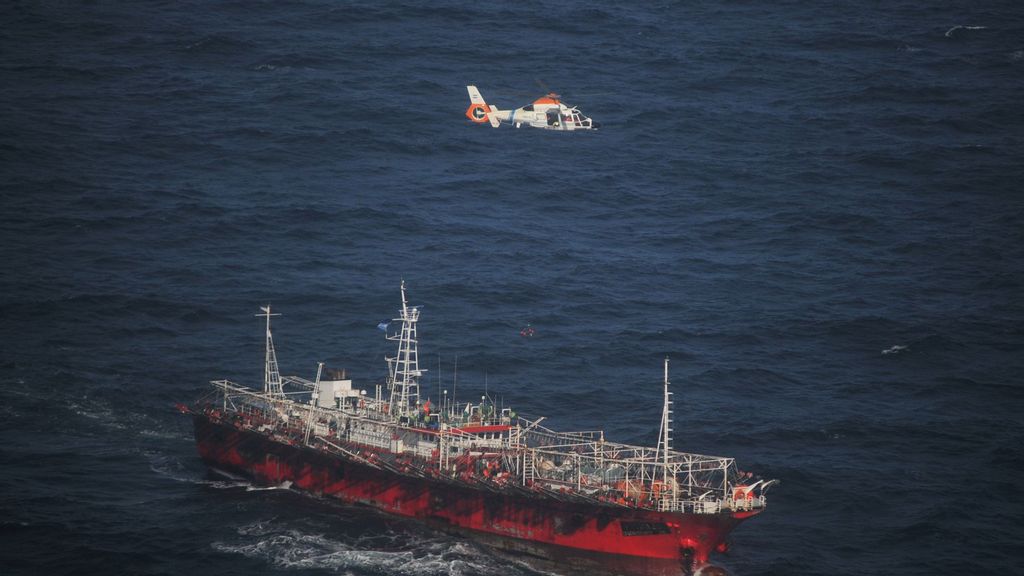 A crew member on a fishing vessel suffered an accident while sailing more than 270 nautical miles from Comodoro Rivadavia, Argentina, and needed to be air-evacuated for treatment. (Argentine Naval Prefecture/Zenger)

An Argentine Navy helicopter airlifted an injured fisherman for emergency medical care after he lacerated his arm.

The rescue took place off the coast of the city of Comodoro Rivadavia in the southern Argentine province of Chubut.

“The 41-year-old man suffered an accident when he was sailing over 500 kilometers [270 nautical miles] from Comodoro Rivadavia. Rescuers from the National Maritime Authority managed to assist him and take him to the mainland for health checks,” the Argentine Naval Prefecture said in a statement on March 14.

“The emergency began when the ship’s captain contacted the National Maritime Authority to carry out a medical radio consultation after one of his crew, a 41-year-old Argentine man, had been injured in a fishing maneuver, suffering an exposed fracture in his arm, cut to the wrist, and laceration to the biceps.”

The statement noted that the doctor and rescue crew arrived in the helicopter from the Comodoro Rivadavia Air Station to airlift the fisherman, and a plane was dispatched as well to provide additional support.

Footage of the rescue was taken from various vantage points inside the plane and helicopter. As the video starts, the helicopter is seen preparing for takeoff. A short while later, the view from inside the small plane shows the takeoff and journey across the ocean to reach the fishing trawler. The plane flies alongside the trawler at first and then moves away to monitor the rescue effort from a safe distance.

“After carrying out the evaluation, the main official Julieta Ibarra, doctor of the Prefecture, together with the Health Department of the Institution, emphasized the need for urgent assistance to transfer the man to a tertiary care hospital.”

“Once the helicopter was positioned over the ship, personnel lowered a rescue basket and hoisted the crew member. Onboard the helicopter, the health professional performed first aid, while the arrival of an ambulance was coordinated,” the statement said.

“Once on land, [the victim] was transferred to the hospital for better care, successfully completing the rescue operation.”

There have been no further updates on the fisherman’s condition.