An Oklahoma City officer was shot during a weapons search. He is recovering from his injuries.
By Joseph Golder March 17, 2022
Facebook
Twitter
Linkedin
Email 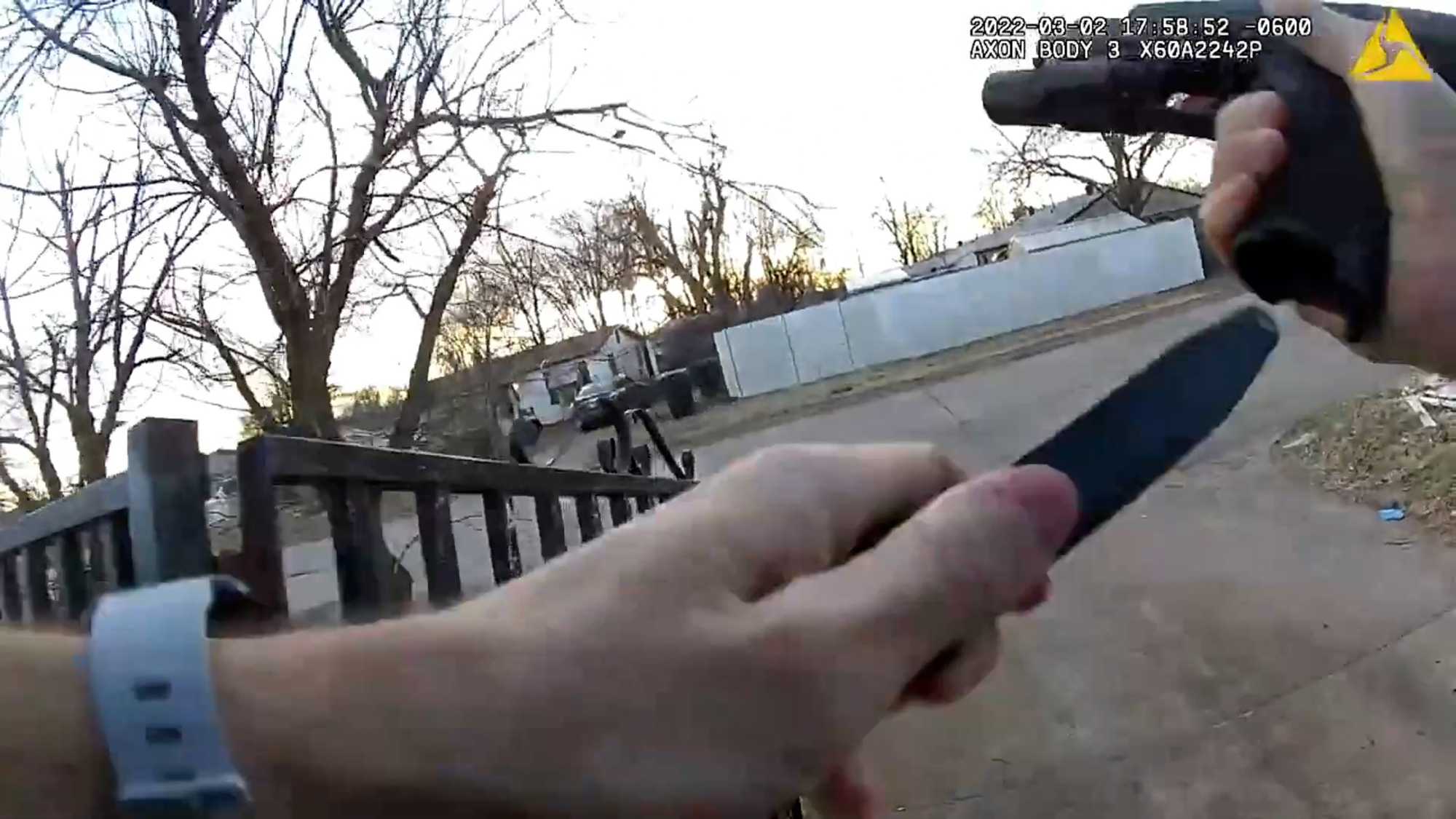 A police officer in Oklahoma was shot while he searched a suspect before returning fire and fatally wounding him.

The incident took place in Oklahoma City on March 2. The police released the information on March 16.

Footage from a body-worn camera shows Oklahoma City Police Department Officer Bryce Sheehan getting out of his vehicle and walking up to a man wearing red clothes.

The suspect, named as 23-year-old Crasteven Kennon Wilson, begins to walk away, but Officer Sheehan asks him to wait.

The police officer asks Wilson if he is carrying any weapons and the man shakes his head. The officer begins to pat him down while standing behind him.

Suddenly, the man fires a weapon at the officer. Police later said that Officer Sheehan was injured in the face by a gunpowder burn from the firearm discharging. He was also shot in the right leg.

In the footage, the officer immediately shouts out in apparent pain and puts some distance between the suspect and himself.

The suspect is then heard opening fire multiple times on the police officer, apparently hitting and wounding him.

The officer, taking shelter behind a white car, returns fire, apparently hitting Wilson. Sheehan then tells his colleagues over the radio “shots fired!” and says he has been hit.

Wilson then runs toward the police officer’s vehicle, while the officer empties his clip at the suspect, firing at him repeatedly.

The police officer repeats that he has been hit on the radio. He is seen loading a fresh magazine of bullets into his service firearm.

Officer Sheehan informs his colleagues that Wilson is running from the scene as his car, which appears to have had the handbrake released, rolls slowly towards him.

The officer then applies a tourniquet to his right leg. He is seen bleeding while he shouts to someone to put the brakes on his police car.

He then asks local residents who approach him if he’s been hit in the face. The residents say he has not. The footage then switches to police drone images showing the injured suspect lying on the ground.

Footage shows the suspect being tended to by paramedics. A police officer says in the voiceover her injured colleague was also treated and placed on “routine administrative leave pending the outcome of the investigation.”

The suspect had been seen by locals brandishing a firearm while walking through the neighborhood.

In its statement, the Oklahoma City Police Department states that Officer Sheehan has been on the force for three years and that he had been dispatched to the area after reports of a “disturbance/suspicious person.”

“A police drone spotted the suspect hiding outside a nearby residence. Officers quickly took him into custody and began rendering aid after discovering he had been shot. The suspect later died at an area hospital.”

The investigation into the officer-involved shooting is ongoing.