Weather plays an important role in how much pollen is produced, how it's distributed and how much is in the air at any given time.
By Allison Finch March 17, 2022
Facebook
Twitter
Linkedin
Email 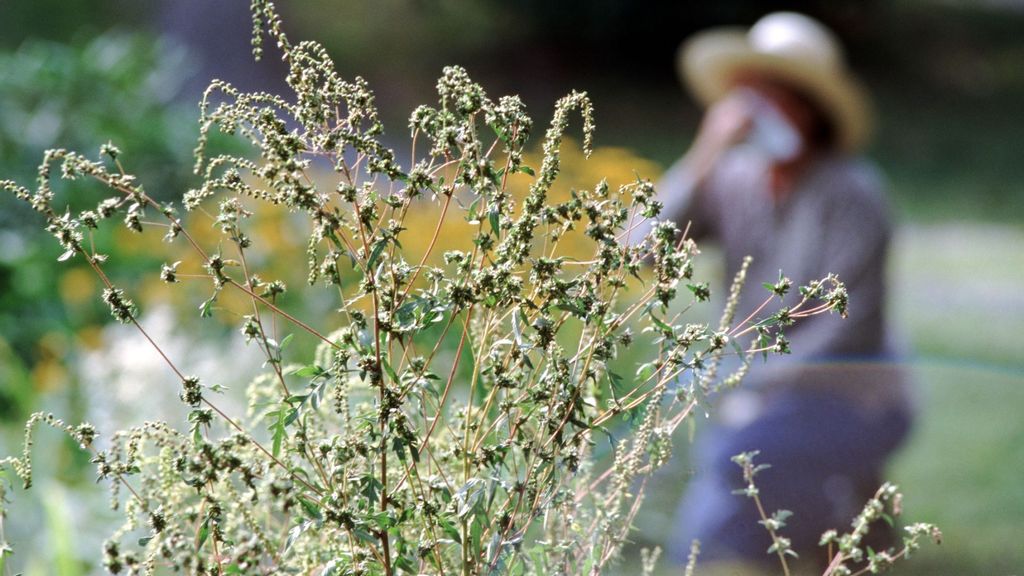 Trees are commonly the first and biggest pollen producers in the spring. By late spring and early summer, grass pollen will start to dominate, and, finally, toward the late summer and early fall, weed pollen will take over for the rest of the season. (Roy Morsch/The Image Bank/Getty Images)

The latter part of winter has been brutally cold across much of the United States, and March has brought typical wild swings in the weather. So, it’s no wonder that many Americans may be eager to get outside and enjoy the fresh air and consistent warmth. But for the millions of people who suffer from seasonal allergies, this time of year can be especially hard.

A team of AccuWeather forecasters, led by Senior Meteorologist Alan Reppert, took a deep dive into forecast data, weather patterns and climate research to forecast what the fast-approaching allergy season will be like and if there will be an extended or higher-than-usual pollen season.

According to Climate Central, a nonprofit science and news organization based in Princeton, New Jersey, recent research suggests that the growing seasons are becoming longer across the continental U.S., thus creating a longer pollen season, which could prolong the symptoms many seasonal allergy sufferers endure.

Various types of allergens can affect Americans at different times of the year and with different levels of severity. According to Reppert, trees are commonly the first and biggest pollen producers in the spring. By late spring and early summer, grass pollen will start to dominate, and, finally, toward the late summer and early fall, weed pollen will take over for the rest of the season.

The weather plays an important role in how much pollen is produced, how it is distributed and how much is in the air at any given time. When determining if the pollen levels will be high, average or low, one must take into account important factors like rain, wind and temperature.

Meteorologists warn that if you live in one particular part of the U.S., you may want to stock up on tissues ahead of the allergy season. Read below to see how each allergen is expected to affect sufferers across the country this season.

For Americans living in the Southeast, tree pollen is expected to be worse than anywhere else around the country because of the moderate temperatures and multiple rounds of rain. Although tree pollen was already a factor across the southernmost areas in Florida, Alabama, Mississippi and Louisiana by mid-March, the pollen levels will worsen throughout the spring, resulting in a worse-than-average year.

“Anytime it rains, it does actually help wash the pollen out of the air, but if it is a lighter rain, it might not wash [the pollen] out completely,” Reppert said.

Reppert said that the multiple rounds of rain in the Southeast won’t be enough to wash the pollen out of the air. This will create a pileup of tree pollen across the Southeast during the month of March and into April, meaning many people may be reaching for a box of tissues.

Much like the Southeast, the Pacific Northwest will experience a high level of tree pollen as well. Through April, moderate temperatures and rainfall will provide ideal conditions for trees to grow and little time for pollen levels to drop.

But, conditions will be better for those who live farther south in the West during April and May.

“With the lack of rain in the Southwest, pollen levels look to peak below average,” Reppert said.

Steady rainfall during April and early May will allow little time for tree pollen levels to peak in the Northeast, which will likely lead to an average or below-average season for residents who live from the Appalachian Mountains to Maine.

In the Pacific Northwest, the early-season rainfall that is set to produce high tree pollen levels will also be responsible for higher-than-average grass pollen levels, especially over coastal Oregon and Washington.

Across the opposite end of the nation, a near-average season is in store for the Northeast during the early summer months as warm weather and sporadic rainfall will result in intermittent grass growth.

Grass pollen levels will also be average in the central Rockies as tropical moisture and the monsoon start to move in during the late spring and early summer months.

For much of the West Coast, the dry season, which starts in May and continues through September, will be even drier than normal. Drought conditions are expected to worsen as a result, which will play a pivotal role in allergy season. The lack of rainfall combined with hot air will slow grass growth, hindering pollen levels.

“If there is a drought, grass and weed pollen are usually much lower,” Reppert said. “If there is a lack of rainfall, that’s really going to kill off a lot of the weeds and grasses and not let them really produce pollen.”

Yet again, the Southeast will be a hot spot when it comes to late-season pollen, also known as weed pollen. This type of pollen notoriously affects Americans before cold winter weather settles back into the north and the sun dips below a certain angle in the south.

In fact, weed pollen will dominate the entire East Coast as an increase in moisture and temperature creates a favorable environment for weeds to thrive. In the mid-Atlantic region, weed pollen levels are expected to pick up during the height of the summer. In the Northeast, weed pollen levels will ramp up to higher-than-normal levels in the late summer and early fall months.

The opposite will be true for areas on the other side of the country, where drier conditions will influence weed pollen counts.

Drier weather will begin to move into the Northwest in August, allowing weed pollen levels to drop to average levels or even a bit below average.

For the West Coast, weed pollen levels will also be lower-than-normal due to the dry season, which occurs throughout the summer months.

Meanwhile, for the Four Corners and parts of the Southwest, the monsoon season starts in mid-June, and the increase in tropical rainfall will bring moisture to the already sunny and warm areas, allowing weed pollen to thrive during the early summer months.

In recent years, on top of allergy season in the U.S., COVID-19 has added another layer of complexity since symptoms of seasonal allergies, the common cold, the flu and COVID-19 can appear similar.

While all four can cause fatigue, the common cold, the flu and COVID-19 will cause fatigue immediately compared to seasonal allergies.

Dr. David Shulan, who previously worked for Certified Allergy and Asthma Consultants in Albany, New York, but is now retired, told AccuWeather in an interview that people who suffer from allergies can become fatigued because, for many people, allergies can be highly disruptive to sleep. Head congestion can make it harder for the sufferer to get a good night of rest, therefore making the person fatigued.

Common symptoms of allergies are itchy eyes, sneezing and a runny nose. And, there’s one telltale sign that allergies are not the culprit behind your symptoms.

“If you’re running a fever, it’s not allergies,” Shulan said.

One thing allergy sufferers can keep top of mind is that AccuWeather makes it easy to track the very weather conditions that trigger allergies. Simply navigate to a local forecast page on the website or in the AccuWeather mobile app and look for the “Health & Wellness” module. Click or tap on that, and a detailed breakdown will appear showing a forecast for various types of allergens, like what’s seen in the image below.

While allergies commonly develop early in life, Shulan said that people can develop allergies at any age. The good news is that allergies are treatable.

Little changes like washing your hair after being outside or drying clothes in the dryer — and not on the clothesline — can help reduce symptoms for allergy sufferers.

Shulan noted that keeping the windows open, especially on windy days, can worsen symptoms for allergy sufferers. He said closing the window and using an air conditioner, even if it is just a window unit, can make a substantial difference.

For those who are looking for immediate relief from seasonal allergies, Shulan suggested people should take nonsedating oral antihistamines, like Claritin, Zyrtec or Allegra, which all work to help relieve the common symptoms of allergies like sneezing, runny nose and watery eyes.

If these oral antihistamines don’t seem to work, Shulan recommends seeing a doctor as the next step. Allergists can pinpoint the exact trigger that initiates a reaction.